For the Second Time (in Forever): Disney On Ice Frozen!

It was just another normal day in the office, until this FB message popped up in my inbox:

“….you were randomly selected as the winner!”

I couldn’t believe it. Disney On Ice Frozen! I won! AGAIN! What luck!

The only catch? The show was on a weeknight, Valentine's Day, at 7:30pm, all the way at Capital One Arena in downtown DC. Luke was traveling so it would just be me and the kids. Was it worth the trouble?

After a whole week of indecisiveness and discussing it with anyone who would listen, I decided to go for it. I mean, I am sure my luck has run out on winning more Disney On Ice tickets ;) 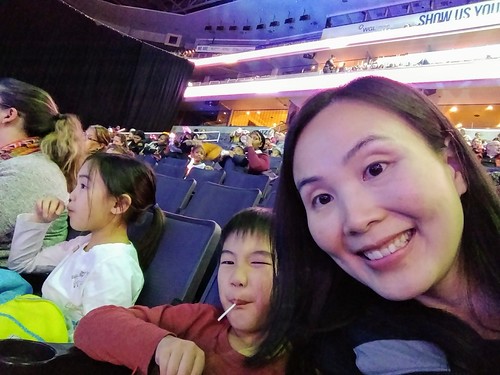 ^^Our seats were excellent, three rows back!^^

Looking back at our first Disney On Ice, my biggest complaint for that show (Follow Your Heart) was that it didn't have a coherent theme throughout...just Disney characters skating to random storylines from various movies. Well, Disney On Ice Frozen was the complete opposite, the show pretty much followed the movie entirely, with all the major songs included. It had me and the kids completely engaged. It was a terrific show! 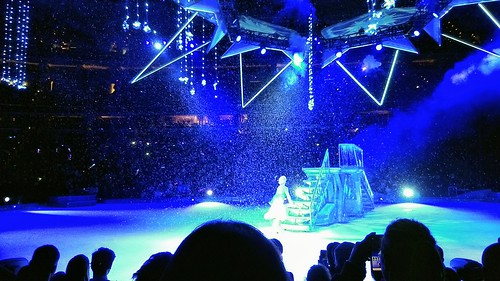 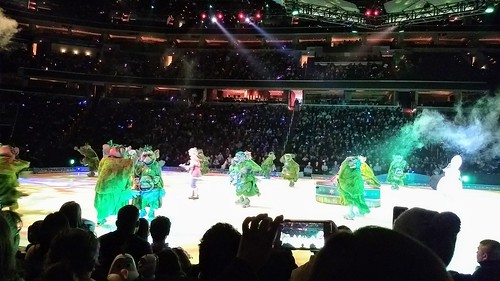 So was it worth the trouble? Well, it was actually no trouble at all, and yes, it was a great night!

Now that I have seen Disney On Ice twice...I don't think I have to see it again. Unless I win...again :) Thank you Beltway Bargain Mom for making our Valentine's Day 2018 special!

--
Few things I want to remember:
- My dad came along for moral support.
- My biggest worry was how to get there and back. At first I thought about driving, but Luke convinced me otherwise. So, in the end, we metro'ed in and planned on catching Uber back. But, the Uber driver wouldn't take the kids (both under 8 years old) without carseats (we had done Uber before without carseats without any problems), so we metro'ed back too. I knew it was going to be a late night, but that made it even later than expected.
- Still, the kids were completely fine. They had their phones :) They were very pleasant the entire evening.
- I picked up Will earlier that day (2pm) from school so he could nap at home. I wanted to do the same with Anna, but she didn't want to miss out on exchanging classroom valentines, so she had a full day of school.
- I didn't work the next day, so it was fine that the kids slept in the next morning till 8 (usually their wake up time is 6).
- When I first asked the kids if they wanted to go see Disney On Ice, they were meh about it. But then I promised them Pringles and lollipops during the show and they were all in ;)
- Anna liked the Olaf song the best. Will liked when the snow monster came out. I especially loved the multiple special snow effects. 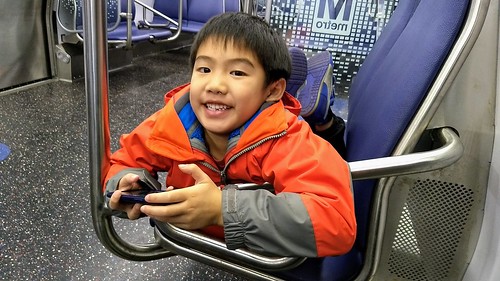