Wow, it has been a while….so much for my goal of bringing regular blogging back to my life, huh?! Anyway, a happy 2018 to you and yours :) Is your new year off to a great start?

While everyone’s first blog post in the new year is reflecting back on 2017, mine will be a catch up post. Not that my life is jam-packed, but I just feel the need to document everything so here we go.

After seeing Santa in early-mid December, the kids started on their winter break a week later. That first weekend, they went to a fun bowling birthday party and also wrapped up their 6-week swim lessons. On the last lesson, they did a series of tests and both passed to move on to the next level! The kids can now swim freestyle from end to end of a 25-meter pool using some regular side breathing :) 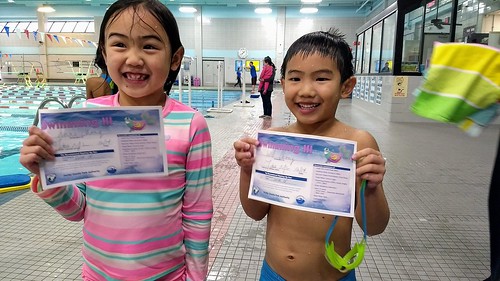 During the first week of winter break, my studious children did a lot of this: 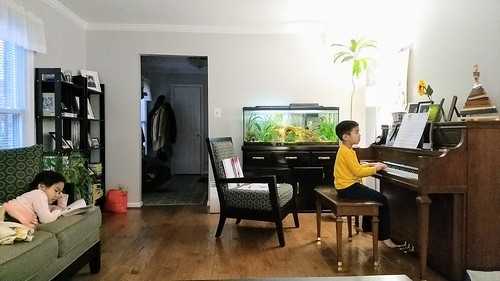 They only did this when they have exhausted all other options and were tired of hearing me telling them no to video games.

Anyway, after I started my time-off from work mid first week, we went into DC one morning to see the National Christmas Tree. We missed it last year because of Taiwan, so it was fun to bring that tradition back this year. 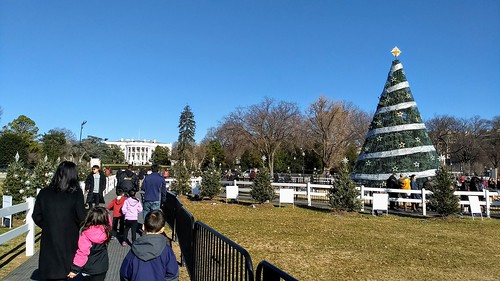 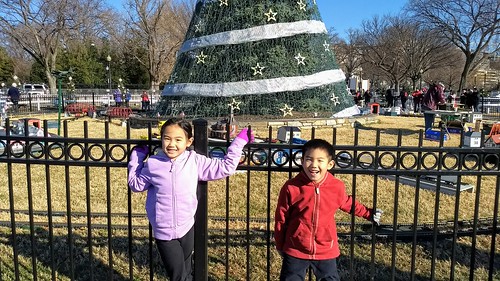 For the most part, this holiday season was quiet. We talked about taking a trip all December (which we did end up going), so because of that, very minimal Christmas decorations were done. We didn't even bother putting up the big tree, and instead, the kids decorated their little tree with the same old handmade ornaments from 2013.

On Christmas Eve, we baked sugar cookies and tucked two very excited kids in bed. It's soooo much fun that they still believe in Santa :) We also remembered to leave the hat that Santa left two years ago next to the cookies/carrots :) 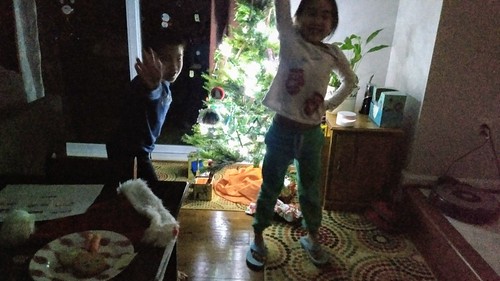 After the kids were tucked in bed, I brought up all the presents I had been hiding from the basement and set it up for next day. 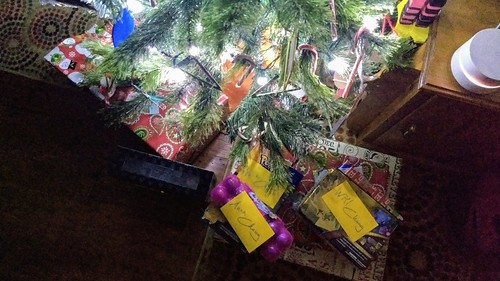 The next morning, the kids woke up right on time and found that they got everything they wanted for Christmas! Anna's most beloved gift was one dozen hatchimals. I think Will loved his Pokemon figures the most. 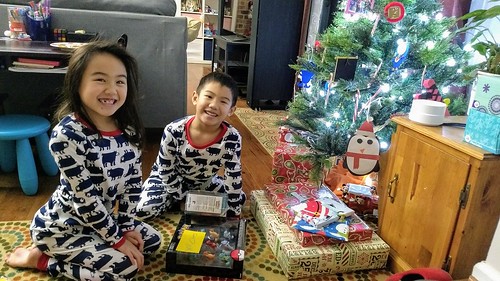 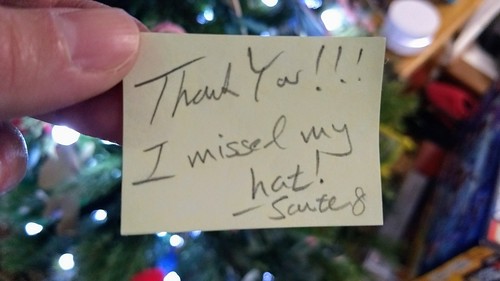 Unfortunately, it wasn't a normal relaxing Christmas morning. After presents were opened, we ate a quick breakfast, put stuff in the car and hit the road! Destination: Orlando. I will blog about our quick trip that involved too many hours in the car in the next post!
Email Post
Labels: catch ups love