A Winter Getaway to Orlando: SeaWorld and LEGOLAND

I am way too lazy to write in coherent paragraphs about our December visit to SeaWorld and LEGOLAND, so here are some random thoughts in bullet points to sum it all up.

- We went to SeaWorld on our first full day in Orlando. It was our first visit as a family! 3 out of 4 of us liked the park. I will give you one guess on who was the odd man out ;)

- Anyway, checklist time. We did: One Ocean, Dolphin Days, Antarctica: Empire of the Penguin, TurtleTrek, Journey to Atlantis, Wild Arctic and Shamu’s Happy Harbor. We also walked a ton and encountered a bunch of animals! 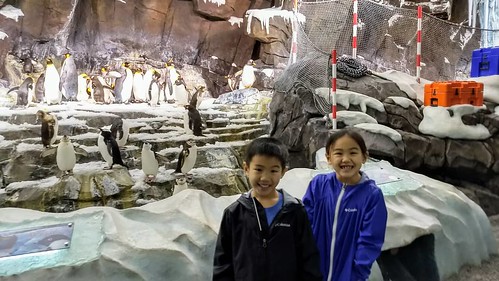 ^^It was freeeezing in Antarctica!^^

- In the middle of Shamu's Happy Harbor was this giant climb structure. We unleashed the kids and they happily climbed for a long time. Love that they have each other and are old enough to do this on their own. Other than this and Shamu Express (roller coaster), all the other rides at this kidde area were too baby for my big kids. 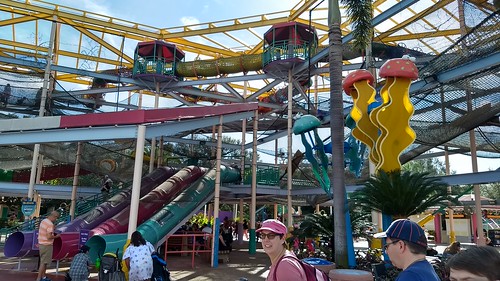 - The best part of our visit was the dolphin show! It was very well done, loved the music and the upbeat energy throughout. Although I didn’t find One Ocean as good (it was honestly just a lot of splashing the audience), I was glad that we got to see it before the attraction closes in 2019. 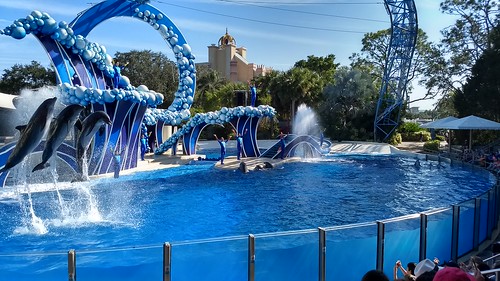 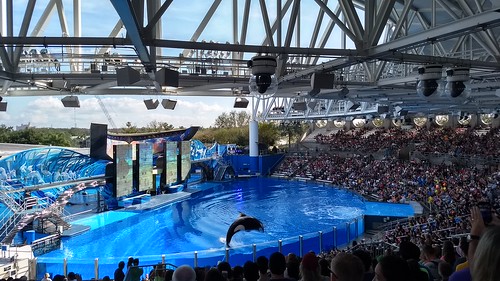 - I think we spent almost 7 hours at the park? By the time we left, 3 out of 4 of us claimed that he/she literally couldn't walk another step. I will give you one guess on who could’ve stayed at SeaWorld forever :) 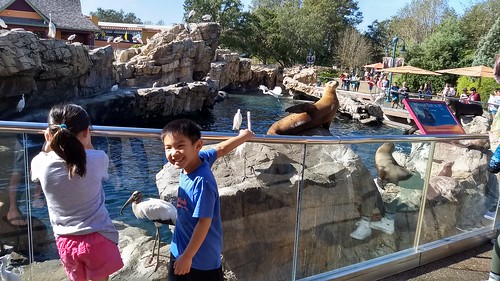 - Oh, for lunch we ate at Voyager's Smokehouse. Kids got kids meals and Luke and I shared a bbq meat platter. It was just OK. After we left the park we went to a Chinese buffet for dinner...that was better, and a lot cheaper.

- I love that do we penny press as souvenirs. Cheap, easy and memorable. 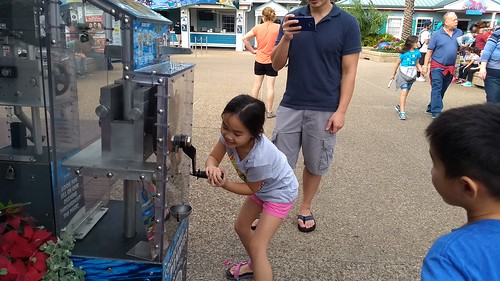 - I hope we will be back at SeaWorld one day. The kids and I enjoyed it and they even said that it's their favorite park after Disney :) Maybe they only said it to make me happy though...

- First things first. Staying in Orlando, LEGOLAND was about a 75-minute (one way) drive for us. That was probably the worst part of the day -- the drive.

- Hands down my most favorite part of LEGOLAND was Miniland USA. I just loved walking among Lego structures of various U.S. cities such as Vegas, New York and DC! 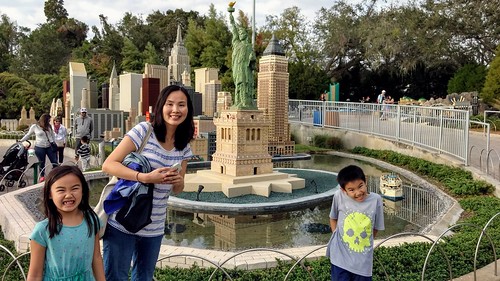 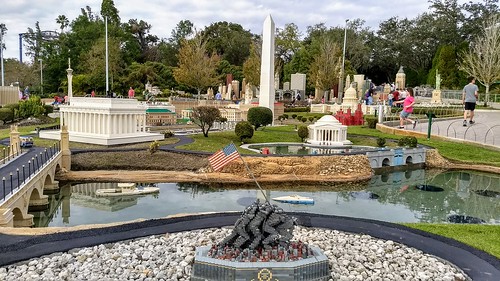 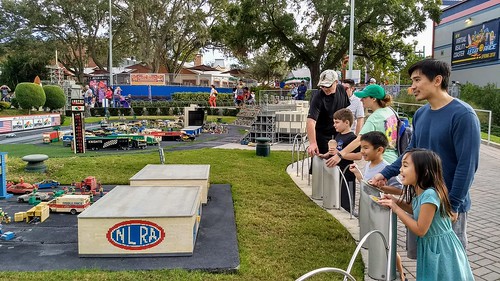 ^^There were buttons to push to make the structures interactive. Here the kids were racing cars in Daytona.^^

- LEGOLAND rides are very similar to those of Busch Gardens...a few notches above Kings Dominion and Dutch Wonderland, but can’t hold a candle to Disney World... 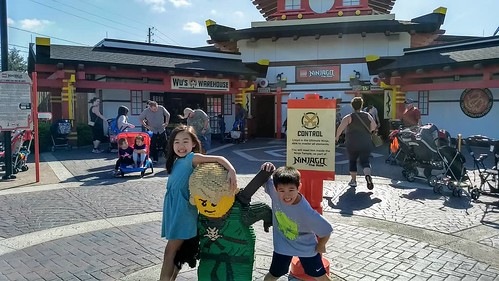 ^^It was fun for the kids to see their favorite characters come to live.^^ 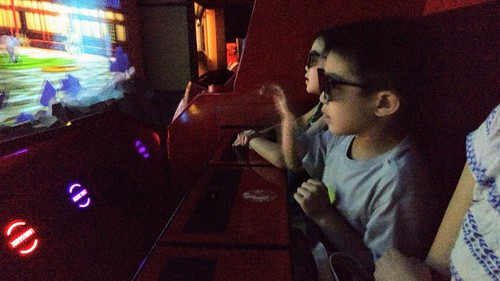 ^^Blasting fireballs at the villains during LEGO NINJAGO The Ride!^^ 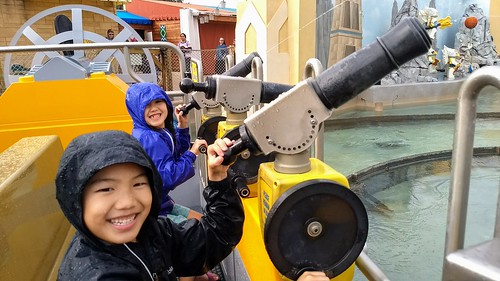 ^^Luke didn't want to go, so I took one for the team and got completely drenched on Quest for CHI with the kids!^^

- The second worst thing about LEGOLAND was the lines. Can you tell from my blog posts that we are not the most patient people? But seriously, the lines weren’t long, but they moved painfully slow. On many rides, there is a separate section for kids to play in while the parents wait in line. Then there is a gate near the front of the line for them to re-enter once it's almost our turn to ride. Well, the lines were short enough that we could by-pass the “wait here and play” area, but then the wait was still another 20-25 minutes! Just terrible. 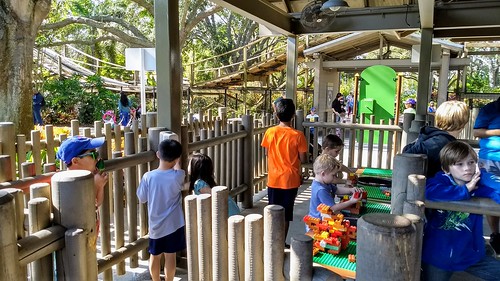 - Now I truly appreciate Disney’s "fastpass+", which is included in base admission….to get LEGOLAND’s “fastrack”, it’s an additional $85 per ticket.

- I didn’t think we made the greatest use of our time at LEGOLAND. First, right when we got in, we foolishly waited in line for Mia’s Riding Adventure, which turned out to be the only ride in the park that our kids didn’t meet the height requirement. We wasted about 10-15 minutes right there when the park was still fairly empty. After we left Heartlake City, instead of rushing to get on rides, we went to see Nexo Knights 4D movie. The theater has seats for 700 with showings throughout the day…. what were we thinking…more time wasted!! Then after the movie, we got apple fries instead of getting on, um, RIDES?? Anyway, all this is to say that we didn’t use our time wisely at the beginning of the day, when crowds were thin. 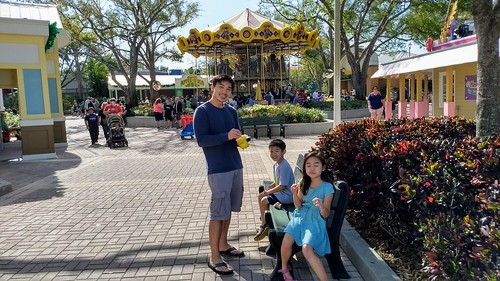 ^^Apple fries were very good though :)^^

- Overall, We all liked LEGOLAND and were glad we got to experience it together as a family. Although, since it's further away, I highly doubt that we will ever go back. IF we do go back though, I would love to spend two days at the park with an overnight stay at LEGOLAND hotel :) That would be the best. 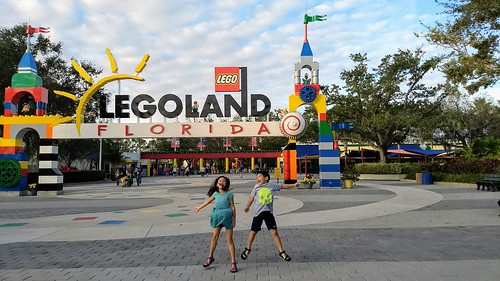