Seeing the Real Santa at the Freeman Store in Vienna VA

Ever since learning about it in 2015, we have been going to the Freeman Store in the Town of Vienna to see Santa. As I have mentioned it on the blog before, this is such a low-stress, hassle-free, non-commercial event. We simply love it! 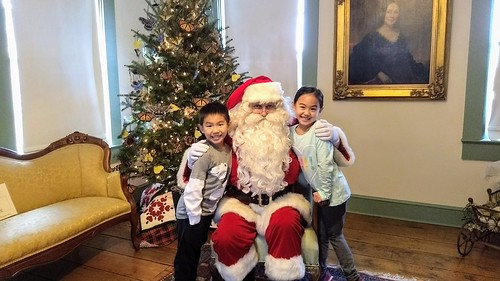 Now that the kids are older, they have figured out that they can ask for more than one Christmas wish and Santa WILL deliver. They both asked for four things this year and now Luke is doing some last-minute shopping. Anyway, the visit was short and sweet and the kids got candy canes on the way out! 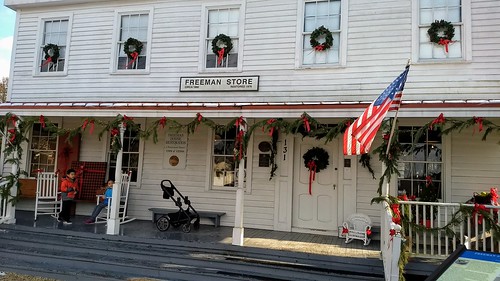 Outside, the Freeman Store is festively dressed for the season. 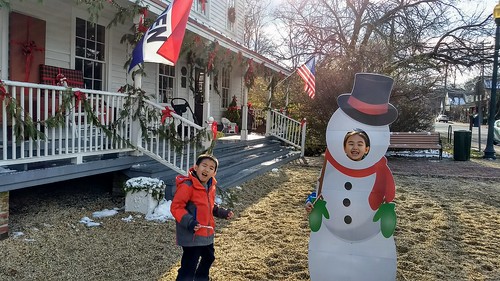 I wonder how long the kids will keep on believing in Santa? On the way home, Anna asked, "How can Santa live for so long?" Luke later told her that Santa is like wizard, not a regular person. Haha, she believed him.

14 days until Christmas!!
--
Tips for Your Visit to See Santa at the Freeman Store:
1. It's too late for 2017, but plan ahead for 2018! Santa makes appearance on the first two Sundays of December, from noon to 2pm.
2. In the past, we always showed up around 11:45am to be one of the first ones in line. This year, we couldn't get there that early because of swim lesson, so we went at the end of the 2-hour slot instead, at 1:40-ish. There were only two families ahead of us and we only had about a 5-minute wait!
3. There is hardly any advertisement for this Santa event, you just have to sort of know about it and THEN go to the website (which is not really up-to-date either) to look for more information.
4. I talked to one of the elves, and she said the previous weekend about 70 children came to see Santa.
Email Post
Labels: Around DC love