Happy 6th Birthday to Will!

A few weeks ago, Will turned 6!

A few weeks prior to that, we asked him to make a birthday wish list. 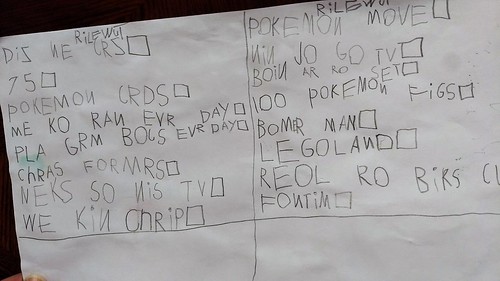 Yes, I couldn’t understand most of it either, haha, but after he explained it to me, it made me laugh.

He first and foremost wish list item was a Disney Cruise :)

His second request, “75”, was more doable. He was referring to Pho 75, where we have celebrated countless birthdays in our family, so we knocked that one out the weekend before his birthday. We went big and got 3 large bowls! 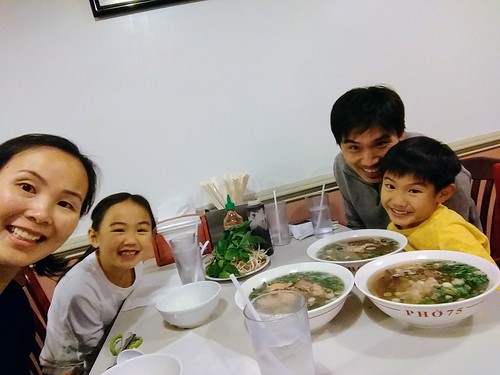 Then he also asked for lots of TV (Nexo Knights, Ninjago), video games, Pokémon stuff, his favorite lunch (Mi Goreng) all week, a bow and arrow set, Rubik’s Cube. His big birthday outing was watching the newest Pokémon movie in the theater...so overall I think he was a very happy birthday boy.

His birthday fell on a Wednesday this year, so it was a regular school day, but he did wake up to balloons and presents :) That night, we had dinner at home and then birthday cake from Baskin Robbins. We kept it simple for sure. 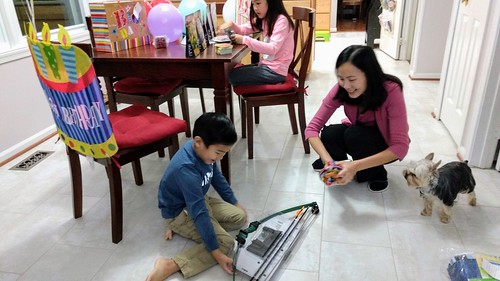 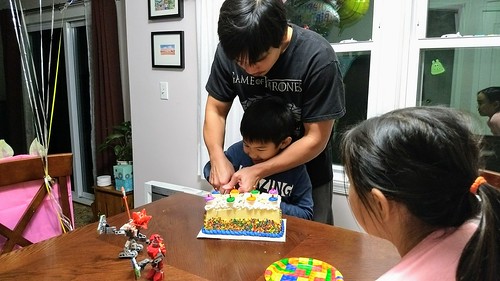 Ever since his 3rd birthday, my parents have been taking him to Chuck E. Cheese's, but we just decided that we weren't going to do CEC anymore. However, the weekend after his birthday, we actually attended a birthday party there, so it was like the tradition continued...just without the price tag ;) 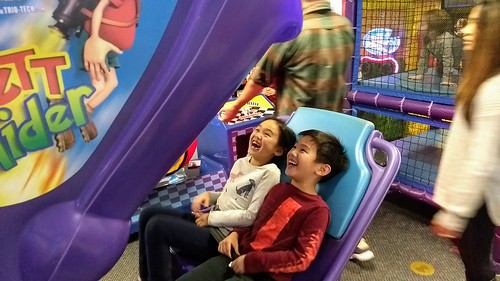 Then the next day, he had so much fun at a laser tag birthday party :) 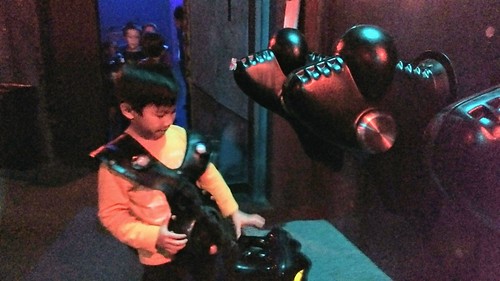 We told the kids that 2018 will be the year they will actually get birthday parties for themselves! We will see if it actually happens...

Will is the best. He has a good attitude, which makes him easy to deal with and easy to teach. He’s doing fantastic in piano and his teacher is amazed by his abilities. At school, he’s loud and likes to joke around with his friends, but academically, he’s doing great too. His K teacher has nothing but wonderful things to say about him. Will is careful and neat in his work, easy to negotiate with, 95% happy & smiley, cute & funny in his mannerism, and just overall a great kid!

I only wish that he wasn’t so fixated on video games and TV, but as long as he does well at school and practices his piano, I will try to deal with it. At least nowadays he knows not to ask for screen time incessantly. He learned from experience that he only needs to ask once and if he behaves and does all his work, we will give it to him later in the day :)

Right now, besides piano, Will is also taking swim lessons. He’s the youngest in the class, but still keeps up just fine. However, he thinks it’s hard and since he doesn’t like “hard things”, he can’t wait until the lessons are over. We will sign him up for soccer again in Spring, which he loves. Also starting in January, I plan to send him and Anna to Chinese school.

Two things I want to remember:
- For his birthday, my parents gave Will $1000. We asked him if he wanted to use the money to buy anything. He said, no, he wants to save it all for a Disney Cruise. He said that he just needs to have 4 more birthdays and he will have enough money to go. (We told him a Disney Cruise is $5000.)
- Will was looking over Luke's shoulder as he browsed Redfin on his phone. Luke said, “I like this house.” Will said, “Then buy it. Where is the “buy” button?”