Last month, we took a family trip to Disney World! 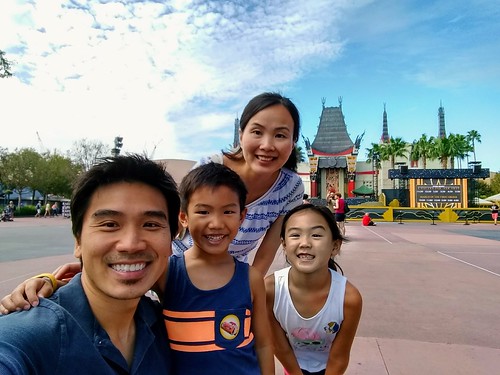 It had been 3 years since our last visit and we all very much looked forward to it. We left on a Wednesday after school & work and caught an evening flight out. By the time we checked into Pop Century, it was around 10:30pm.

We stayed at Pop Century again for budget reason but also for nostalgia. All the kids know about Disney resorts is Pop Century and it’s their happy place :) We got a room on the ground level of a building in the 60s. It was convenient to the pool, transportation and food court.

One evening they had props out for pictures. Of course we had to do it :) 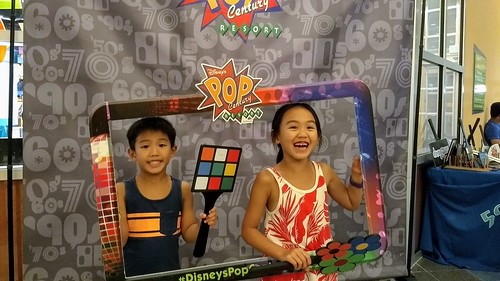 Even though we said again and again that we won’t do Disney Dining Plan again, we did. This time, though, we only had Quick Service, so at least no dining reservations to adhere to. It was great! I didn’t think we overate until the very last day when we were hurrying to use up all the meal credits. 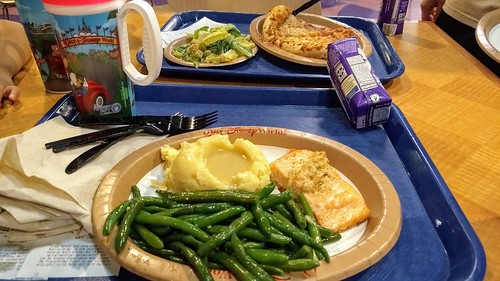 ^^My all-time most favorite meal at Disney!^^

I thought September would be less crowded but I was wrong about that. Boy, don’t kids go to school?? ;) It was also very hot. In a way, it was good that no hurricanes blew through while we were there (Irma had just happened days earlier), but still, the heat. The kids were troopers though -- no strollers, walked in the heat and waited in lines like champs.

But truthfully, it didn’t feel like we waited a lot for rides. For the most part, we used FastPass+ to bypass the lines. For anyone going to Disney World, I am sure you all know that you can make 3 FastPass+ reservations in advance, but did you know that after you used up all 3, you can make more one at a time? That was amazing. One night at Magic Kingdom, we did just that and we were able to just walk-on on soooo many rides!

Some rides I didn’t want to get on because they make me sick, like Mission Space, so Luke did it with the kids while I rested. 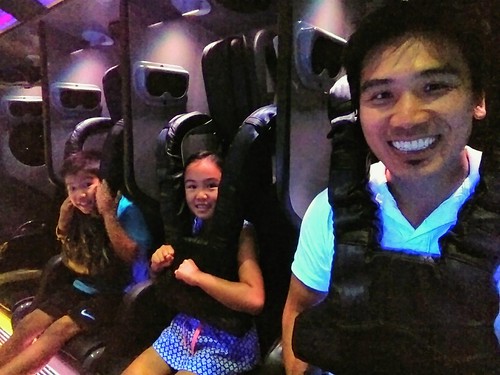 After years of wanting to eat at Be Our Guest, my dream finally came true. I started attempting to make dining reservations as soon as I was able to (180 days out), but had no success. It was actually Luke who somehow miraculously got us not one, but two last-minute breakfast reservations!

So one time, we sat in the ballroom and the next time in the West Wing. 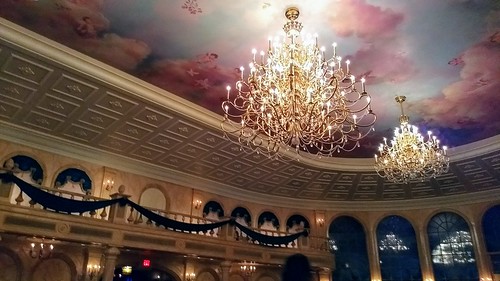 It was pretty cool to finally see the inside of the castle :), even though on both visits we had a kid throwing up. Yes you read that right. Sheesh! 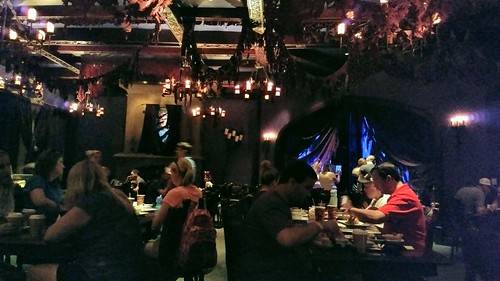 Having taken the kids at 2 years, 4 years and, most recently, at 5 and 7 years old, I think to myself, why did I take them when they were younger? I mean I have fond memories of those previous trips, but dealing with diapers and naps couldn’t have been much fun. This time, the kids were able to understand and appreciate, but still young enough to buy-in on the Disney magic. It was perfect! 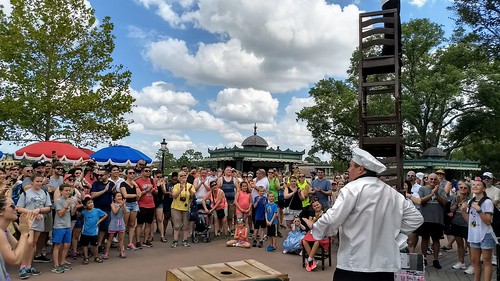 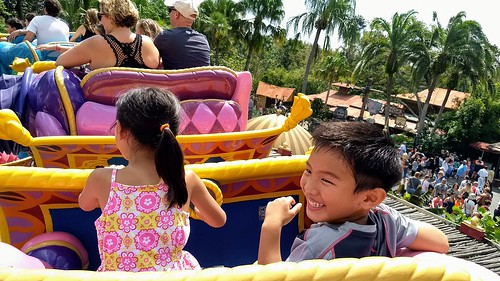 We had so much fun on our vacation and miss it already. We plan to return - 2020!
Email Post
Labels: Everything Disney travel