We are a week and half away from the first day of school! This week is the last week of summer camp for the kids. And for the first time the entire summer, they are at different camps (Gymnastic and Dance for Anna & Jr. ROCS for Will). Both are doing just fine, but they said they would rather still be together :) Next week, I am staying home with the kids. I have a few field trips planned and I hope we will get to all of them. After a whole summer of camps (with an exception of two weeks of vacation), it will be good to have a break in the routine before school starts.

/1/ Last week the kids passed the "deep water" test at camp! All summer they played at the shallow end of the pool, but last week they finally worked up the courage to take the test (swimming from end to end without stopping). They were just so elated about the fact that they passed. Luke and I were soooo proud! 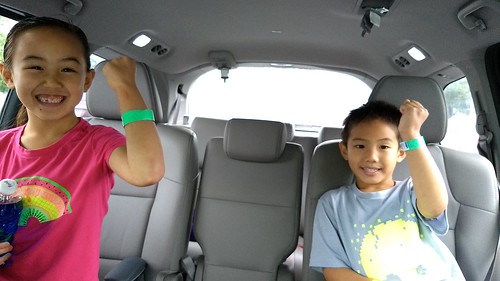 ^^Showing off their swim test bracelets!^^

/2/ Mango turned ONE YEAR OLD. We made him a peanut butter cake, lit a candle, sang Happy Birthday, got him presents and everything :) 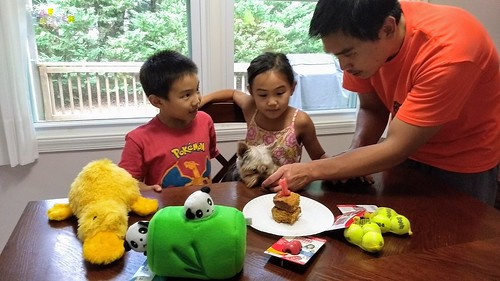 Unlike our other dogs who never played with toys, Mango actually plays and it's so fun watching him chasing and catching balls, tossing and thrashing his stuffies. 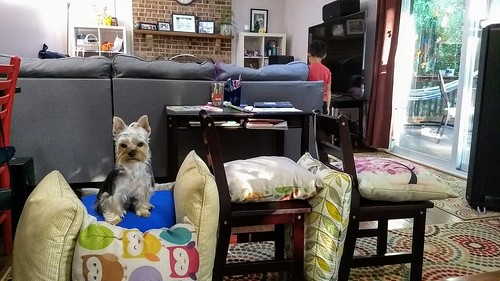 He's also a good sport when the kids want to involve him in whatever it is they are doing. In the picture above, they were playing "Moana"....Mango was Haihei.

/3/ Have I mentioned that I started Will on piano lessons? He has had 3 lessons so far and it's going well! I used to think that kids just need parents to push them to practice, but now with Will, I see that not all kids need that. Seriously, Will practices on his own without me saying a word. When we practice together, he begs to play more. Such a difference! Anyway, he's doing great -- flew through the first book (yes already!) and starting on the second one.

/3/ I took the kids on an outing to Glen Echo Park in Bethesda (MD), which is a park very close to my workplace and I drive by it every day. When I saw this deal on CertifiKid, I thought it would be the perfect opportunity to do some activities there while visiting for the first time. Turned out the deal was just OK...the kids have already forgotten about the jellyfish they made at Saturday Art Explorers and two rounds on the carousel was an overkill. 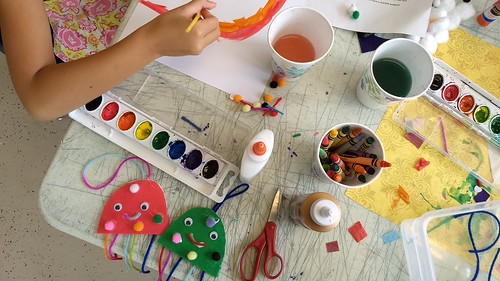 But, the park itself was pretty good, lots of artsy things/exhibits such as pottery and glass blowing. We saw a pottery demonstration inside a yurt and the kids seemed fascinated. However, the most memorable and fun part of the outing was probably this wacky water fountain. 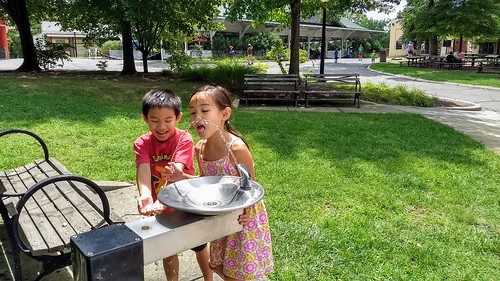