/1/ Will's school puts on a music show every year and this year, it happened back in March. Having attended the last two years (2015 and 2016), I was feeling meh about the whole thing. I mean, the show didn't start until 7:30pm, which is when the children are usually in bed, and I just haaaate messing with routine, especially when it cuts into my TV time, ha. Well, it turned out to be a great show, definitely worth the later bedtime and missed shows :) I adored seeing Will dance and perform on stage! The last few songs sang by the kindergartners (but the whole school performed in the back) brought back so much memories as well. I think I actually teared up during "The Tree Song." In two short months, we will be saying goodbye to this school forever. It's going to be the saddest day ever. 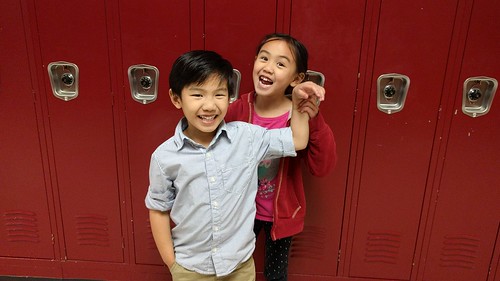 ^^So handsome! Click here for a picture comparison -- same shirt!^^

/2/ We got a hammock for the screened-in porch and it has been a great source of entertainment for the kids. On a good day when they get along really well, they can spend hours out there. It's great for me because they are outside, but I don't need to keep an eye on them like I do if they are out in the front yard. 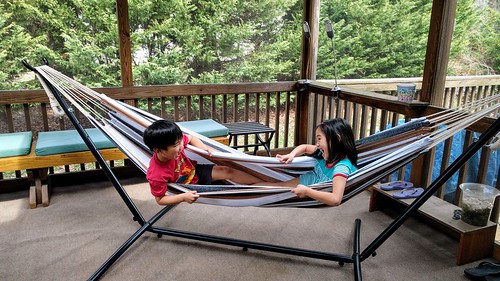 /3/ Mr. Mango is settling in well with the family. He's becoming really good at letting us know when he needs to go outside. He will hang around by the front door, waiting for us to notice him. Or sometimes he will even ring the bell that we have hanging by the door. And to the kids, he's still the best thing ever. 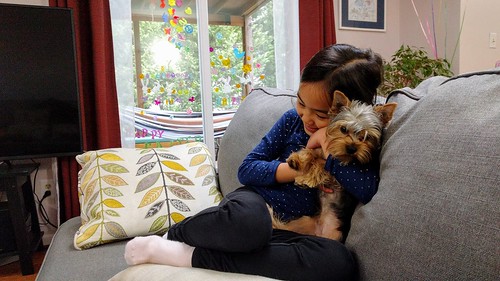 /4/ I didn't "go" anywhere to view the cherry blossoms this year, but when I saw the cherry trees in bloom at the elementary school, I took the shot below. I didn't filter it or anything, the sky was really that blue that day. So pretty, right?! 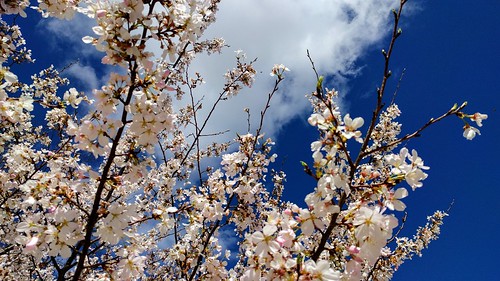 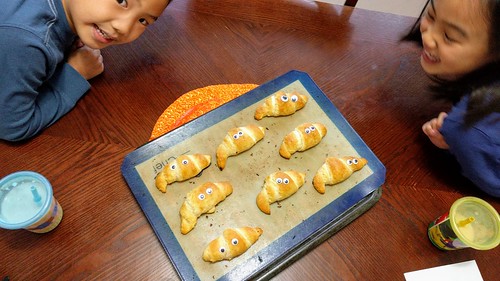 /6/ We went away for 2 nights/3 days for Spring Break. I will blog about it soon! 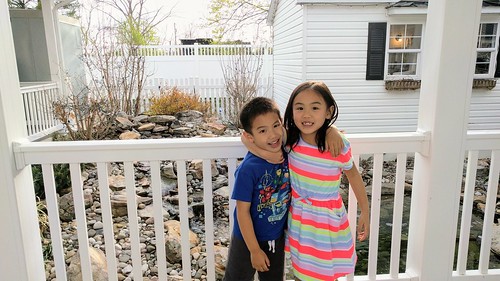 /7/ The day before Easter, I came across this cute idea and just had to try it out before the kids get any bigger. #nailedit 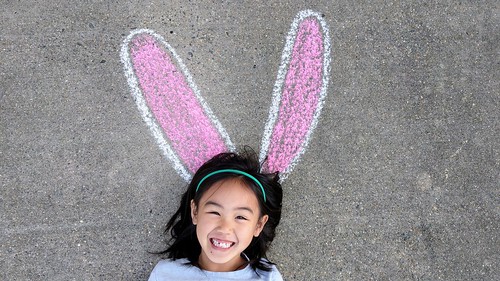 The kids ended up drawing their own set of bunny ears. 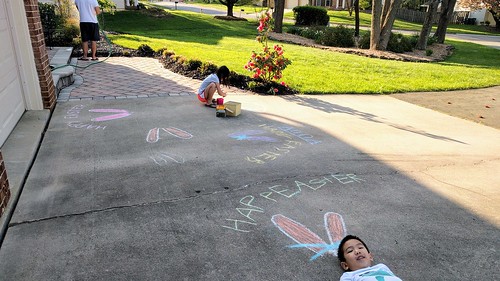 Both kids said MY egg hunt was the best one ever! 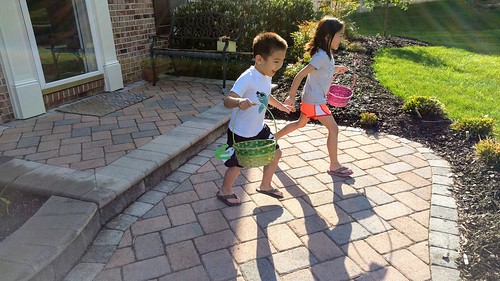