On the last day, just before we got on I-81 to leave Harrisonburg, we stopped by Krispy Kreme for some donuts. The kids have had plenty of Krispy Kreme donuts before, but this was only the second time they have been inside a KK store. The first time was at Myrtle Beach, but, of course, being 3 and 1 at that time, they don't remember a thing. The best thing about traveling as they get older is that they will actually have some sort of recollection of the trips now :) 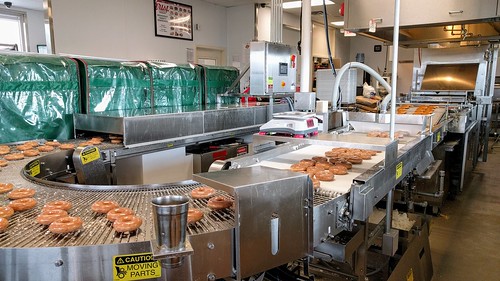 There is nothing like warm fresh donuts. We got a dozen of them. 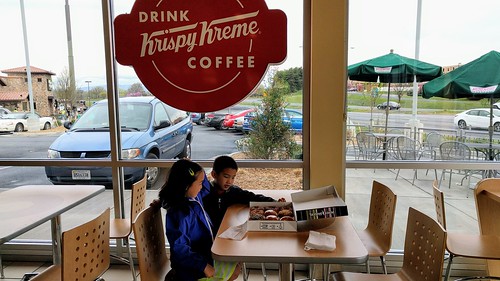 Our next stop is along I-81, Route 11 Potato Chips in Mount Jackson. It was fun for all of us to watch chips being made, sample all the flavors, and purchase snacks to take home. The staff members were super friendly and gave us a brief and informative tour of the viewing area. 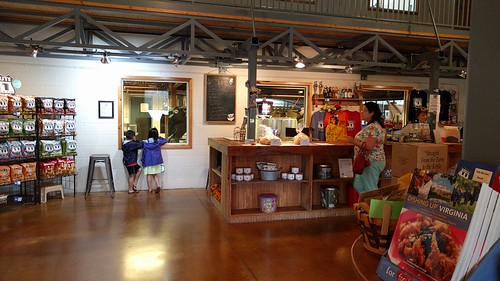 Their best-seller is "Lightly Salted" and unfortunately, that's the only one I can recommend. The other flavors we bought, "Mama Zuma's Revenge" and "Sour Cream N Chive", were way too salty. Funny how they didn't taste that salty when we sampled them at the factory though. Nevertheless, this less-than-30-minute pit stop was worth our time and allowed us to stretch our legs before moving on. 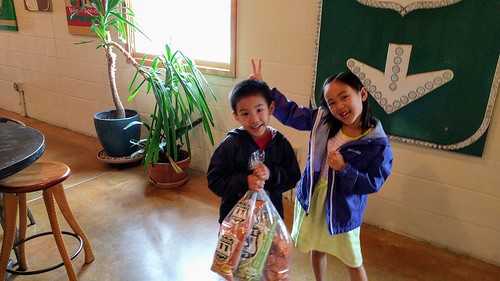 Finally, our last stop was just 40 minutes away from home, Burnside Farms!

This was by far the most anticipated part of the entire trip for me. I found out about this little "Holland in Haymarket" a few weeks prior and was just dying to go. It worked out sooooo perfectly. I had been checking in daily on their FB page to see when they would be opening, and when they finally announced the date, it just happened to be the day we were passing it on the way home from our road trip! As I said, perfect. 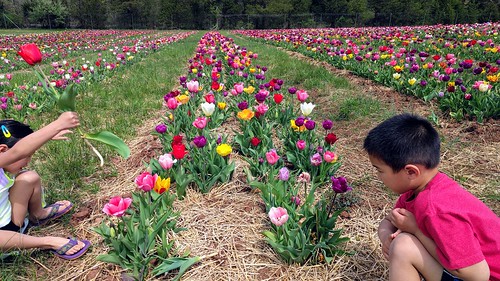 Although timing worked out perfectly, the farm was subpar. Yes, tulips as far as eyes can see, but that's it...? Plus, there were some opening day glitches (biggest for me was that the dutch wooden shoe display was not set up yet -- missed photo op!)  that made the entire experience just OK. The admission was $6 per person (off-peak price) and the tulip was a dollar each, so not exactly a bargain. I limited the kids to two stems each :) I will say that the flowers lasted for a week after we got home...grocery store tulips never last that long for me. 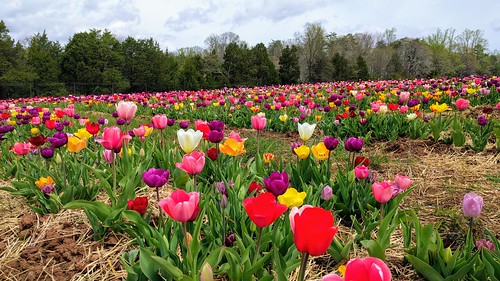 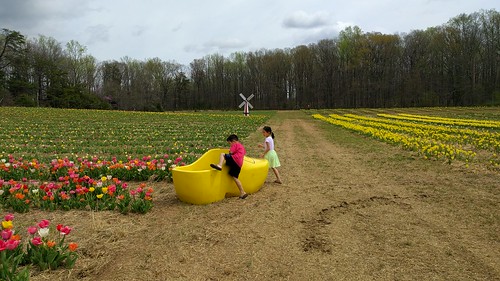 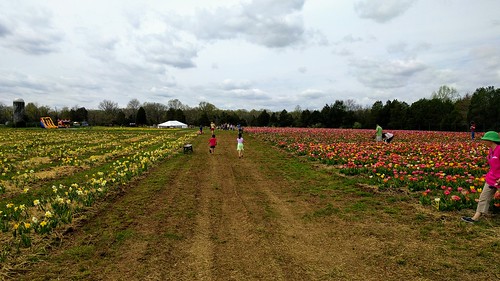 ^^This is when I told the kids "no more pictures!" and they ran all the way to the bounce features (far left).^^

So this was our Spring Break 2017. Nothing warm and beachy, but at least we got away for a few days. Last year was similar -- we went to Roanoke Virginia. Maybe it's inadvertently becoming a tradition of ours to explore different parts of VA during Spring Break :) I don't mind. Small close-to-home trips are really just as good as those far-away ones.
Email Post
Labels: Around DC travel