easter egg hunts 2017 (& two strategies for attending those free ones)

This year as I was searching for Easter egg hunts to take the kids, I noticed that a lot of them have an age cap at 8 years old...which means Anna’s egg hunt years are almost numbered! Sad face! So, I decided to take the kids to more than one hunt this year just to make sure we are all sick and tired of them by the end. Now, I swore off those free egg hunts a few years ago due to a bad experience, but this year, I had two strategies up my sleeves to make them enjoyable. The egg hunts we attended are listed below, along with my strategies :)

EGGnormous Egg Hunt (Lake Fairfax): We lucked out on this one and here is why. At the oldest age group (7-8), there was significantly less kids than all other age groups, so even though Will was supposed to be with another age group (5-6), he hunted with Anna instead. Strategy #1: Unless the age difference is really obvious, find the group with the least number of kids and get more eggs that way! I noticed that there were some really young kids at the oldest age group, but no one cared. I think as long as the kids move up, instead of down, it's okay. For example, I wouldn't let the kids hunt in the toddler group. The kids ended up getting a bunch of eggs here, but all just Tootsie rolls, so nothing too exciting. 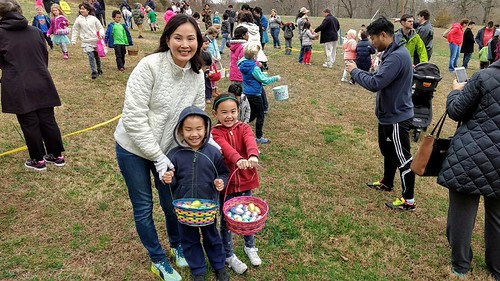 Easter Eggstravaganza (Tysons Corner Mall): The egg hunt portion of this event was a mess. Everyone (adults and children) all moved in one direction and soooo many eggs got stepped on and cracked. But this turned out to be a great event for us because I did one of the smartest things ever. Strategy #2: Don’t try to do it all! In this case, we did do it all, but toward the end, instead of grabbing for more eggs, we went on with other free activities while other children were still scrambling for them. In fact, by the time we got our balloons and face painted, people were just starting to line up. WIN. My kids actually haven’t gotten their faces painted all that many times (maybe once or twice?), so it was awesome for them. Also, the Easter Bunny happened to be one of Anna’s before-care teachers from school, so we got extra attention :) 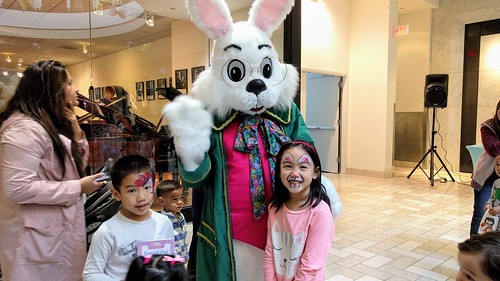 Old-Fashioned Egg Roll and Easter Fun (Vienna Town Green): There were a lot of people at this event but using Strategy #2, we still had a nice experience at this annual town tradition. While many people stood in line for more popular activities, when I saw the bounce house nearly empty, we went there instead. 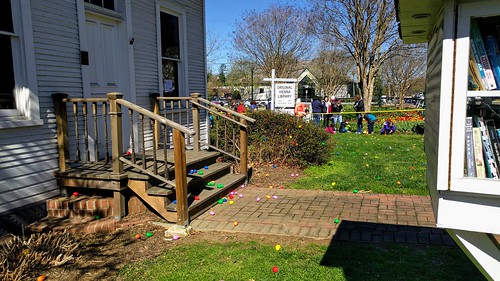 SACC (Anna’s Before-Care) Eggstravaganza: I think the kids said this was their favorite because instead of just candies, there were small toys. Rubber duckies, erasers, yo-yos, stickers, tattoos, slinkies. Also, Anna was extra happy about this hunt because she got to help stuff the eggs that morning. In fact, it was a rainy day and I wasn’t even going to take the kids, but because Anna was so excited about it, I just had to :)

--
This weekend, on actual Easter, we will wrap it up with one last hunt. In our front yard :) And if I can get my act together and buy some lollipops, I will do this again. 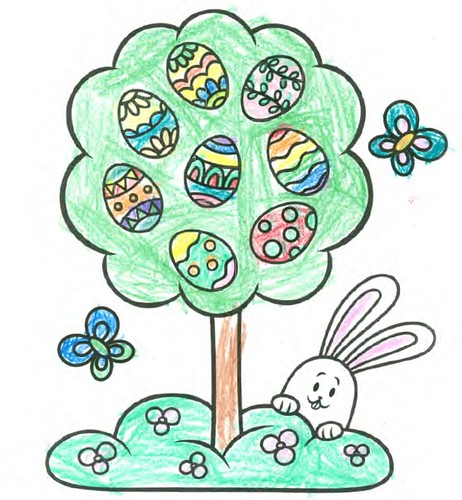