Spring Break 2017: 5 Things To Do With Kids In Harrisonburg Virginia 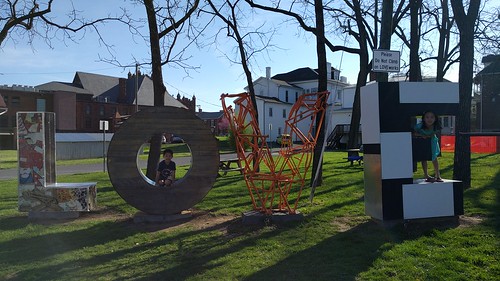 Last week the kids were on Spring Break.

Actually, to be completely accurate, Anna was on Spring Break...Will's school was still in session, but since Anna was home, we just kept him home as well. We didn't plan to go anywhere originally, but we ended up finding ourselves about 2 hours away from home in Harrisonburg (Shenandoah Valley) for 2 nights/3 days. It was a very low key and inexpensive trip. The single most expensive thing we spent on was boarding the dog. Money aside though, we found Mango a very good pet sitter and it was great knowing that he was having fun while we were doing the same. Without further ado, here is a list of notable things we did in H'burg! 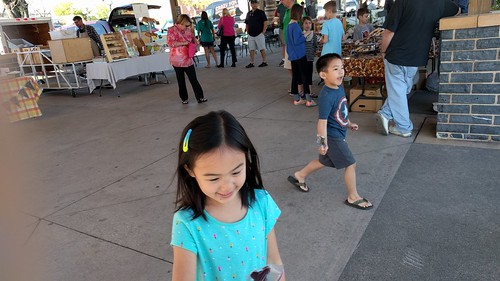 At this moment, the farmers market in downtown Harrisonburg is open twice a week, on Tuesday and Saturday, so we totally lucked out that our short stay included one of those days. The unfortunate part was that since it was still so early in the season, vendors were sparse. However, the most important one was there...a homemade lollipop stand :) The lollipops were 50 cents each and came in assorted shapes. Both kids got the bunny shape, and they behaved like angels for the rest of the day, just happily sucking on their lollipop as we drove around. Best dollar spent. 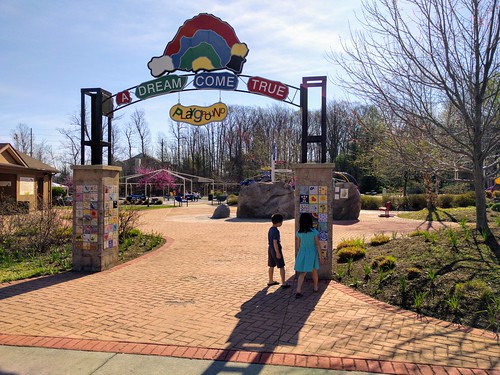 This playground, just outside of JMU, is very similar to Clemyjontri up here in Northern VA. We spent about an hour here, enjoying the sunshine. After the kids got all hot and sweaty, we cooled down at... 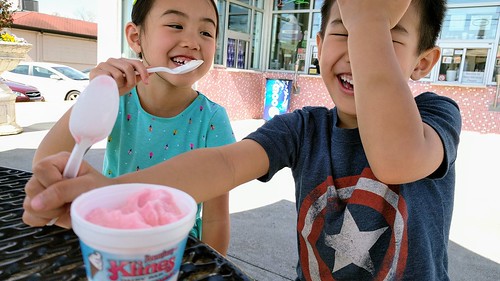 When I was doing research on things to do in Harrisonburg, Kline's Dairy Bar kept on popping up, so I decided it was a must visit. Surprisingly, they only have 3 flavors available on any given day -- chocolate, vanilla and the special favor of the week. When we visited, it was strawberry. So, anyway, we got vanilla and strawberry. The ice cream was indeed very good, the kids scraped their cups clean, but turned out the lavender lemon ice cream we had later was even better. But, I want to remember that as we were eating our ice cream next to the parking lot, an old gentleman walked by and said to me, "You have nice kids." 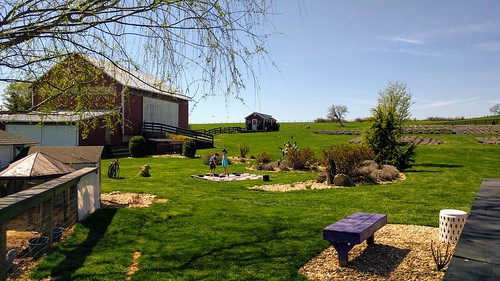 For $3 per person, we got to enjoy more great outdoors in a beautiful surrounding. The lavenders were not in bloom yet (we were told not until June), but it was still a great visit. We saw some farm animals and the kids really liked chasing those ducks. Definitely one of the top memories from the entire trip. 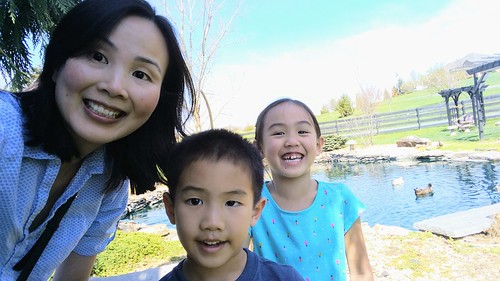 By the way, if you ever find yourself at White Oak Lavender Farm, do not skip their homemade ice cream. We got the lavender lemon flavor and it was SO good. Lightly flavored, creamy and delicious! Yes we had a lot of ice cream on this trip! 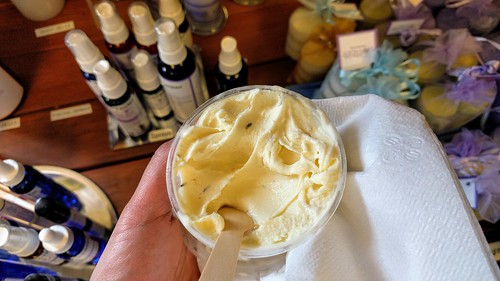 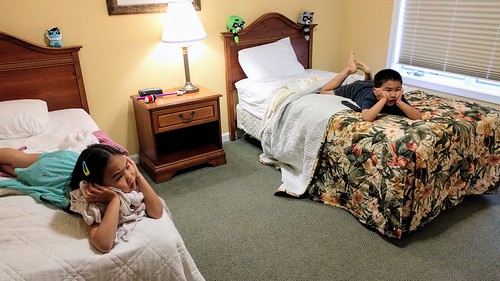 We stayed at Massanutten Resort, which is about 15-20 minutes away from Harrisonburg. This is probably not the best picture to depict Massanutten, but watching TV was what the kids did the most. And having a TV in their own room? Mind blown. I will elaborate on Massanutten in my next post.

Overall, we enjoyed our time in Harrisonburg. It wasn't overly exciting by any means, but it was nice to spend some slow quality time together away from work and school.
Email Post
Labels: Around DC travel