Please meet the newest member of our family.... 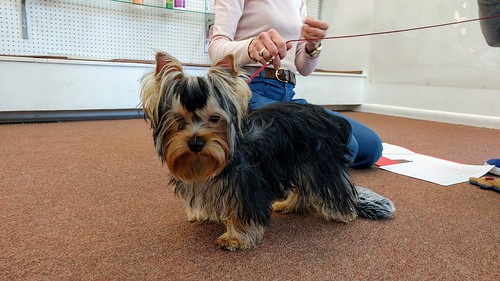 Mango is currently just about to turn 7 months old. He's a Yorkshire Terrier and will weigh about 5.5 pounds when he's full grown. We got him from the same breeder that we got Pargo, and although they look so much alike, their personalities are pretty opposite. Mango is outgoing and bold, yet super sweet and calm at the same time. The kids are thrilled to have him around.

So...the long story. We actually started talking about getting a dog almost a year ago. Luke was all for it, and got the kids all hyped up about it, but I remained unconvinced. I was mostly wary about the long term commitment, time, and money, but the biggest factor being knowing how it ended for us the last time. I mean, I knew I would love having a dog around, but I didn't want to deal with challenging times. I think, though, Luke just figured that I would be happy about it once we have the dog, so he went ahead and got the balling rolling with the breeders. And I guess I knew that it would all work out at the end, so I didn't fight him too hard on it either. Anyway, last Tuesday, after months of calling and waiting, our puppy was finally ready to come home! 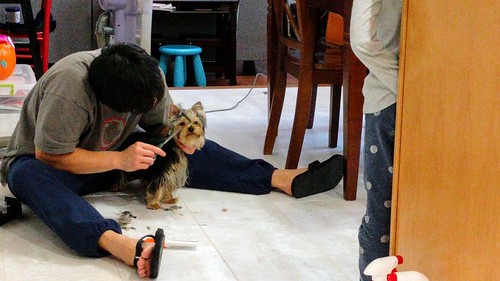 The breeders thought about keeping Mango for showing, so they never once cut his hair. It was so loooooong!! One of the first things we did after getting home was give him a good trim. Gumbico Groomer is open for business again :)

Then the next day we gave him a bath. 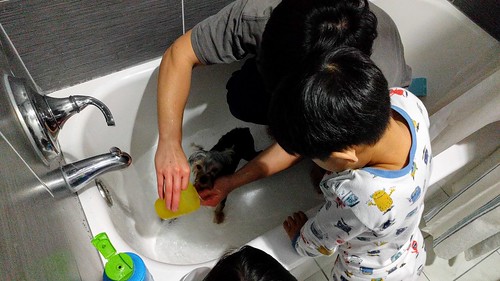 And this is how he looks right now :) 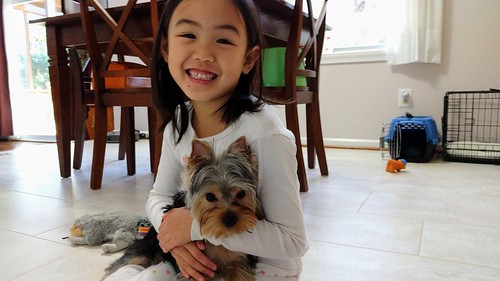 So far things are going well! He's adjusting to the family and playing with the kids. He hasn't had any accidents around the house either! Amazing! Like Pargo, he loves to snuggle with us (I am his first choice 😁) when watching TV. He is figuring out steps slowly. He loves to squirm and lick your face. 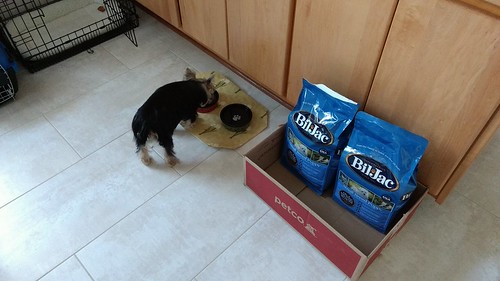 ^^Luke sent me this picture while I was at work with the subject line, "He likes it!"^^

Finally, why the name "Mango"? Originally, we (Luke and I) wanted to call the dog "Taro" after one of my favorite food, but the kids weren't too keen on it. Then one day Anna said, "Why don't we name him something that we all like?" Sounds reasonable :) So a few weeks ago, as we were eating mango slushie that Luke made, he said, after putting a spoonful in his mouth, "How about Mango?" We all love it and it was agreed :)
Email Post
Labels: the furry ones