/1/ Years ago, I bought several sets of Lego Friends (they were on sale) and stowed them in the basement for when Anna was ready for them. Well, as a newly minted 7yo, she's finally old enough to build them completely on her own. In the last week or so, she has built this one and this one. 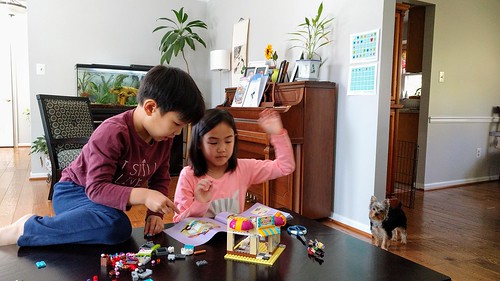 And just because Will couldn't be left out, Luke got him this Ninjago set that he had his eyes on from the Lego catalog that came in the mail. This set looked so complex and I had my doubts that Will could do it on his own, but he did. At least 90% of it....which is still amazing in my opinion. We had a snow day and he worked on it all morning, took a break for lunch and TV, and finished it on the same day. Luke was so proud of him that he's getting him more. Honestly, I am kind of torn when it comes to these building blocks. Yes, the kids are following instructions, thinking in three dimensions, developing problem solving skills blah blah blah, but those sets are definitely not cheap. But worst of all, THE CLUTTER. 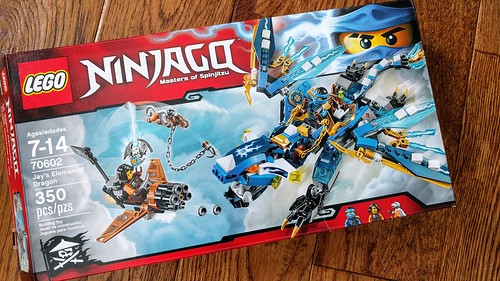 /2/ So as I said, we had a snow day. It was only maybe two inches, but enough to give our first (and probably the only) snow day of the school year. Mango met snow for the first time and was not impressed. He had the toughest time going potty outside even though Luke cleared a path and a section of grass for him. Haha, as frustrating (and cold!) as it was, he was also so cute in the snow :) 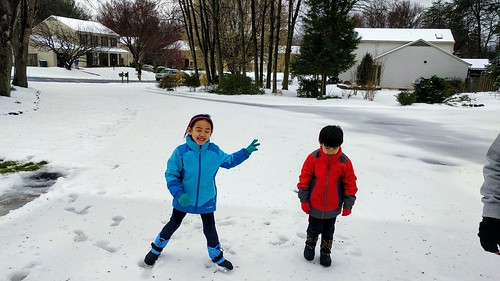 /3/ We finished reading James and the Giant Peach and are taking a break from reading Roald Dahl books. Right now, we are in the middle of The Chocolate Touch -- a much easier read.

/4/ Family movies: Sing, Beauty and the Beast (the new live action one), and Moana (again).

/5/ Luke and I just finished the first season of This Is Us. Does anyone else watch that show? I like it so much, it's my new favorite. The story goes back and forth between past and present, and I just love that. All the characters on the show are pretty likable, especially the men :) It's just such a well done show! 😍

/6/ This picture summarizes how we feel about Mango. Sometimes I still shake my head at Luke and say something along the line of "spending money to buy problems", but I will admit, he's a cool little dog. The kids are enjoying him so much. 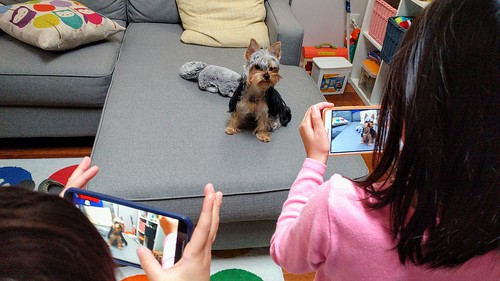 /7/ Here is a close-up of the Ghirardelli chocolate chip cookies that I made. Right after they came out of the oven, Luke inhaled EIGHT of 'em, haha. They were so good and made with simple ingredients that you are sure to have around the house. 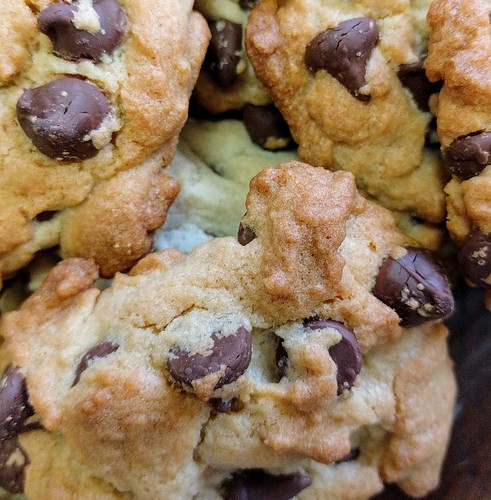 /8/ Anna turned 7 and a big post on how we celebrated our girl is coming up soon!
Email Post
Labels: catch ups love