monday morning catch ups. (the one where I talk mostly about my new commute and very little anything else.)

/1/ It's the end of January, so it's time to catch up on what we have been up to, which is not much at all, but I just have to document it anyway. The biggest and baddest (and I mean that literally) news this month is my new work commute. As I have mentioned it before, my work was moving...and now it finally did. Every morning I turn on Google Maps and watch the traffic go from orange to red to blood red while hollering at the kids to hurry up so I can HIT THE ROAD! It's not a pretty sight. Anyway, it's not that a 30-35 minute drive is all that bad in Northern Virginia, but it's knowing what I had before (3 minutes). Sigh, slowly but surely, I will stop complaining, but in the meantime... 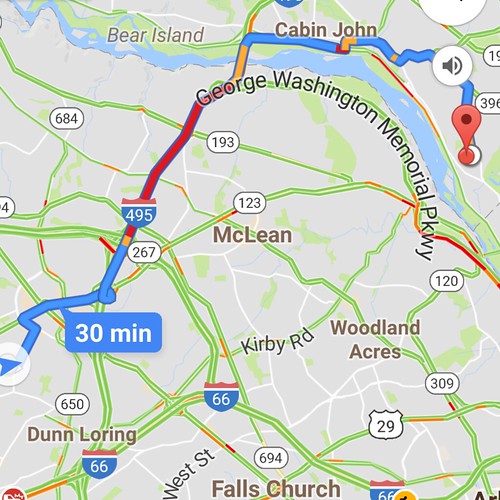 ^^Getting across that bridge every morning is no small feat!^^

/2/ ...I am now working part-time! Long story short, yes, Luke could pick up Anna from school while I stay at work later to get all my hours in, but if I were to leave work at 4p, I could end up spending an hour in traffic vs. 25 minutes (driving home is faster) if I leave at 3:30p. So! I decided to work shorter hours to save me some sanity, but really it's not THAT short either. In the end, I am just working half an hour less than everyone else, but I will have 3-4 days off a month, which will come in handy during school breaks.

/3/ Last week Luke was in San Jose for work. It was the first time I had to do it all on my own with the new commute. The worst part was having to go out of the way to drop off Will at school. We left home even earlier at 7a to factor in the extra time it took to drop him off, but by the time I finally dropped off Anna, traffic was just that much worse. Luckily, my part time status had just kicked in that week, so I wasn't under too much pressure. Plus, the kids were so good all week and made things easy. 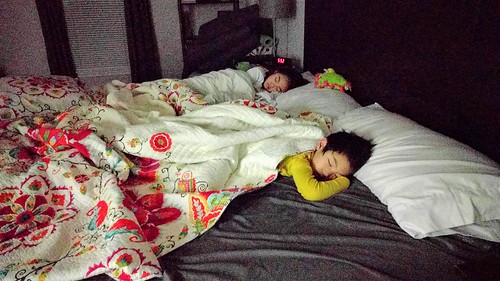 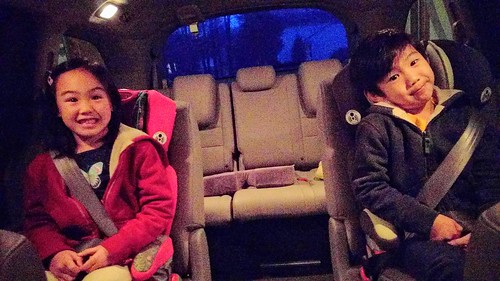 /4/ I decided that I am tired of borrowing 20 to 25 picture books every 2 weeks from the library and we are just going to read chapter books from now on. It took about 2 and half weeks, but we finally finished Charlie and the Chocolate Factory and immediately afterwards, we watched the movie. The Tim Burton version. After the movie, Anna made me proud by saying that she liked the book better. I think most adults would agree that books are generally better than movies, but to hear a kid say that? I was impressed :)

/5/ I stayed home with Anna on Inauguration Day. We spent the entire morning making Ham and Potato Soup and lemon bars.

/6/ For Luke's birthday this year I got these chocolate lava cakes from Trader Joe's. The kids didn't like them (probably too bitter), but I did :) All you have to do is pop them in the oven or microwave, and then drop a scoop of vanilla ice cream on top. They were restaurant quality, but for a fraction of the cost ($3/box). 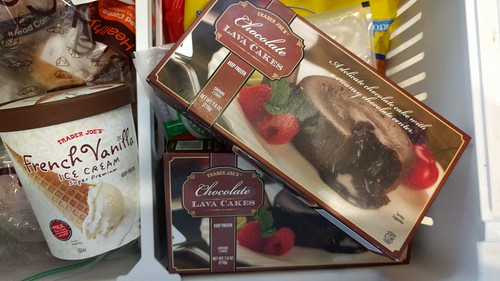 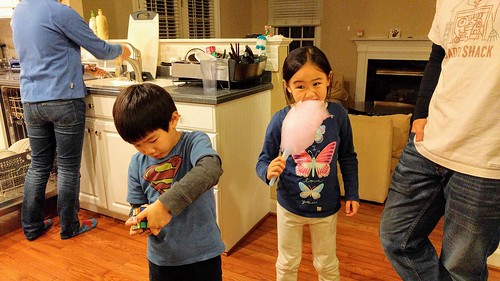