After I hit publish on yesterday post, I kept on having this nagging feeling that summarizing our October in one small paragraph just wasn’t enough. I mean, I haaaate losing memories. So today I am back with a rambly version of our month.

/1/ It's deer season! In October, we saw several deer in our backyard :) I finally caught a picture of one after several attempts. 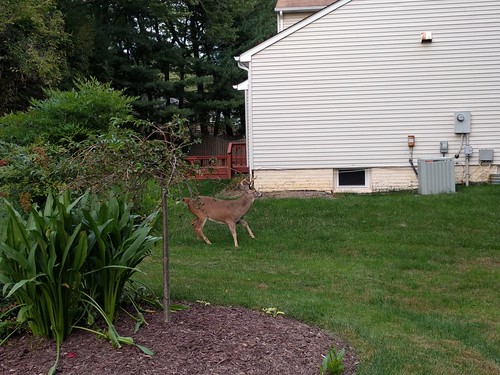 /2/ Anna got really good at drawing Pokémons. I am so impressed! I especially like Goldeen, which she drew for me because she knows it's my favorite Pokémon. We ended up turning those cute drawing into stickers using my sticker machine. 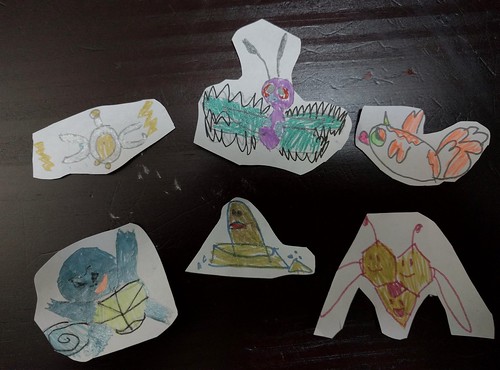 /3/ October was a really slow month for our family with zero major event, just little day-to-day moments. Since the kids were stuck at home so much, they re-discovered these sticker books over Columbus Day weekend and were practically stuck in these positions the entire three days: 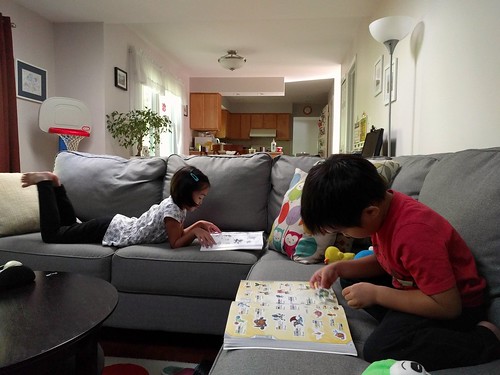 ^^The books kept them busy and, best of all, no fighting!^^

/4/ Anna finally got her front teeth x-rays taken!! The hygienist had been trying for the past two years to get pictures of Anna's mouth, ever since she turned four, but she just couldn't hold the plastic thing in long enough without gagging. Finally, this time, after a lot of gentle talk and patience from the hygienist, Anna finally did the impossible. Of course, only the front teeth. We are still working on getting pictures of the back, which will probably take another two years. Baby steps. But other than that, both kids have perfect oral health. 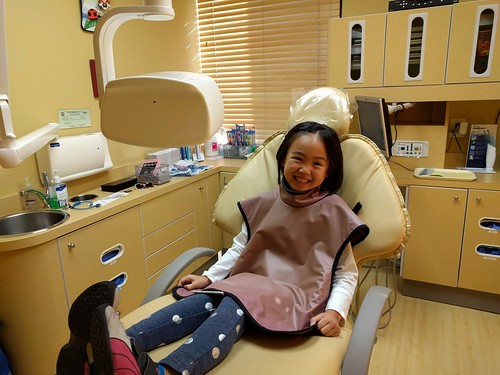 /5/ We went to a Halloween event (Halloween on the Green) in Vienna after swim class one weekend. The weather was gorgeous so lots of people showed up. Despite the crowd, it was a good event because free pumpkins. Yes you heard it right -- FREE. Enough said :) 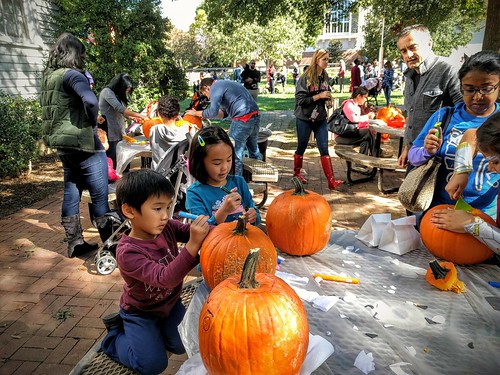 ^^Will looking tired because this was the start of his illness.^^

/6/ Speaking of swimming, the kids started back up with swim class the second week of October. Now that weather is getting colder, swim class is a major hassle with all the layers of clothing necessary just to leave the house. The kids are also getting to the point where they sort of know how to swim, but just need more practice. The plan now is to continue with the class through November, and then stop and start back up again in April so they can be ready for the summer.

/7/ Will stayed home from school for almost a week because he was so sick. It started out as a low-grade fever that lasted off and on for about two days. Then came the intense coughing. So intense that it strained his little tummy and chest and he was in so much pain. After 3 days staying home from school and then the weekend, I thought he would be good to go on Monday. But came Monday morning and he didn't even want to get out of bed. I finally decided that he looked pretty bad and needed to see a doctor. That day, I took a half day off from work and took him to the walk-in clinic. It turned out to be a run-of-the-mill cold, but something about a restricted airway was mentioned and we were prescribed an inhaler. Either the inhaler ($90...good thing we have HSA) really worked or that Will was already on the road to recovery anyway, but he went back to school on Tuesday without any problems and the illness was finally behind us. 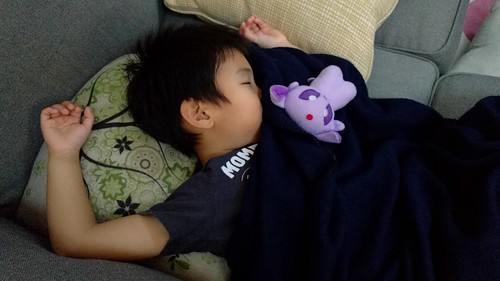 /8/ Anna is still chugging along with piano. I make her practice almost daily for at least 15 minutes and that's probably her least favorite time of the day. And mine, if we are being honest. "It's b FLAT, not b SHARP!!" But all Chinese girls must know how to play the piano, right? Her piano teacher did mention to me just the other week that she wishes all her students could be like Anna, haha :)

/9/ Sometimes the kids are so hungry after school that they eat as I cook. 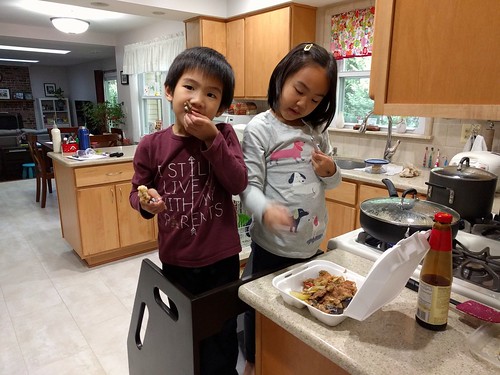