I Won Again! Disney On Ice!

I had been wanting to take the kids to a Disney On Ice show for YEARS. I would literally go through the motions of buying the tickets online, selecting the seats, but only to close the browser at check-out because it was just way too expensive. Well, I am glad I waited because guess what? I WON AGAIN! AHHHHHHHH!! This time, a pack of 4 tickets to the opening night of Disney On Ice Follow Your Heart at Eagle Bank Arena at George Mason University. I don’t have much luck in anything else, but apparently pretty lucky when it comes to winning small things :) 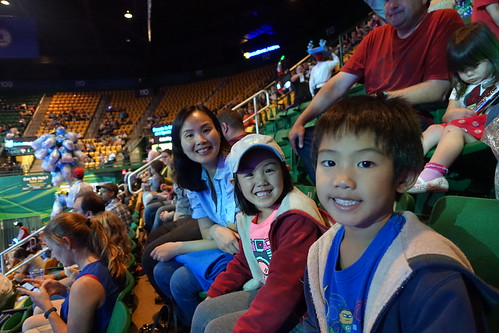 I was psyched, the kids were psyched, Luke was meh about the whole thing but agreed to be our driver. I wanted the night to go smoothly that I even pulled Anna out of school early so she could take a nap and be well rested for the show. I told everyone about my winning, great expectations were bubbling up in my head, it was going to be a magical night. I chanted, “We couldn’t make it to Disney this year, but Disney is coming to me!!”

Well, I guess what they say is true that things don’t always live up to your expectation, because the show definitely didn’t. It was still good, but I expected a more visually stunning show with MORE lights, MORE props, and MORE special effects. Something that lived up to the name DISNEY :) My other beef...there was no coherent theme throughout the show. All we got was Disney characters ice skating to random storylines from various movies (the Fantasia act with Sorcerer Mickey and the magic brooms was especially a strange choice). 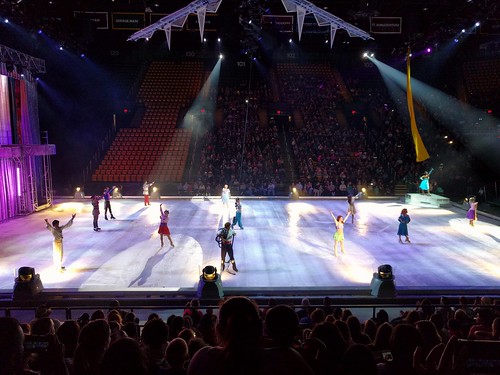 It wasn’t a total loss though. Anna was completely mesmerized by the show. She squealed in excitement as Ariel did her acrobatics while dangling on a rope from the ceiling, as well as when Belle (her all-time favorite princess) made her entrance. Will said his favorite part was the opening act from Inside Out. The last 20 minutes of the show was dedicated to Frozen, which was my favorite. I loved it when the snow started to fall! And I am not tired of "Let It Go" yet. As for Luke, he liked the scene with Olaf the most, but then he also said that he was actually starting to miss Disney a little, but now after the show he’s all Disney’ed again. 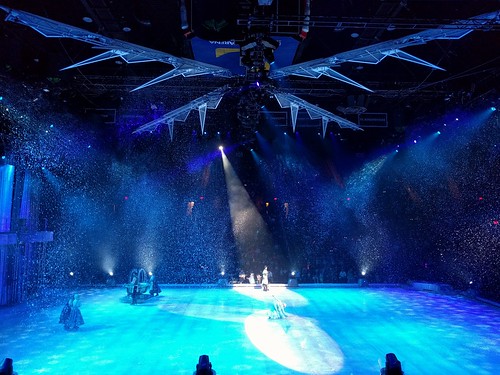 The show was just around two hours with a 15-minute intermission. I took Anna to get some water during intermission and snapped this photo. 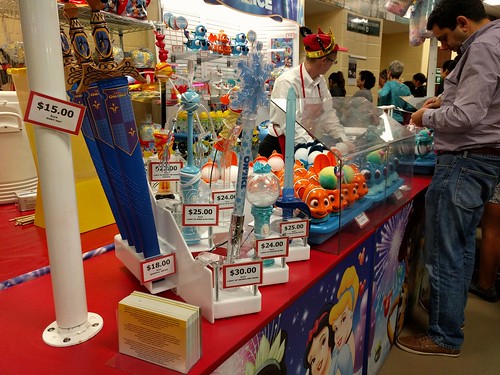 ^^What was more shocking? People buying.^^

Well, this was our first and likely our last Disney On Ice. But you know me, I will never stop entering in giveaways, and if I am lucky enough to win again, I will never turn down free :) Thank you Capital Moms for helping me taking the kids to see Disney On Ice! Sure, I wanted the show to be better, but we all still enjoyed it!

--
Few things I want to remember:
- Anna asking if we could bring chairs to the show because she thought we would just be standing around the rink. She got more excited after I told her that we would actually be sitting.
- Kids didn't ask for souvenirs or treats.
- Will was sick, lots of coughing and felt sluggish. Glad he made it though.
- My plan for the kids to nap worked out perfectly. They both slept until 4:45pm, then we had a lasagna dinner, then off to the show.
- Traffic was horrible, took us nearly 45 minute to drive 10 miles.
- Little girl behind me kicked me in the head and the parents didn't apologize. I am just glad she didn't hit Anna in the head with her wand.
Email Post
Labels: Around DC Everything Disney love