On the second day, we woke up bright and early and headed to Brooklyn! Our destination: Brooklyn Bridge Park, one of my favorite places to be. It’s on the waterfront underneath the Manhattan and Brooklyn bridges, so the views were dramatic and amazing. It was also a super nice day to be out. We really got lucky. Despite the heat wave we experienced overall this summer, it was low to mid 80s when we were in NYC. I don't know how we (Anna) would have dealt otherwise. 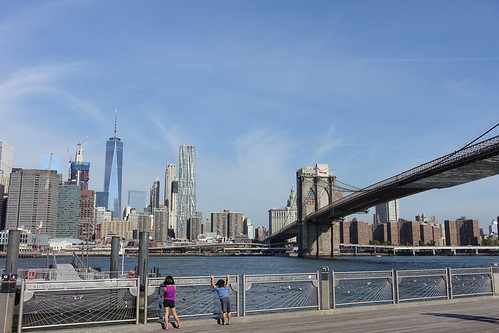 The last time when we visited NYC back in 2012, we parked right near Pier 6, where the kids had so much fun playing at the various playgrounds. This time, the kids and I rode the subway to High Street and started at the very beginning -- Pier 1. The kids whined about walking so we didn't get far. Haha, we got to Pier 2. But, I had set my expectations low and knew that we weren't going to walk the whole way, so I was completely fine with it.

I was surprised at how affordable Jane's Carousel was -- only $2 per ticket. 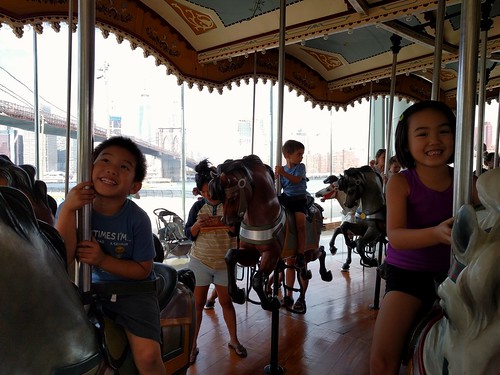 After a spin on the carousel, it was time for lunch. Since it was a weekday, the usually busy Grimaldi's Pizzaria on Front Street only had a short line. We only ordered a small with mushroom and sausage to share, but without Luke, we still couldn't even finish it. So...it was my first time having the famous Grimaldi's pizza, and I actually think that Papa John's is better. I guess I am not a pizza connoisseur :) 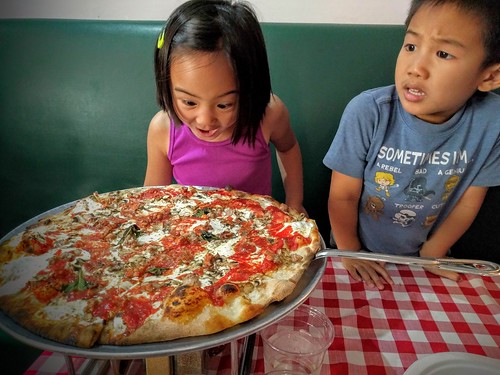 That early afternoon we met up with Luke's sister, brother-in-law, and their brand new twin girls in Central Park. It was our first seeing the new parents in over half a year and first time meeting the babies period. And sadly, it will probably be a long time before we see them again. The new family of four is leaving the city and moving to Boston (today happens to be their moving day) to be closer to the brother-in-law's parents. Moving with two infants? Oh MAN. 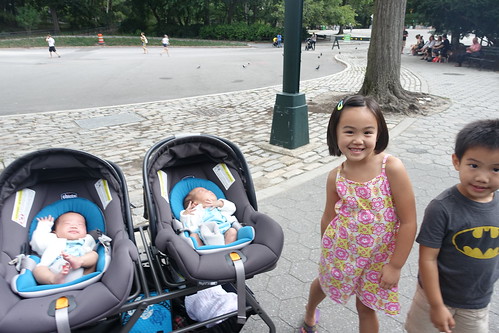 ^^The cousins' first photo together.^^ 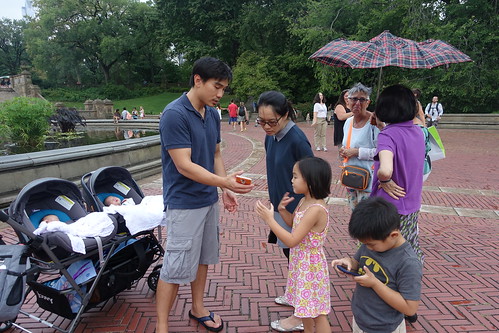 It started to rain lightly but we still walked quite a bit. I think it was probably the most the kids walked in NYC. Thank god for Pokemon Go and the distraction it provided. Apparently they caught some new ones. 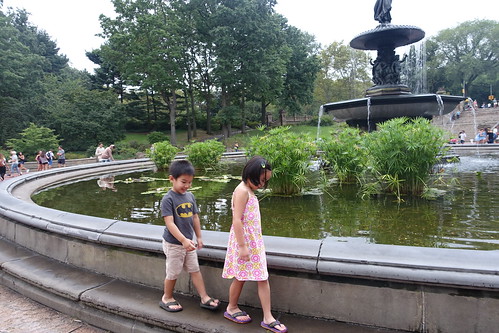 It really seemed like we were walking all over Central Park (although after we got home and I looked at the map, we only did a tiny bit) that even I was getting tired, but the scenery kept me motivated. 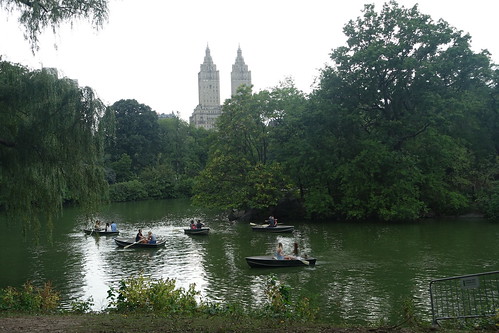 We walked down the Fifth Avenue (stopped at The Plaza for a potty break, very fancy toilets) and ate at a small ramen shop for dinner. We all liked the ramen, except the babies who just drank milk :) 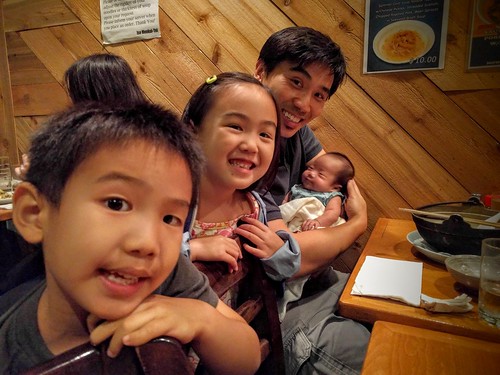 After dinner we had the best gelato at Grom Gelato. Seriously, so good. But also so expensive. We planned to enjoy our dessert sitting near the fountains at Columbus Circle, but came a downpour that forced us to run for cover at the Time Warner Center. It was getting late, the babies had to get home, the kids were tired, so we called it a night and said our goodbyes.

Back at the hotel...capping off the night with a swim. One big reason why we picked to stay at the Hilton Millenium was because of the pool, so even though we only used it for 30 minutes, at least we can say that we did :) 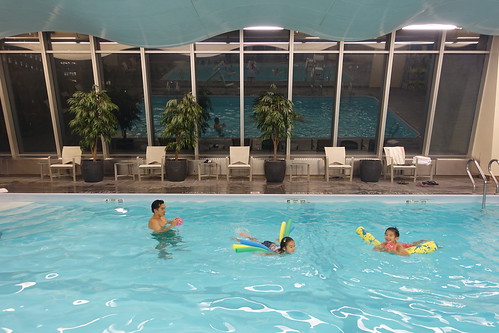 We climbed into bed that night happy and tired, and the last thing I saw before I closed my eyes were those city lights outside my window. Heaven!
Email Post
Labels: Summer 2016 travel