We are back from 9 nights away from home! We had a great time and I am looking forward in recapping our trip, but because school is starting next Tuesday and I am also starting a new project at work, I know it's going to take a while to crank out those posts. So, in the meantime, I just want to to say hey! and write a quick summary of our vacation.

Our trip actually consisted of two places -- NYC and Williamsburg. Pretty polar opposites! After we canceled our Disney trip, we booked a 5-night stay at Williamsburg because we still wanted to end the summer with a bang somewhere and Williamsburg just made sense. NYC was added on very last minute, literally just about a week and half prior. We stayed at a nice hotel right in the heart of lower Manhattan, right across the street from One World Trade Center (the tallest skyscraper in NYC) and 9/11 memorial. It was the kids' first time staying at a high-rise hotel (we stayed on the 39th floor) and our view was stunning. It was a definite treat to be there. 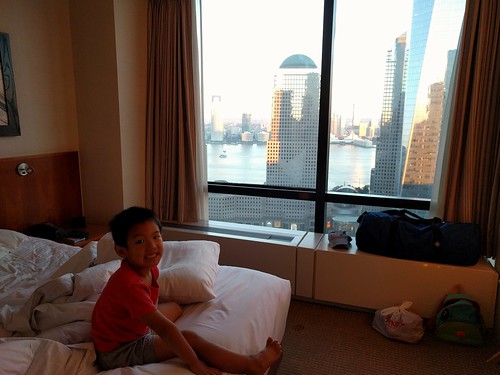 Before we left, I wrote up a list of things I wanted to do. It was a very simple list because I didn't know how well we would be able to navigate the city with two small children. I planned to use the subway system, but also car service like Uber to get around. Well, I am here to report that I CONQUERED that complex NYC subway system :) We did not get lost, not even once, and we didn't end up having to use Uber either. I was most proud that we checked off every item on my list and the we survived 3 full days of togetherness in the Big Apple :) 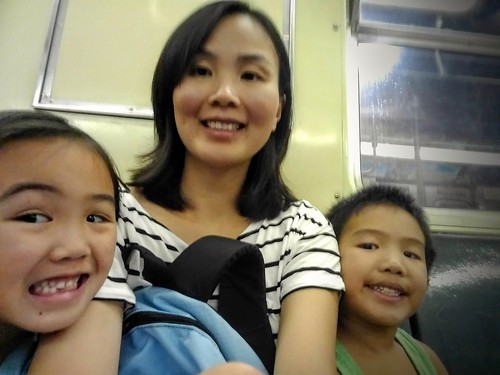 On one of the afternoons, we visited hubs' sister and her brand new twin girls. We caught up while strolling around Central Park and eating ramen at this tiny restaurant. I have to say that these new parents are rocking parenthood. I don't think I would have the energy to take two infants out to....anywhere...but they showed us some of NYC with those babies in tow. I was majorly impressed. 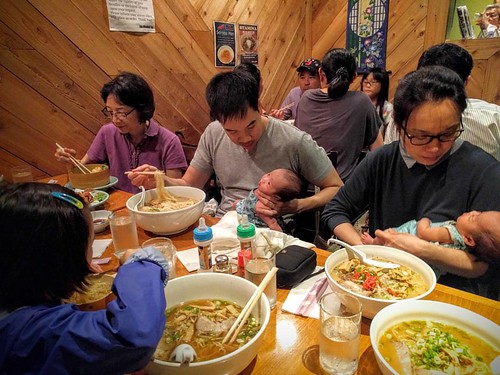 ^^Not pictured here is a double stroller on the side.^^

We ate at some great restaurants, but the one dish I will remember the most is this bowl of beef hand-pulled noodle soup that I had in Chinatown. Sooooo gooooood! 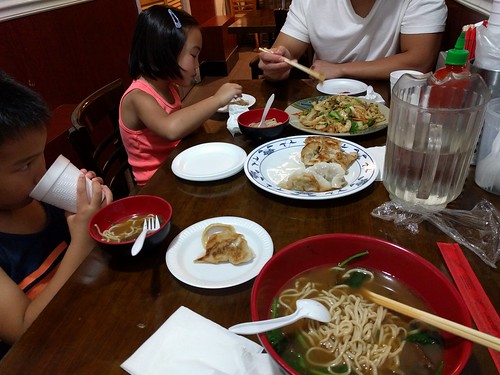 If you ask the kids what they liked the most about NYC, they will not tell you it was being on top of the Empire State Building or seeing the Statue of Liberty right in front of them, their response will surely be playing Pokémon Go. Yes...so many Pokémons were caught at Times Square, Central Park, and the streets of NYC. I am a screen control freak, but I didn't have problems with the kids playing so much Pokémon Go on this trip. As far as I was concerned, it kept them walking and whining to a minimum. Visiting NYC was more for me than it was for them after all. 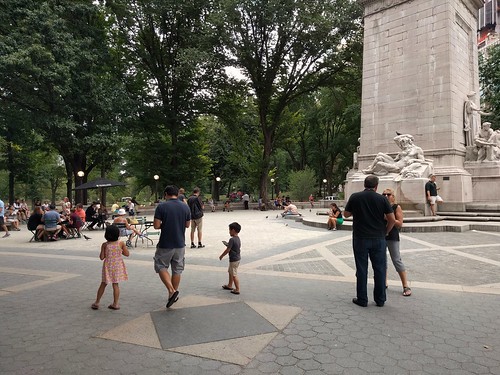 After 4 nights in bustling NYC, we drove all the way down to Williamsburg to began the chill part of the vacation. Lots of swimming (kids made significant progress and I have videos to share) and theme parks. And of course, lots of downtime at the hotel looking at their Pokédex. 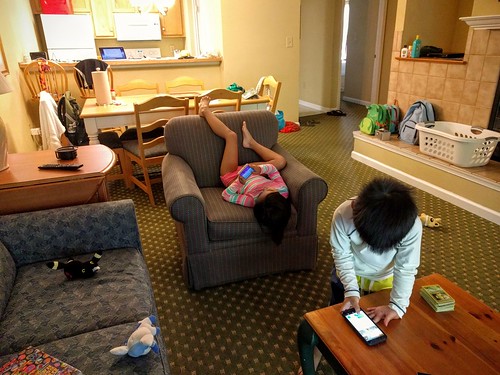