So I was sitting on a long 5 hour flight out to Seattle this past Sunday. Because I don't like dealing with bladder challenged people, I always try to park myself snugly against a window. On this trip, I had my headphones on and Kindle out the moment I sat down. For 4 whole hours, I got to enjoy my pleasant novel about man-eating spiders. But that all went out the window when the lady next to me started talking. I guess she finally got bored with the person in the aisle seat and turned her attention to me. She was friendly enough and was flying out with her daughter who was starting her freshman year in Washington. Because I always have $ on my mind, the topic of tuition came up. And that, ladies and gentlemen, was when my whole trip was ruined. 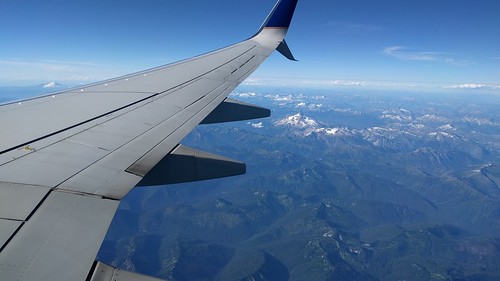 I already feel poor and inadequate when it comes to our finances. Sure, we're smack dab in the middle of the 33% tax bracket, but in the Northern VA area, that basically puts us on par with your local Walmart greeter elsewhere. Now I know college tuition for two will be in our future, but because it's relatively far off, I don't think about it. We have VA529 plans for both Will and Anna, but we just toss $8k in there a year to get the state tax deductions. Meaning, I really haven't looked into college tuition beyond the basic tax shelter purposes. But this lady told me her daughter's out-of-state tuition was $40k a year for Washington State University. Forgive my ignorance here as I really don't know jack about schools in WA, but that's a shitload of money for a year of undergrad. So I kept telling myself that VA schools can't be that bad, especially since we're in-state.

Long story short, we've got our work cut out for us. A quick gander at the tuition numbers for Virginia Tech, William and Mary, and University of Virginia were eye-watering. I can't even imagine what it will be in 10 years or so. Right now, I'm all for the transfer option, but Joyce isn't really keen on that idea. So instead of focusing on work all week, I kept thinking about money again. Which is a good thing this time around because this issue finally forced me to automate all our investments. I had setup auto contributions into our IRAs and the kids' holdings last year, but now I've re-balanced everything and have automated deposits into the VA529 plans as well. I've always been an avid boglehead, but I tended to veer towards speculative investments at times. But no more! Once these changes settle down, my goal is to save 5-10k a month starting in January. We'll see...I'll revisit this topic early next year.

The question on my mind now is, "Why did we have kids again?" Hopefully, I'll have a quiet flight back to ponder this.
Email Post
Labels: Father Time money perspective