Our overall Memorial Day weekend was activities-filled, but not full to the brim either. Each day we had at least one outing and some downtime at home.

Here is our Saturday...

The most exciting part (for the kids) about our latest trip into DC was taking the new-ish silver line metro. Believe it or not, it was only the kids' second time riding on the metro. The first time was nearly two years ago, to the zoo, which they said they don't even remember. Now that they are older, I am sure this experience will stick with them for a while. They laughed and had a ball and were officially the two happiest kids ever to ride on public transportation. 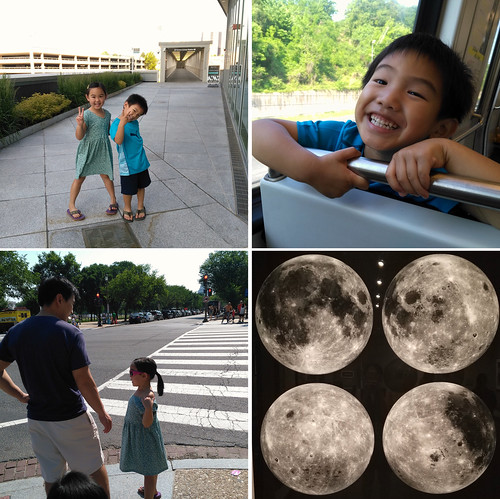 It was a hot day in DC, but except for the walk to and from the National Air and Space Museum, we were mostly indoors. Museums are still a hit or miss with us, because the kids are still a bit too young to appreciate them (heck, I still don't truly appreciate them either), but I think they still enjoyed it and got something out of it. They definitely surprised us when they named all the planets, starting with the one closet to the sun. 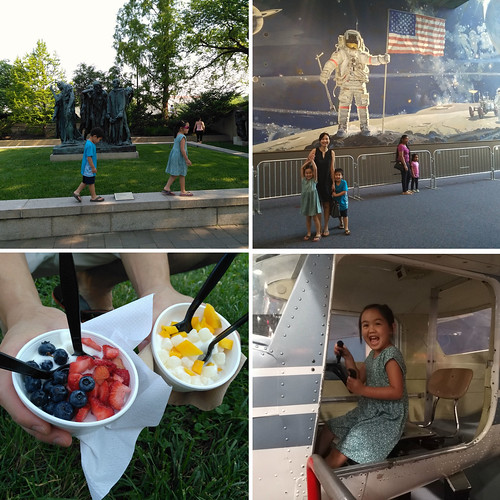 ^^Click here for a comparison picture of Anna inside the airplane!^^

Our trip ended with froyo from a food truck!

After DC, we came home for a late lunch and nap. Then the kids played with their water table and these jelly water beads, and that kept them entertained for a good hour. Finally, we played two new board games (Hoot Owl Hoot and Race to the Treasure -- both cooperative games so Will doesn't freak out when he doesn't win) and finished watching Wreck-It Ralph after dinner. A decent day :)
Email Post
Labels: Around DC love Summer 2016