An Underground Adventure at Dixie Caverns

On the second day of our Roanoke trip, we went on an underground adventure! 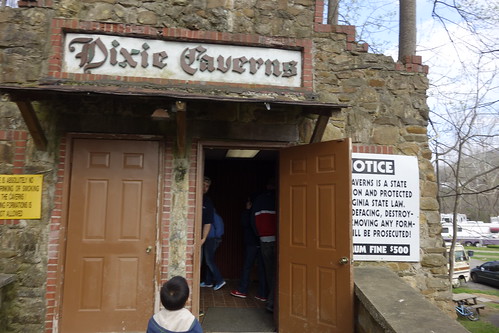 Dixie Caverns, named after the dog who discovered it, is small in comparison to the other more well-known caverns in Virginia (such as Luray), but it was a perfect stop for us. I mean, the 45-minute tour was just short enough for the kids, but long enough for us to learn a thing or two. Plus the admission price was reasonable. Luke and I paid $12/pp (we had a coupon -- always check for those flyers at rest areas!) and Anna was $6. Will got in for free.

Care for a little tour? You are in luck :)

The first thing we did, after entering the cave, was climb a set of steps, which actually took us "up" into the mountain, as opposed to "down" underground. 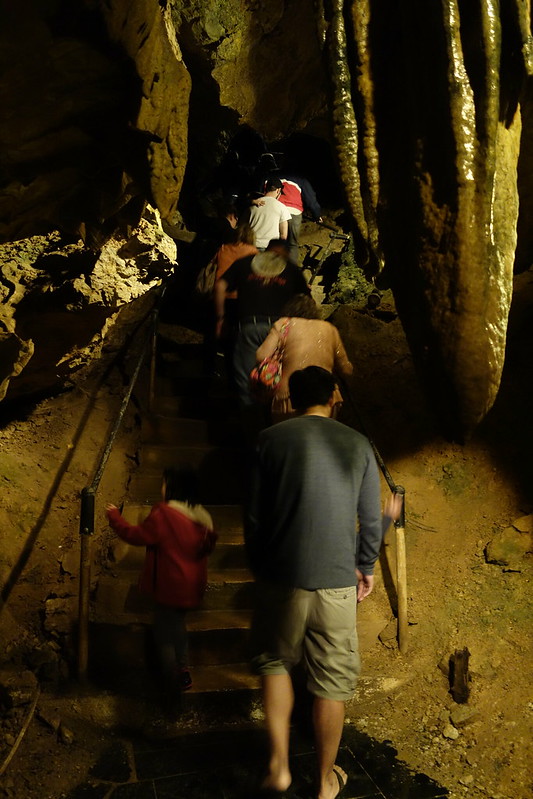 My favorite was the "Magic Mirror", a small chamber with a pool of water reflecting the amazing and complex stalactite ceiling. Doesn't it look like the water is a few feet deep, though? 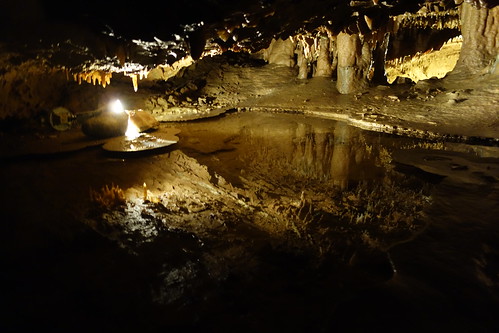 To get married under the "Wedding Bell", it will cost you $150. According to our guide, more than 50 couples have done it. Right here is also the lowest spot inside the caverns, which is merely 10 feet underground. 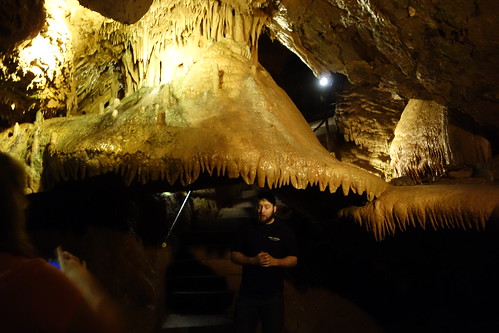 All in all, as we climbed up and down roughly 350 steps, we saw amazing display of nature around every turn. Speaking of the steps, even though it seemed like a lot, it was very doable. The kids were able to do it without any problems. 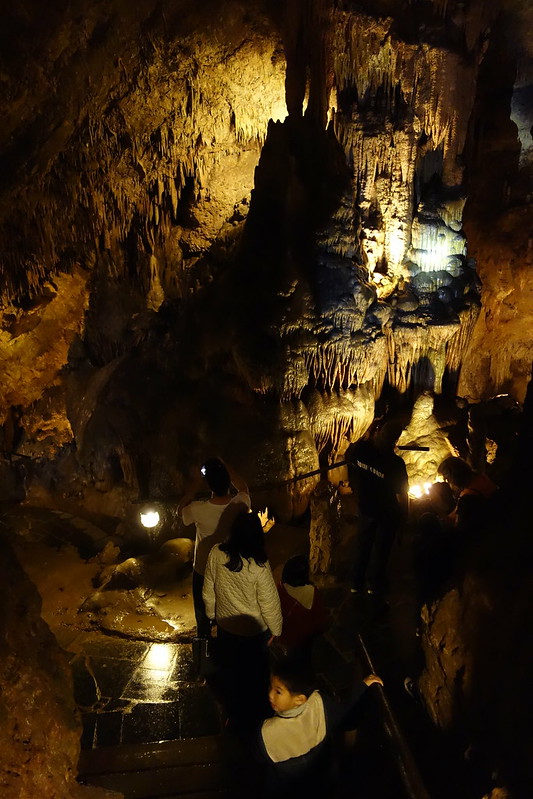 We took lots of pictures, but most came out fuzzy and now looking through them, I can't tell even tell what's what, so I will end the tour here :)

I think the kids were indifferent about the whole thing. Haha, they were not impressed with stalagmites and stalactites to say the least!

Well, Dixie Caverns might not be the grandest of caverns, but overall a decent experience. If you are in the Roanoke/Salem area and looking for a cool cave to try out, Dixie Caverns is a good option.
Email Post
Labels: Around DC travel