5 great things to do in Roanoke Virginia

We just got back from an exotic and exciting Spring Break trip to Roanoke Virginia. Haha, “exotic and exciting” might be a liiiiiiittle stretch from the truth, and we were really only gone for 30 hours, but it was a good trip regardless. To recap our time in Roanoke, I thought I would share 5 things our family did in a simple list format. 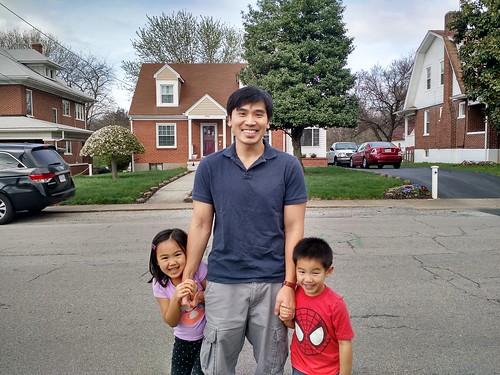 As far as I am concerned, Luke grew up in Roanoke. He will argue and say that he grew up in LA, but his time in Roanoke outlasted his time in LA by far, so yes, he’s a boy from the south :) This house, behind him and the kids, was the first house his family ever bought. His parents purchased it back in the mid-80s (I believe), raised 4 kids in it, and sold it in/around 2005 when they moved to NoVA to be closer to their kids. So...lots of memories tied to this house for sure! Once we got off I81, first on our agenda, before we did anything else, was drive to see this house. 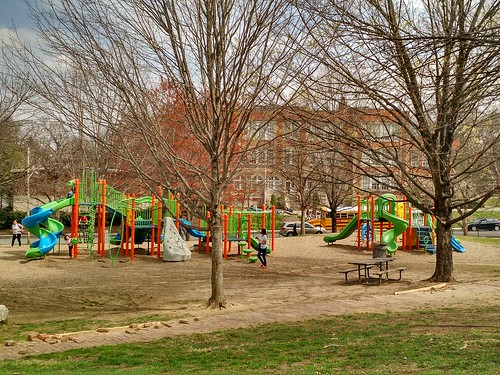 Throughout this trip, we also visited his old schools (there were so many! – two elementary schools, one middle school, and two high schools). Above is one of the old elementary schools, Highland Park, and the playground he used to play at (new play structures, though). The kids had a good time here!

2. Take a stroll around Downtown Roanoke and get a picture on the rooftop of Center in the Square 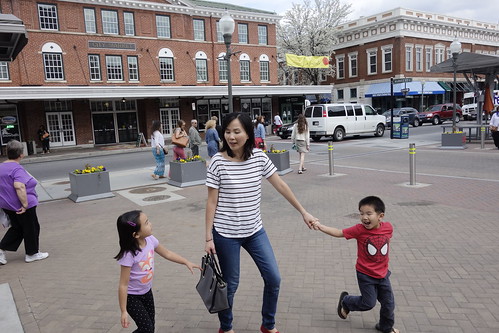 I think Center in the Square is THE biggest attraction in downtown Roanoke. Inside this big building is home to several museums. We skipped the museums (they all have an entrance fee) and went straight to the rooftop (free) for great views of this little city. The kids had so much fun running around this open-air space. 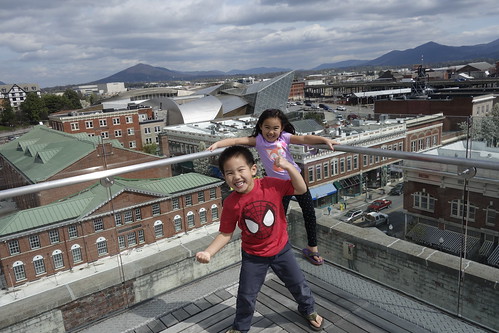 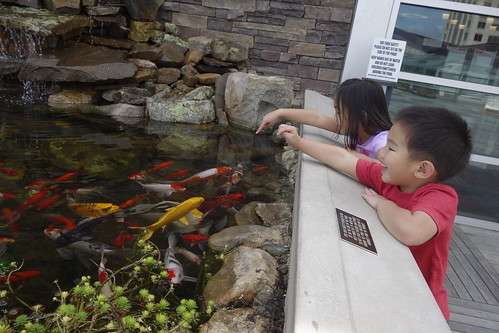 Afterwards, we ate at the City Market Building right across the street. Warning: Do not get the Chinese food. But other than the mediocre lunch, our short stay in downtown Roanoke was excellent.

3. Stand underneath the 100-foot-tall Roanoke Star 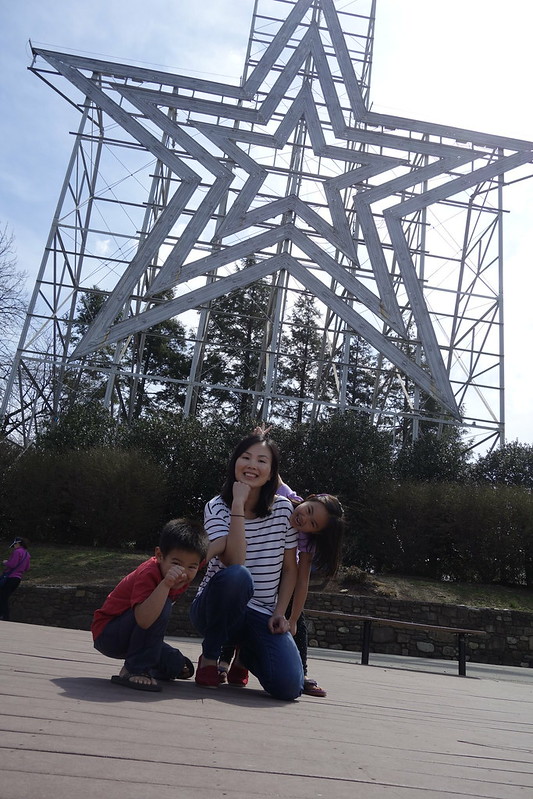 ^^I love that Anna is giving me the bunny ears!^^

Nearly everywhere we drove in Roanoke, the kids would look up the mountain and exclaim, “I see the star!” For all visitors, the iconic Roanoke Star, located atop Mill Mountain, is a must-see. In our dating years, Luke took me out there once so it was very fun for me to see it again with the kids. The star illuminates every night and even though we really wanted to see it all lit up, now that it doesn’t get dark until after 8pm, it was just too hard for us to stay out that late. 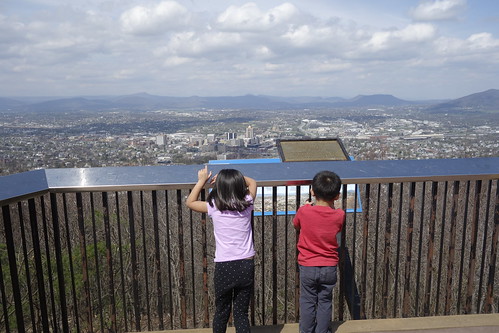 ^^The scenic overlook at the base of the star is also a popular stop for views of the region.^^

4. Eat at K&W Cafeteria for the best Southern home-style cooking 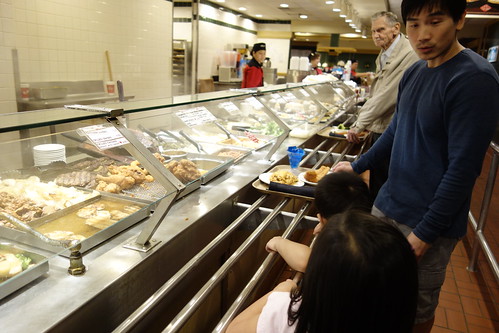 Luke’s family used to eat at this very eatery on special occasions inside Tanglewood Mall. You go in, grab a tray, point to whatever you want, get the receipt, pick a table, eat, and pay as you leave! I had, hands-down, the best chicken pot pie here. The baked spaghetti and the flaky fried fish were also very, very tasty. Best meal we had all weekend.

5. Swim in the hotel pool 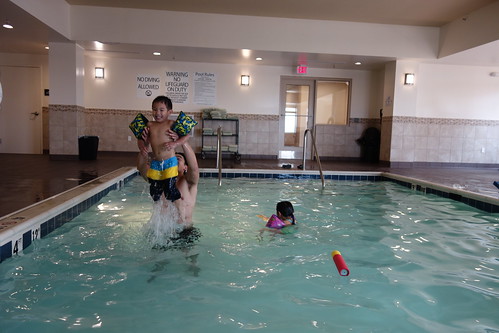 This trip was entirely for me and Luke. We knew the kids would get nothing out of it (we were mostly right), so we made sure to at least stay at a place with a pool. We ended up staying at a new-ish Hilton Garden Inn for two nights and, after long days of driving and walking, the kids were able to splash away. I am serious, all they need is a swimming pool and they are good.

--
Overall, it was super neat to take a trip down memory lane with Luke. I think he enjoyed seeing his old stomping grounds very much. He kept on saying how close everything was! Like, it's less than 10 minutes to downtown Roanoke from his old home, but when he was little, he thought it was sooooo far.

Next: I will share the places we visited outside of Roanoke!
Email Post
Labels: Around DC travel