Our Fantasy Cruise: Getting There and Back

Very quickly, I just want to crank out one last post about our cruise vacation! After this I promise to stop talking about it :)

Depending on the exact time, but generally, good deals on airfare can be found in January/February from DC to Orlando. In fact I found a deal that could have flown the 4 of us to MCO for less than $700. But the time (think 6am departure) sucked and, more importantly, we didn't want to take any chances (delays and whatnot) when we have a boat to catch. So to be on the safe side, we ended up piling into our minivan and making the drive to Port Canaveral, which is 865 miles from home.

The first time (back in 2014) we drove to Orlando, we were crazy enough to think that driving through the night actually made sense. While we were all soundly asleep, Luke said he was falling asleep himself in the driver seat. Say WHAT?! So, this time, of course, we decided to drive during the day. 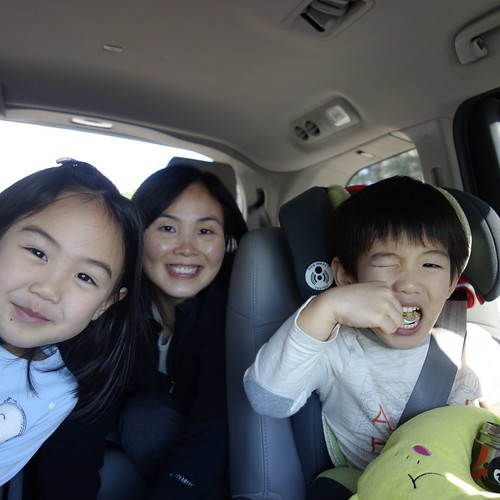 Embarkation was on Saturday so we started our journey on Friday morning, at around 8am. Our drive down was very smooth. The kids alternated between playing with tablets and Pokémon and the hours flew by quickly. I even packed myself and the kids lunch (Luke had beef jerky). Not only it was healthier than any place we could have stopped at to eat, but it also saved time and money. 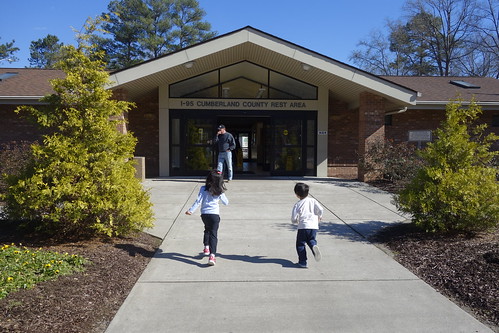 On Friday night, we stayed at a Hampton Inn just outside of Savannah GA. We picked that hotel so we would just be 4 hours away from Port Canaveral. Then on Saturday morning, we made the short drive (well, short in comparison to the day before) to finally reach our destination! 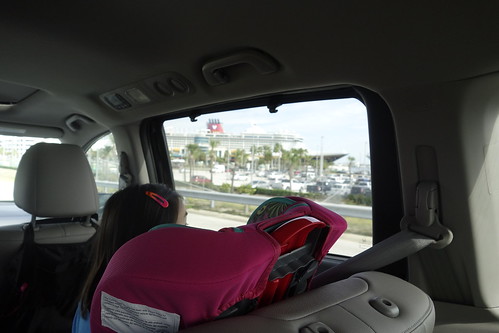 ^^Seeing the Fantasy for the first time!^^

The drive back home was similar, we stayed overnight in Fayetteville, NC. Luke and I agreed that next time, especially on the return trip, we will make the drive all in one day. It was only about 4:30pm when we got to Fayettesville and the kids were actually asleep at that time. We could have easily drove for another 6 hours to get home, I think, without the hassle of unpacking and packing for just one night.

Parking at Port Canaveral for a week was $120, so all in all, including gas and food along the way (we used points of the hotel stays), we spent less than $300 for the driving portion of the trip. Definitely a better bargain than flying!