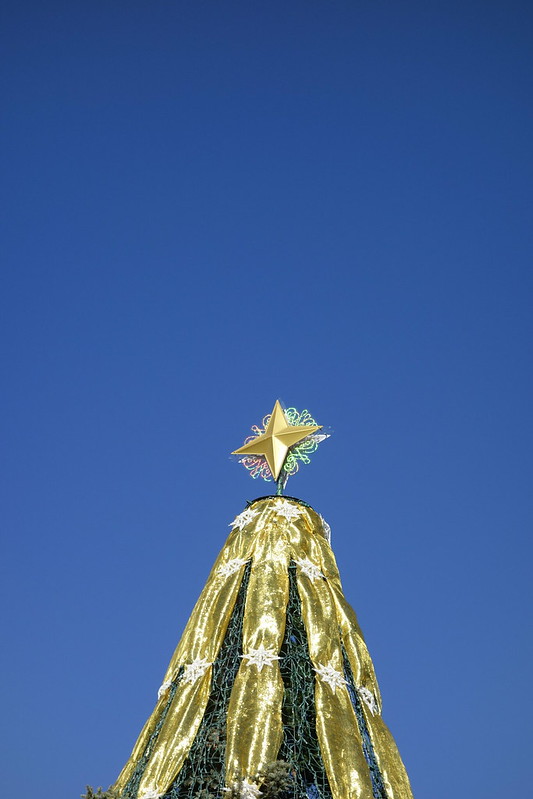 Yesterday we debated all morning on whether or not to make the drive into DC to see the National Christmas Tree. It was sunny, but cold....and we were just so warm and comfortable at home. But Luke knew it was on my list of holiday to-do (even though I was also feeling lazy myself), so after putting together our newest Lego set, he gave me the push that was much needed, "Let's go!" The kids were already dressed for the day, so it was only a matter of getting ourselves ready. Coats on, gloves on, hats on. We were out of the door in less than 15 minutes. A new record for us. 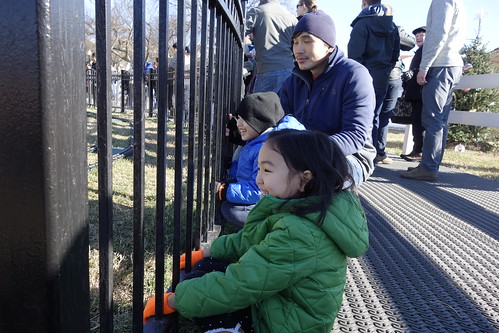 Our visit was short and sweet. There was no traffic and we knew exactly where to park. I didn't ask the kids to stop and smile for the camera, no even once, so that was great for them and no annoyances on my part had they refused. Instead, though, we got this picture of just us, which we never have enough anymore. 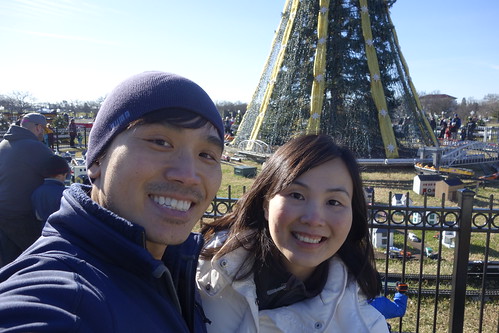 Back in 2013, when we visited, there was a Santa's Workshop and you could take pictures with Santa. Last year, the workshop was there, but Santa didn't make appearance because of a funding shortage (I read that somewhere). This year, no workshop at all!! Kind of sad that they are trimming down the festivities, but at least the little state and territory trees are still there. 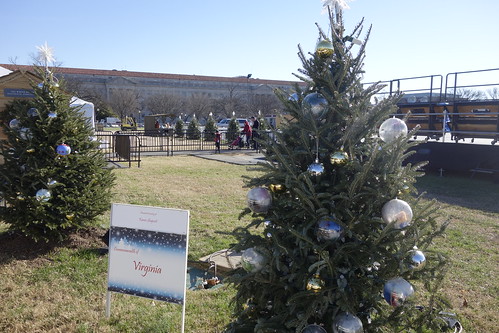 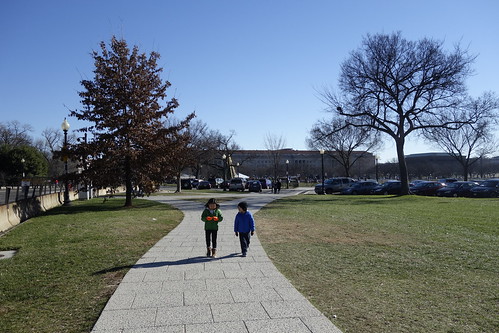 ^^The kids like to be independent and walk in the back.^^

We also went to Frying Pan Farm Park this weekend. The FFX County Park Authority (where my mom works) is celebrating its 65th anniversary and there was a free holiday party & puppet show at the farm. I wasn't sure if it would be worth our time, but it was something to get us out of the house, especially since Anna started her winter break as of 2pm last Friday. 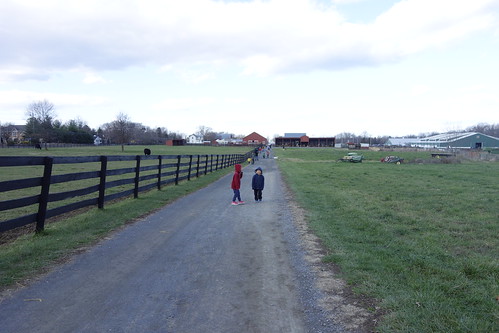 The show didn't turn out half bad...the interactive holiday music program was definitely entertaining for the kids. For the locals, the show was by the Goodlife Theater and they perform at different venues in the area (often free!). Good for kids 5 and under, I think. Anna was on the older side, but she still liked it. She jumped up when they asked for volunteers and got to go on stage to shake the bells for Jingle Bells. 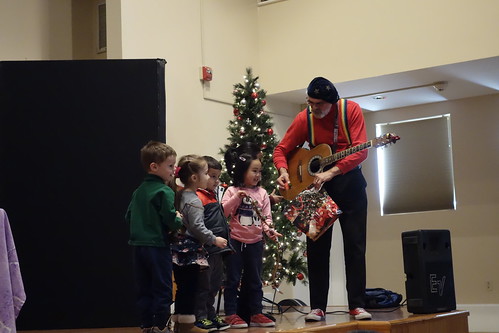 So that was our last weekend before Christmas. Does it feel like almost-Christmas where you are? Are the presents wrapped? I am still working this week, all the way up until Christmas Eve. I wish I could be one of those who has time off over the holidays, but that never seems to be the case.
Email Post
Labels: Around DC love