Yesterday we headed into DC for the National Air and Space Museum, but just as we got into the city, we found that roads were blocked and there was a running event going on. After seeing all the road closures, we got back on the freeway and made a quick decision to go to Theodore Roosevelt Island instead. 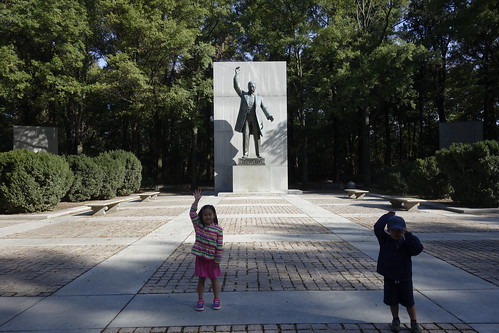 Well, the kids will be the first to tell you that they did not like Theodore Roosevelt Island. "Walking is so boring," they complained. "I don't see many other kids," they commented. Despite our attempts to make the walk through the woods interesting, "Look, a snake!" (we really did see a small snake), the 30-minute-ish walk felt like an eternity to them. We won't be back for a long time (if ever), but at least now I can say we have been there, done that. 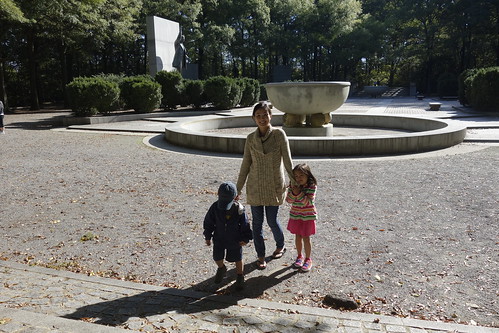 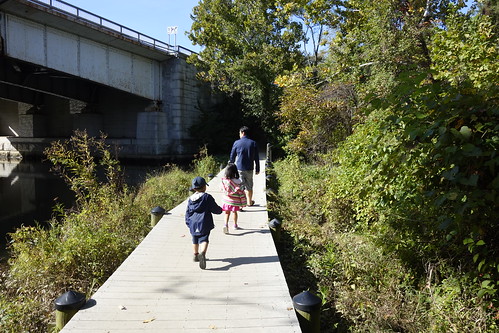 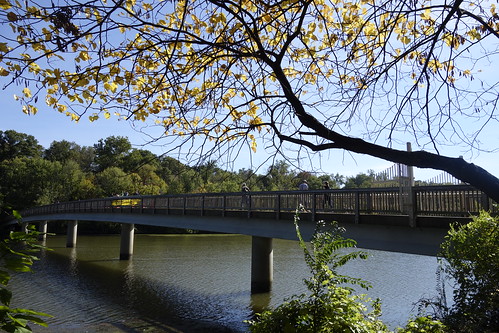 ^^Last shot before leaving to capture the beginning of fall foliage.^^
Email Post
Labels: Around DC