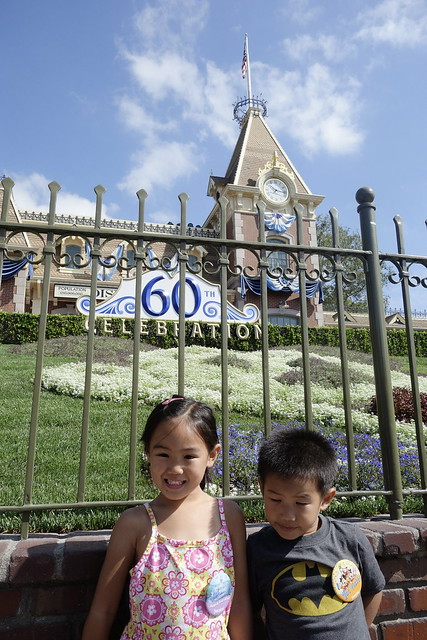 - I have been to Disney World too many time to remember, but this was my first to Disneyland! Of course, it was also a first for the kids. Luke had been there once, many many moons ago.

- We picked to go on a Wednesday. With local schools already back in session and a weekday, I crossed my fingers for a light crowd. It seemed like I was still constantly dodging people, but Luke's uncle and aunt all agreed that the park was not busy at all. We didn't have to wait for more than 15 minutes for any rides, and more often, the wait was less than 5. It was great.

- The day we went to Disneyland was by far the most expensive day of our LA trip. It was nearly $400 for our family just for the tickets (one-day pass, no park hopper) and another $50 for food. We skipped renting a stroller.

- My first impression of Disneyland when I walked in was how strikingly similar it was to the Magic Kingdom (of Disney World). That is, until I saw the castle. Haha, it was like the dwarf version of the one in MK. Although I think the castle in Disneyland is actually Sleeping Beauty's and the one in Disney World is Cinderella's? 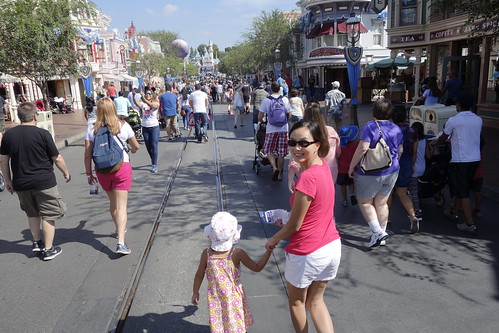 - Without the luxury of a stroller, the kids were on their feet the entire day. I could tell they were tired, so we took lots of breaks, but all in all, I was proud of them for lasting from 10:15 in the morning all the way to 9:30 at night. It was definitely nice to not have to deal with stroller parking, but a pain to have to carry a backpack though. 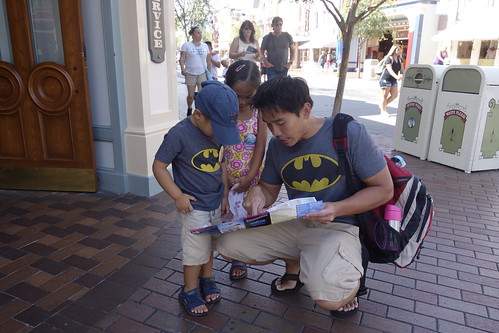 - The first ride we went on was the spinning tea cup ride. And by "we", I just meant Luke and Anna. The rest of us opted out. There were several more rides (Dumbo, the carrousel, Buzz Lightyear) that I didn't get on either, but Luke did with the kids. It was nice to just sit in the shade and relax!

- My most favorite ride was Indiana Jones!! So, so good. The kids were too short to get on, but they sure missed out! 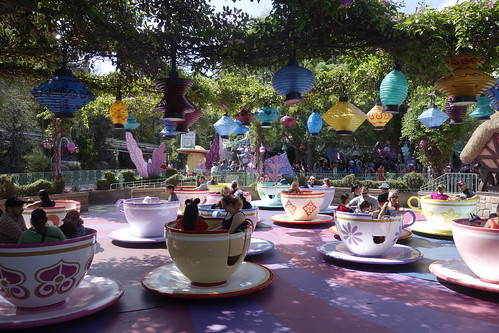 - Will just made the 40-inch requirement to go on Space Mountain. It was so funny. He wasn't really standing straight, feet weren't together. So the Cast Member (haha, gotta use the proper terminology) asked him to do all that and he was still a wee bit under. Finally, the CM told him to raise his arms and he passed the test! But what did the kids think of Space Mountain? HATE IT. Too dark, too many twists and turns, too fast. Anna was next to me, btw. 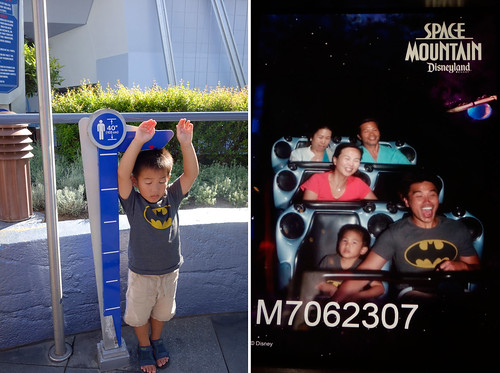 - We ate lunch at Village Haus in Fantasyland. We had a corner table with a wrap-around bench and, after lunch, it was the perfect spot for the kids to take a nap. Luke's uncle laid down some towels and made a "bed" for the kids. I didn't even know he had brought towels from home and was impressed at how thoughtful he was. Both fell asleep quick and we woke them up about 75 minutes later. After that, they were recharged for the rest of the day.

- While the kids napped, Luke and I went off on our own. We went on the Pinocchio ride nearby and then Big Thunder Mountain Railroad. Let me just say we totally lucked out because just as our train ride came to an end and we were pulling into the station, there was suddenly a mechanical problem. Fortunately, we were already at the station so the CMs manually pulled on the bars to let us out. As we left, we saw a train stuck high up in the mountain. I wonder how long they had to wait. 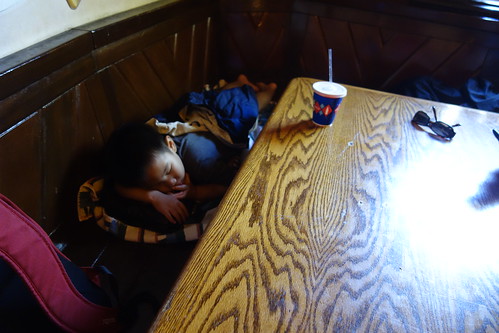 - Now that Anna is 5, she can be quite moody. I will be honest and say that she was a PITA on our Disneyland day. Not the whole day, but definitely in the afternoon. Maybe it was because we had to wake her up from nap? Maybe she was tired? Whatever the reason was, it was inexcusable because we had to wake up Will and he was tired too, but he was still very happy. Anyway, toward the end of the day Luke's aunt and uncle bought the kids light-up bubble guns in Tomorrowland. She finally let out a genuine smile :) 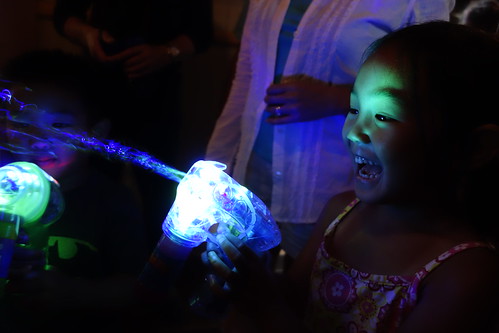 - We stayed for Disneyland Forever. Yay, Anna finally appreciates fireworks and enjoyed it! Will covered his ears with his hands the whole time. FYI, the best place to view the fireworks is near It's a Small World. Trust me, we had an inside guide.

- Our very last ride of the day was Disney Railroad. I just want to remember this one detail.

- The kids fell asleep fast on the way home. When we got home, we transferred them straight to bed. No shower that night....AFTER A DAY OF SWEATING. We scrubbed them clean the next morning.

- We had reservations to go to Disney World in December over the holidays. I canceled them a couple of days ago. I am all Disney-ed out. For real, this time.
Email Post
Labels: Everything Disney Summer 2015 travel