I had been wanting to take the kids to a local waterpark for a while now and we finally made it happen over the weekend! 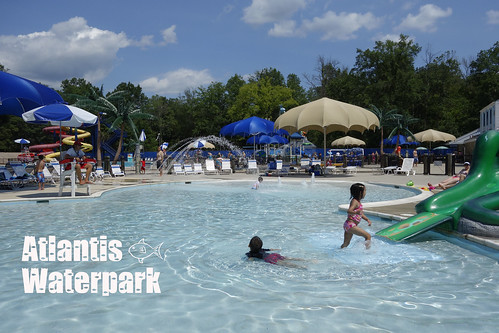 The Atlantis Waterpark was a lot of fun for the entire family. There was a large main pool that offered splashing and swimming, and it included a play island with slides on the side. Then there was a climb structure with dumping buckets, sprayers, showers, more slides. And finally, a wading pool for kids 6 and under!

Note: We didn't go on the two biggest slides (the yellow and red in the picture above) and there was also a sandpit area that we didn't use.

We started off at the wading pool. The kids went on the fun octopus slide over and over. At the bottom of the slide was a nice thick padding, so perfect for their little bums. Anna wanted to spend the whole morning there, but eventually we made our way to the main pool. Will fell in love with the more thrilling slides there and, after a couple of rounds, we didn't even have catch him anymore.

I already knew that their least favorite part would be the climb structure and I was right. Still, they tried for a bit and I was fine with whatever they wanted to do. 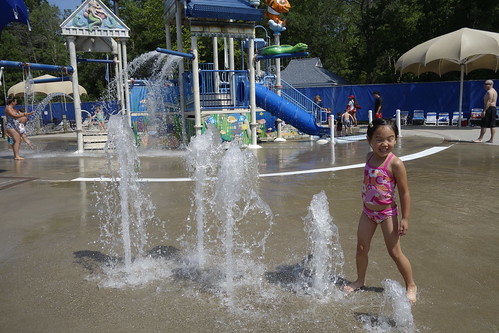 I didn't take many pictures because I was busy making memories instead, but I wish I could have captured the pure joy splashed on their faces.

We stayed for 2 hours and paid $16.50 for the adults. Kids got in free -- thank you, summer reading program! I read online that food and beverages were prohibited so I didn't bring any, but I saw several people with their own food out in the open and no one stopped them... The park wasn't crowded on a Saturday morning and the facilities were clean. 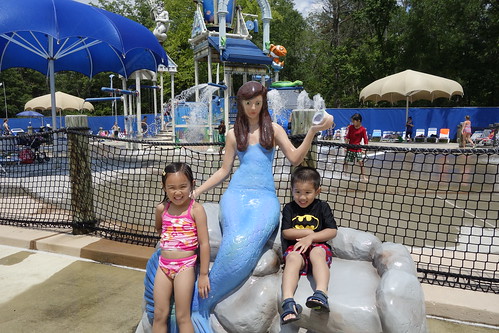 As I said before, we don't have access to a pool. I only wish Atlantis was closer to us (it was a 30-minute drive, but on the way to visit Luke's parents). If it was closer, I would buy the season pass.

As we were leaving, Will summed it up, "I had a great day!"
Email Post
Labels: Around DC Summer 2015