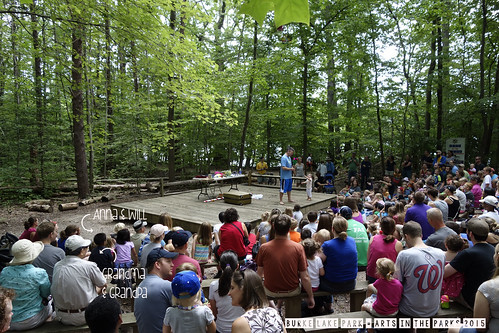 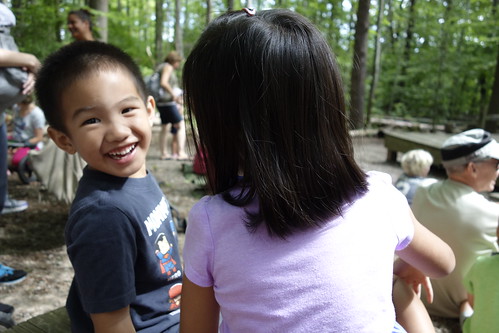 On Saturday, my parents and I took the kids to see The Great Zucchini (a popular comedy and magic entertainer here in DC) at Burke Lake Park. We sat outside in the amphitheater, under the shade of trees, and the kids delightfully laughed at corny jokes and silly props. Haha, it was a hilarious 45 minutes for them. Even though the show was geared toward the preschool & kindergarten crowd, there were parts of the show that made me go, "hey, how did he do that??" So it wasn't entirely boring for me either.

The event was part of the local annual Arts in the Parks series and I am glad that we caught a performance this summer because the kids are at a perfect age to enjoy it. Psst - for the locals - if you are interested, there are two weeks left in the series and TGZ is performing at other local venues. See here for the schedule.

After the kids got enough belly laughs, we did the usual quintessential Burke Lake activities. 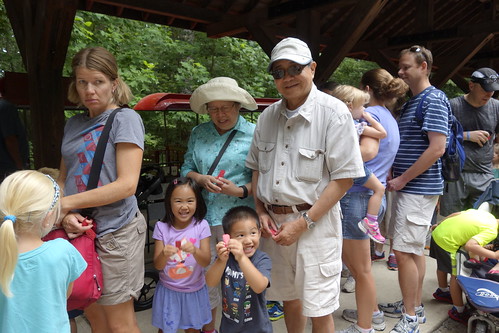 (Here is a trip down memory lane. The first time Anna rode on the train was when she was 16 weeks old. And Will's at 10 months.)

and, of course, the carousel. 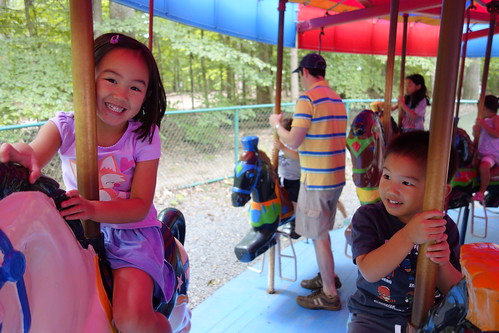 While waiting for the carousel, the kids are I took some selfies. We took a bunch and this was the best one. #notthatgreat #picturewithmeinit 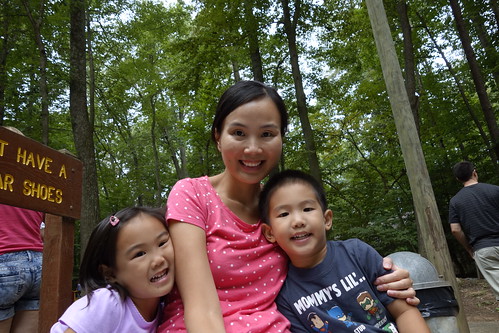 I thought it was very thoughtful of me to take some bread for the kids to feed the geese that's all over Burke Lake. They came face to face with the birds and enjoyed this last activity before heading home. 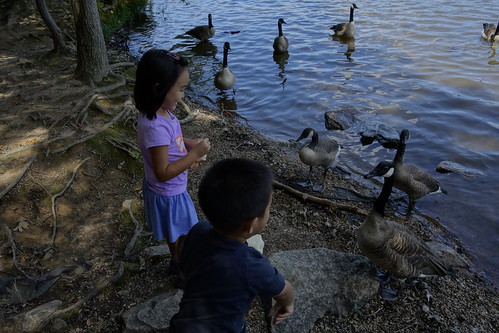 The one thing I wanted to do was take a picture of the kids in front of the train station (L picture below was from 7/2014) for a picture comparison. I thought about it the entire time, but after the train and carousel, the kids ran straight for the playground. And after the playground, we ate a picnic lunch and the plan totally escaped my mind. When I remembered, we had already driven away to another part of the park to feed geese. I thought about driving back, but ended up just taking their picture near the lake.

It still turned out fine, I guess :) 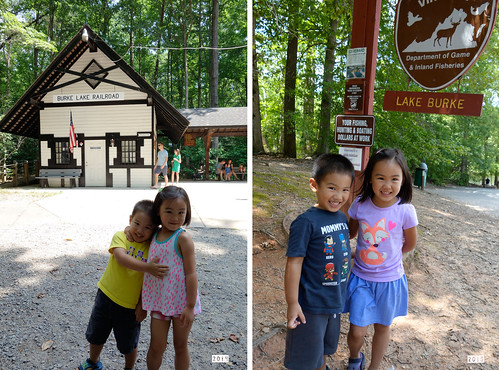