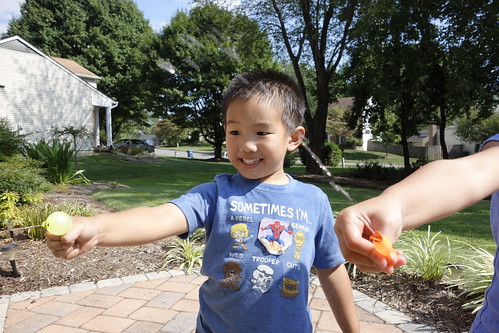 Last Friday, Luke and I picked up the kids early from school and headed straight for Water Mine. It was hot and sunny and I couldn't wait to check out the new splash pad and play structures that opened just a few weeks ago. And although I read attendance was up 80% due to the new expansion, I figured it couldn't be so bad on a Friday afternoon at 3pm....right?

I am sure you know where I am going with this. When we arrived, we saw the parking lot packed. Then we looked onward to the waterpark and saw it all. Ha, it was like the waterpark version of peak cherry blossoms at Tidal Basin in DC. Full full FULL of people! Luke wanted to leave right then, but the kids were sooo excited that we still parked. Unfortunately, once we finally got to the entrance, we found that the park was at full capacity, and more people standing in line to get in. More campers were coming by the bus. So we just left.

The kids were disappointed, as was I, but cheered up when I told them we could play with the water balloon when we get home. I had just bought several packs of those magic fast fill balloons and couldn't wait to try it out. Well, that activities turned out to be a bust because all the balloons had leaks. So instead of tossing the balloons, we could only sadly spray with them. The fun-filled Friday afternoon I had hoped for turned out to be a major letdown :( 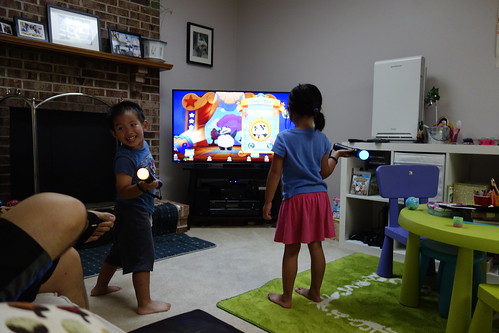 Finally, we just let them play with some video games before dinner.

The next day, after an early morning Walmart run and piano lesson for Anna, we finally got our fill of waterpark. I learned about Signal Bay Waterpark a couple of months ago when Anna received a birthday invitation. We RSVP'ed to go, but it got rained out and the rescheduled date was during our Williamsburg vacation. I am so glad we decided to check it out on our own because this was a PERFECT waterpark for my little kids.

Everything was calm and gentle, no dumping buckets or big sprays, and the deepest area was a mere foot. Anna and Will went down the slides countless times, they laughed, they splashed, they had a ball! 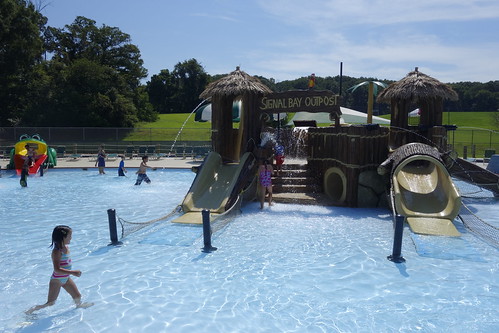 This was the main pool area. Such a fun paradise for little kids. 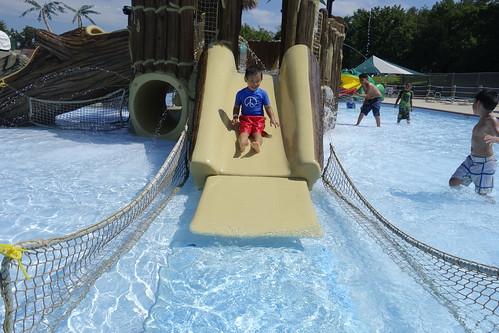 "This is my favorite waterpark!" 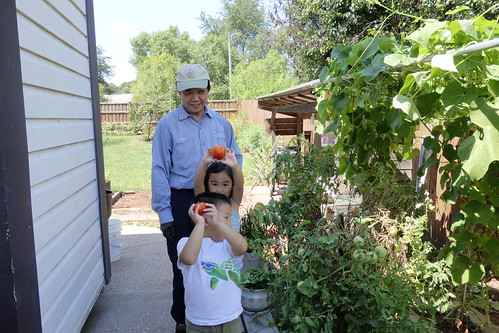 Two hours of water fun later, we went to Luke's parents' house for a visit. His parents are so awesome at growing their own fruits and vegetables. I wish we had land to do what they do. But it's equally awesome to get all the goodies without doing actual labor :)  The kids picked some tomatoes right off the vine in the picture above.

The kids and I built this Lego SpongeBob set together in the morning. I think we received this set as a gift when Will was still a baby so we've had this stashed in the closet for over 3 years now. Will said, "I like this Lego because it moves." I have to admit, it was surprisingly cool. 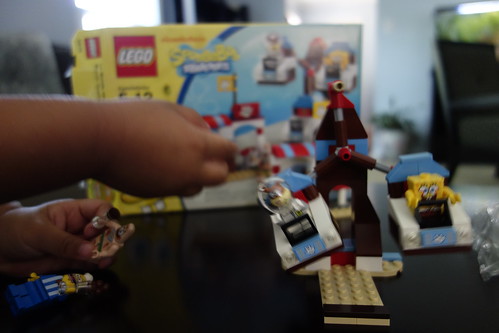 Then we went to Mosaic District. At first I thought the kids had outgrown the spray area at the Mosaic District, but they still enjoyed it through and through. Love the look of pure happiness on their faces. 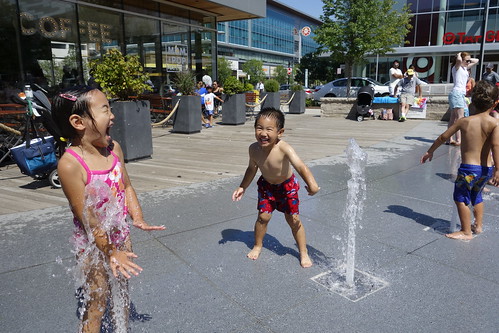 We happened across the farmer's market (every Sunday @ Mosaic) and those big ripe peaches smelled delicious. The kids picked the four biggest peaches they could find and it was $11 for all (absurd!), but we later had two after lunch and they were so juicy and sweet and really really good! 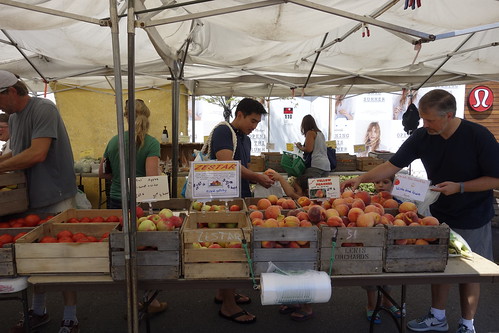 Last picture from the weekend. The Perler beads kept the kids busy for a while in the lazy afternoon :) 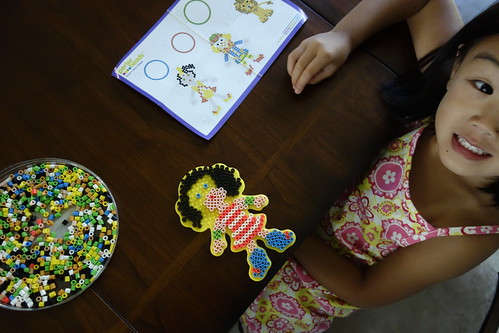 How was your weekend? Hope you enjoy your week. I am solo parenting until Friday, so I will be busy to say the least, probably losing my mind a little.