Memory #1: One late afternoon we went to Colonial Williamsburg to walk around. It was a hot day, but the kids marched on without much of a complaint. As always we stopped by Baskin-Robbins for some frozen treats to cool off. Then it was off for a campus visit at the College of William and Mary. We even went inside a classroom. 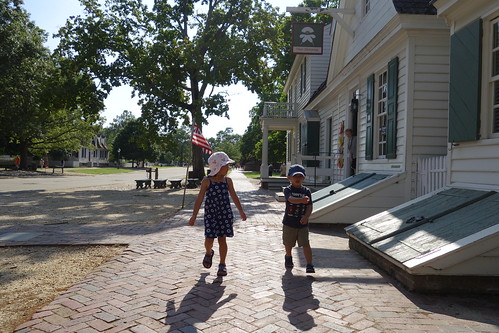 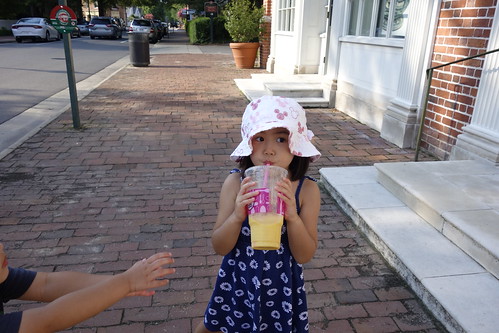 The kids and I in front of the oldest building at W&M, the Wren Building. Apparently it is the the oldest college building still standing in the US? As we walked, we saw two guys, one without a shirt and shoes. And Will was quick to point it out and thought that was sooo funny, haha. We talked to the kids about attending colleges, but Anna remained unconvinced. She would rather "stay home with Mama." 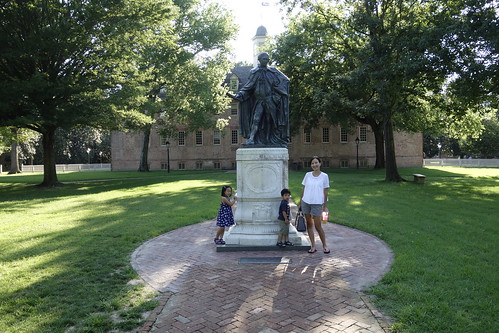 Memory #2: Yorktown beach was a lot of fun for the kids. We went on a Tuesday morning and had the whole stretch of sand to ourselves. The kids played with their beach toys and then eventually went out for a swim. Such wonderful time they had! Unfortunately, the party ended early when Luke, while swimming further out by himself, got stung by some jellyfish. 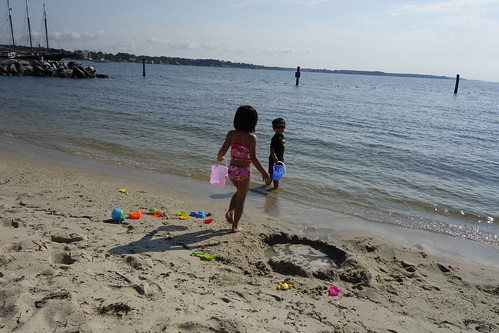 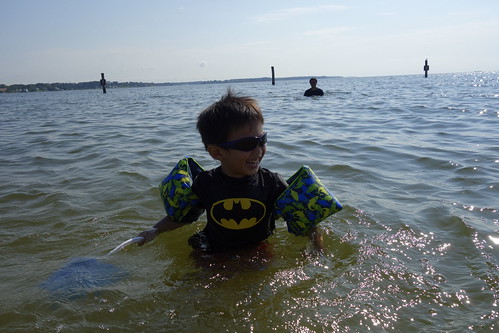 This is a pretty yucky picture and I debated whether or not to post it here, but it's all part of the story, I suppose! According to Luke, his forearm remained painful (intermittent sharp stabbing pain that came without warning) for the rest of the day and he also felt nauseous and had a bad headache. Luckily, we didn't have to make a trip to the hospital or anything. Even luckier that it didn't happen to the kids. I can't even imagine. 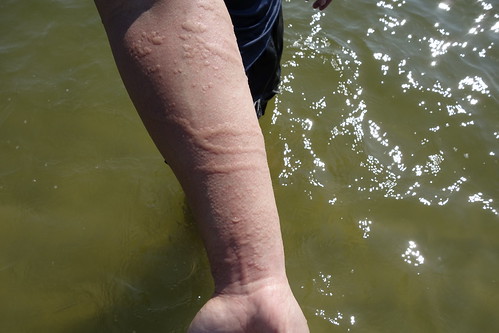 Memory #3: Even just hanging out around the resort was a good time. We ate ice cream, kids loved the playground, Luke caught a firefly, and after the sun finally went down, we explored the resort ground using flashlights. 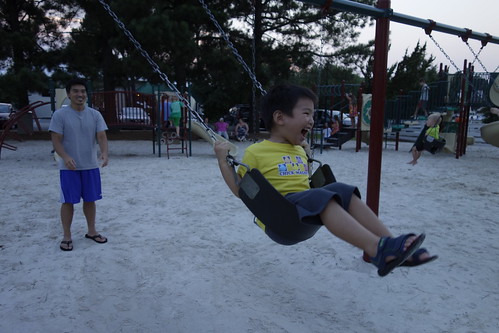 Unfortunately, all we did with the flashlights was shining the light on the walk path to make sure we didn't step on (goose) poop. Anna said as we wrapped up, "We didn't see anything, all we saw was POOP!" 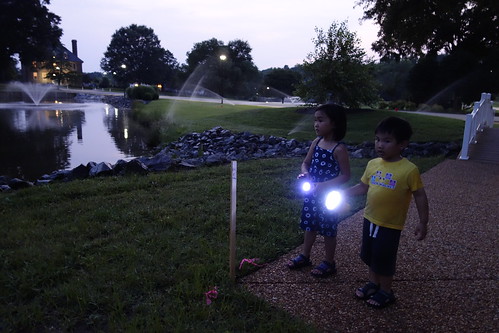 Memory #4: Jamestown Beach Event Park was a new discovery for our family this year. For those that are interested, it is a good alternative to Yorktown beach, but without the manicured riverfront shops. Instead it's got BBQ grills, plenty of picnic tables, and a small concession stand for cold drinks, snacks, and ice cream. More for the locals, I think. We liked writing/drawing in the sand, searching for seashells, and running up and down the pier. 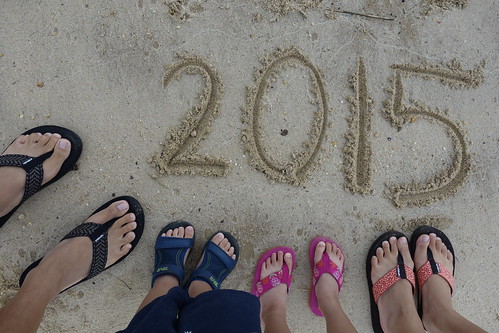 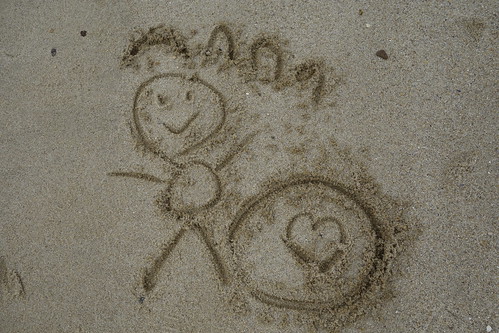 Memory #5: Will had his first movie theater experience (Anna's second) in Williamsburg! We saw the newest Pixar movie, Inside Out. We sat down in our seats with 15 minutes until showtime and then it was another ~15 minutes to watch all the previews. When the movie FINALLY started, I think Will was already restless. We still watched the entire thing, but not without Will bouncing up and down his seat and climbing all over me. Anna, on the other hand, I don't think her eyes ever blinked. 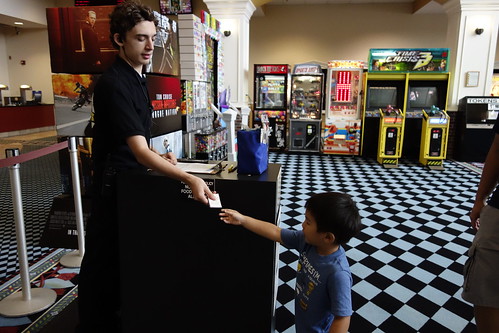 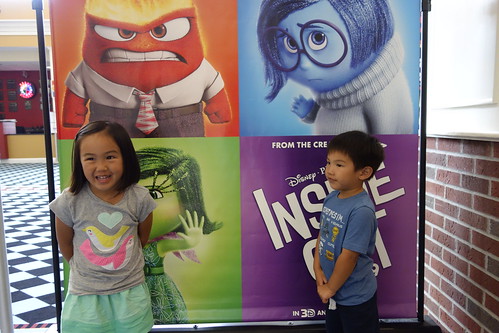 Memory #6: The pool! We actually only went to the pool twice...bummer. It took Will a little bit of time to warm up after a long hiatus (last time in the pool was 11/2014), but he eventually did and doggie paddled happily. Anna needed no warm-up time. She jumped right in and was so pleased with her new kickboard. 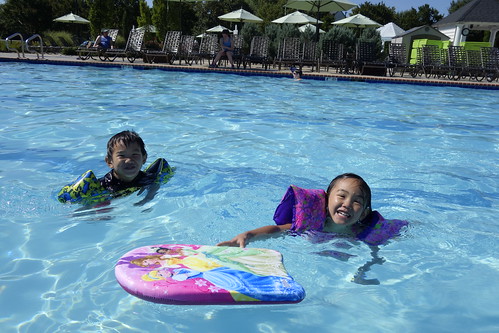 Memory #7: This kids were in screen time heaven. Nearly unlimited. 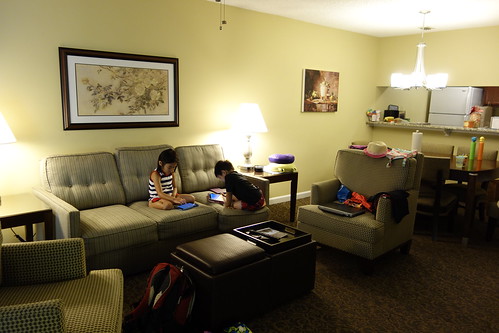 Memory #8: We really hardly ever eat the American version of Chinese food at home, but when in Williamsburg, that's our go-to place. We found New China yummy and cheap (loved their lunch specials!). We ordered from here THREE times! 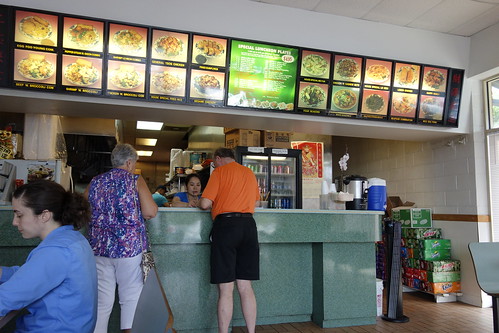 JOYCE
Fave: Yorktown beach (watching the kids having fun) and eating Chinese food
Yuck: All that screen time the kids had. Oy.

LUKE
Fave: Everything except the mini golf
Yuck: Mini golf (I am surprised he didn't say jellyfish???)

ANNA (age 5)
Fave: beach, swimming, eating pizza, Inside Out
Yuck: "I liked the volcano song, but didn't like when the volcano went into the water and then back up."  (Clarification: She was referring to the Pixar short film in the previews.)

I had COMPLETELY forgotten about the volcano song. I had to ask Luke, "Was there a volcano song in the movie?" Gosh, kids have great memories!
Email Post
Labels: Summer 2015 travel Williamsburg