The Big Island: Trip Report, Part I (Western Side)

I was motivated to keep up with blogging while in Hawaii because 1) I wanted to write while the events were still fresh in my mind and 2) I had nothing to do at 2 in the morning anyway. But now that I am back, the desire to write about our trip in detail is gone...so I am just going to sum it all up in two super-sized posts. This first post is about our time on the western side of the Big Island (Kona), which is easier to write since we didn't do as much :)

Background: We flew into Hilo on Sat 5/30 and spent 4 nights at Zen Garden Room, exploring the eastern side of the island on our own. We drove to Kona on Wed 6/3 and arrived at the Fairmont Orchid in the afternoon to join Luke's company. We were there until we flew out on Sat 6/7 on a red-eye. We got home safely on Sun 6/8 and was reunited with the kids.

Highlight of the things we did in Kona:

We are most definitely not coffee drinkers, but a coworker of Luke's wanted to go on a coffee tour so we gave him a ride (we had a car). I now know more about coffee than I ever cared for, but a free tour? Count me in. 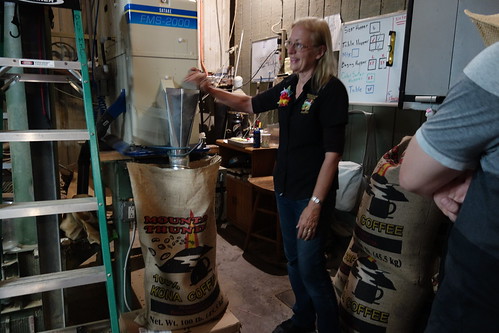 Supposedly Kona coffee is one of the best? I really couldn't tell the difference. I just put lots of cream and sugar in mine! Luke's coworker, a coffee connoisseur said, "this is very good coffee." 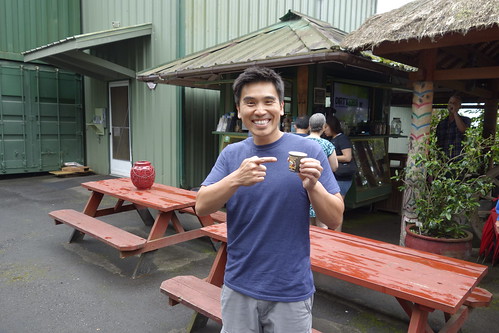 We also went to a farmer's market in downtown Kona. We had been there before on our Hawaiian cruise honeymoon back in 2007. It was fun to walk around the town again. We bought some rambutan at the market. While in Hawaii, along with rambutan, we also had tons of lychee, one of my favorite fruits. 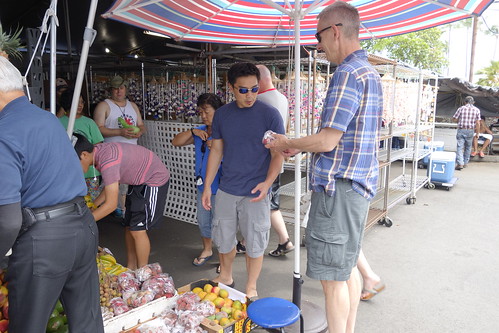 We took a picture here at the same spot almost 8 years ago. I need to find that picture... 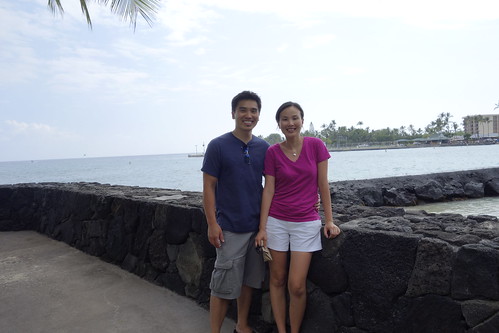 I already blogged about the lu'au, but another activity we got to go on the company's dime was an ATV excursion! We both got filthy from it, but it was another cool experience. A first for the both of us! We were supposed to each ride on our own, but during the practice course, it was obvious that I wasn't very good at it so the guides made Luke drive me instead. I have to say it was much better to just ride. No stress :)

This was me on my own ATV, before they kicked me off it: 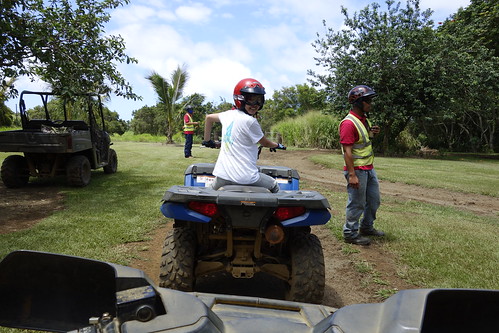 Along the way, we passed by orchards, ranches, dense jungles, and coastal views. 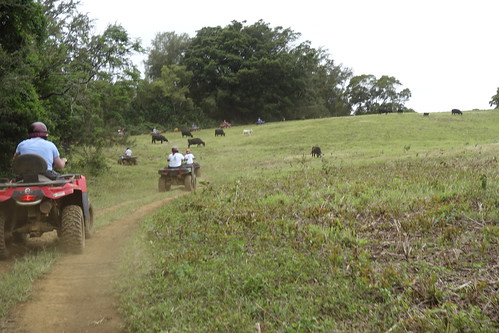 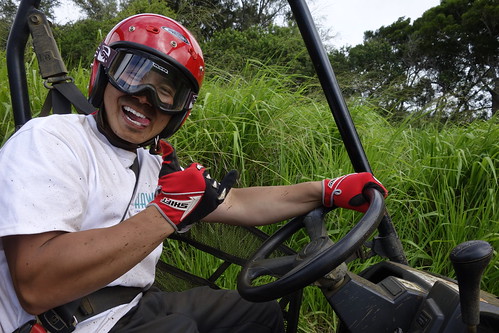 We drove behind everyone else so all the flying dirt and dust got passed onto us. It didn't help that whenever Luke saw mud puddles, instead of slowing down, he drove right through them super fast. Look at me an hour and half later: 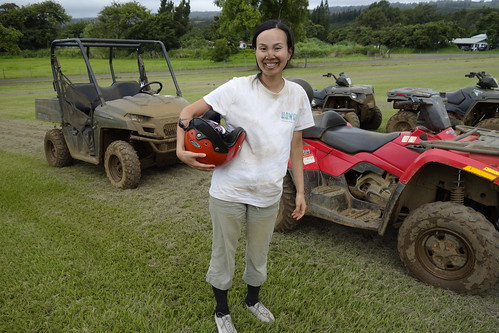 On the last day before our flight home, we made a stop at the Painted Church. We only stayed for a bit, took a few pictures, but from what I could tell, the place was serene and the interior of the church was a work of art! 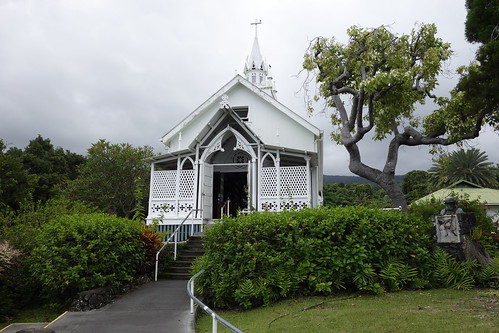 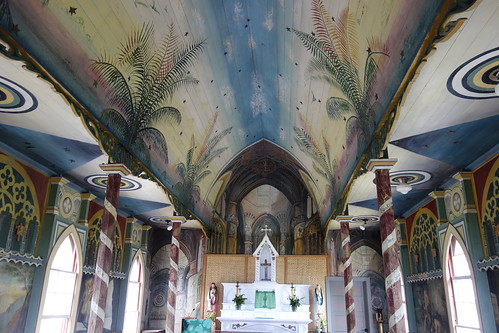 We also found two places to snorkel. The first one was at Kahaluu Beach Park. It was crazy crowded and the water wasn't as clear as it could be with people kicking up sand all over the place. But snorkeling was very good -- even at the shallow area, I saw lots of big colorful fish. Sadly no turtles. Then we drove to Honaunau Bay, near the City of Refuge. This one was less crowded and I saw like 30 yellow tangs swimming together within the first 2 minutes I started to snorkel. It was quite a sight to see, but again, no turtles to be found. 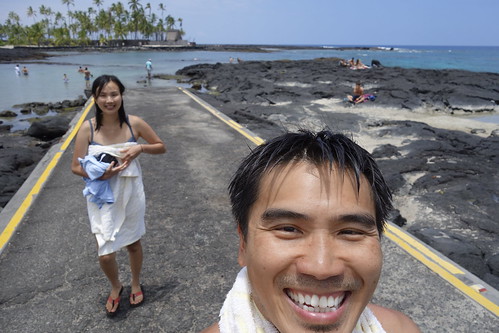 Until we got back to our hotel and while digging into my pasta, I saw this: 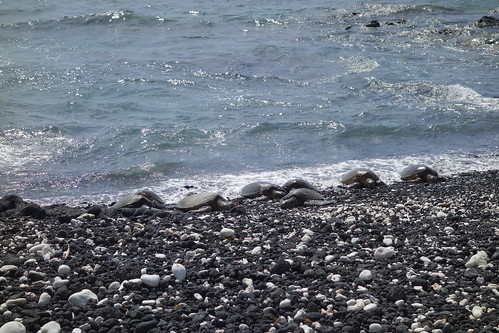 A bunch of them just laying there!
Email Post
Labels: Summer 2015 travel