this little light of mine

It was a pretty big production -- the show was held at the auditorium of a local high school. All the kids were up on stage during the entire show, but each class went up to the center one at a time to perform. Being the oldest - the kindergartners - Anna and her classmates went last...which meant I had to watch about a hundred other kids sing first. With an antsy Will wiggling around me, I was definitely getting restless myself too. But when it was time for the kindergartners, my ears perked up and my eyes shined as I watch my little girl perform with such zest. My most favorite part was her smile.

Instead of just one song, her class performed three, so I guess the wait was worth it. Anna also got to present flowers to the teachers too.

Here is one of the videos I took:

Too bad Luke was on travel, but at least the grandparents made it so Anna still got a little cheering section going on. Thanks to them for the beautiful dress too. 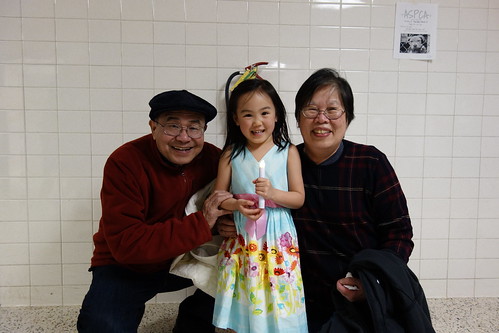 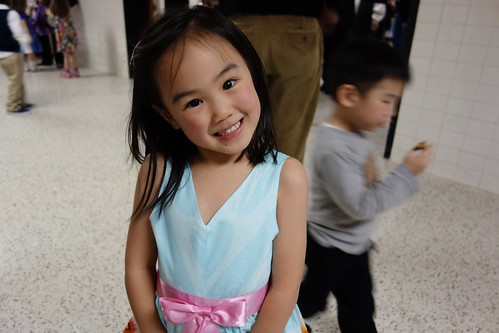 I am so proud of this little light of mine :)
Email Post
Labels: Anna Banana school life