ImagiNATIONS Activity Center at the National Museum of the American Indian

This past Sunday, we explored a new-to-us museum in DC -- the National Museum of the American Indian. I wanted to take the kids to the family-friendly imagiNATION Activity Center on the third floor since I have heard so many great things about it, both on blogs and word-of-mouth. 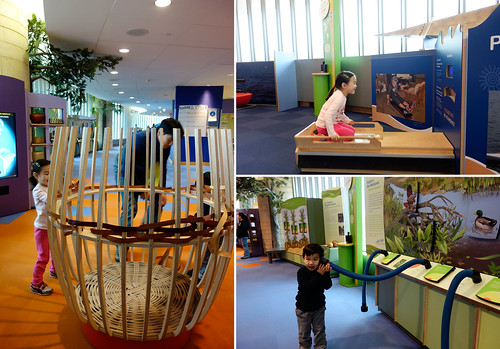 Well, personally, I thought the space was well done. Nice and open and if you go early enough, the place is practically empty. We got there just after 10a and there were only few other kids running around. My kids had fun with all the hands-on activities, from weaving a giant basket, to walking through various Indian dwellings (there was a tipi!), to skateboarding, kayaking, and balancing. And each time they completed an activity, they was diligent about stamping their imagiNATIONS passports with real tribal seals.

The space also has an area with tables for crafts, a library for story time, and a music room. Unfortunately when we went, no special events were going on. The igloo building activity was also closed (opening at 12p, but by then we had already left). 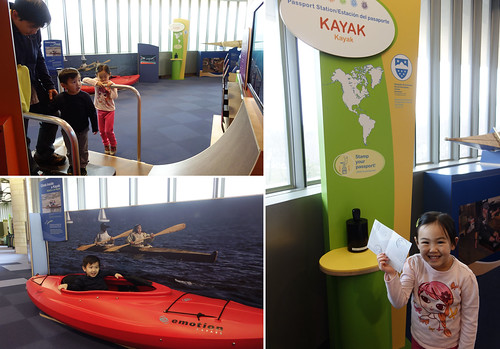 I think had we gone when there were special events, the kids would get more out of it. But instead, they blasted through the Activity Center and we were like, now what?

Luke suggested going up to the fourth floor to watch a short film, Who We Are. The theater itself was interesting, with planetarium-like features. Anna enjoyed the film about Native life, but Will got restless. After that, we did a quick walk-through of the exhibits on the fourth floor before going back down to the first floor.

The kids ran around in the atrium and then it was time to go. 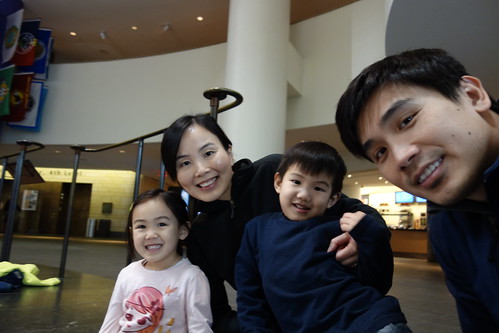 On the way home, we stopped by our favorite pho place, but the line was out of the door. So we drove across the street to another pho restaurant. It turned out to be a good call, the food came out quick and easy. And most importantly, very tasty. Now that the kids are older, we get two large bowls of pho and two additional bowls of noodles. All this for just a little over $20. 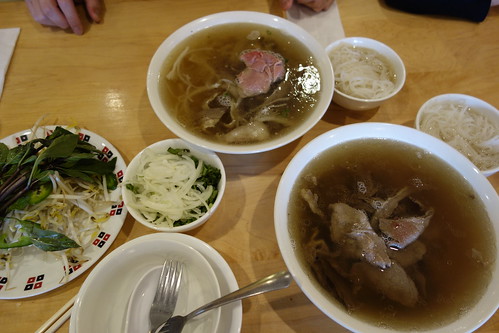 And because it was balmy out (high 50s!), we went next door to Sweet Frog to get some frozen yogurt for the kiddos. 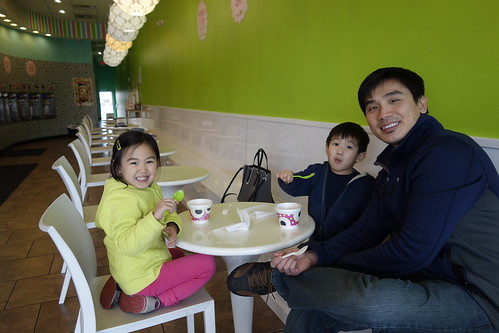 After we came home, Luke washed cars and kids didn't want to nap. So we just played outside all afternoon and had an early bedtime instead. All in all, it was a very nice Sunday.
Email Post
Labels: Around DC