Will's 3rd Birthday! Where a Kid Can Be a Kid! 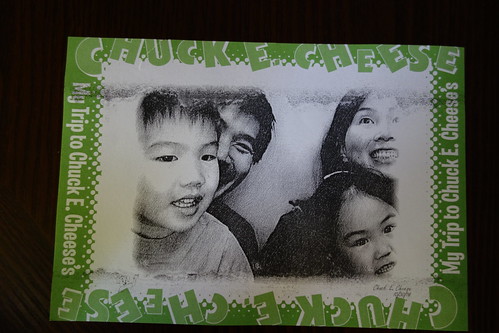 Anna: “I love Chuck E Cheese’s! I want to come back again for my birthday!”
Will: "Me too!"

Since we won’t be home on Will’s birthday this year, my parents offered to take all of us to Chuck E Cheese’s for an early celebration. I had never been to a Chuck E Cheese’s before, but I figured with games, rides, and pizza, what could possibly go wrong?

Well, I was mostly right. Anna had a ball of fun. She loved all the games and got super excited whenever she won tickets. She thoroughly enjoyed everything. Yay!

As for the birthday boy, I think it was the combination of being a little bit under the weather, daylight savings time, the noise, the flashy lights, and all the activities around him...but he was definitely tired and overwhelmed and wasn't his sunshine-y self. But, in true Will fashion, he still tried all the games we showed him and wanted more. His favorite was the Bob the Builder ride. 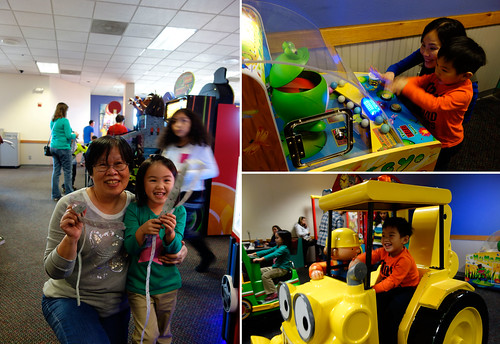 We arrived at around 11:15 (they open at 11) and because there were several birthday parties going on, the place was already packed. We ended up getting a package deal of food and game tokens. For $49.99, we got two large pizzas, four drinks, and 100 game tokens (normally the package is for 80 game tokens, but I had a coupon). The wait for the food wasn't bad. We placed the order, played for about 15 minutes, and the food arrived. The pizzas were, surprisingly, very good and fresh. Between the 6 of us, there was not a crumb left! 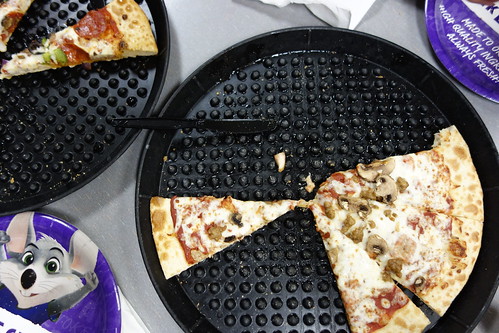 As for the rest of our Chuck E Cheese's experience? The one we went to has a 2.5 stars rating on Yelp and I read all the horrible reviews before we went. So I wasn't expecting much, except for the kids to have fun. As I said, Anna did, but Will didn't have as much. Although I think had we come on a different day (a less busy weekday, more rested, etc), he would had a more memorable time. It was truly a place where a kid can be a kid. From an adult perspective, the entire place was very chaotic and not-very-clean, but it was exactly what I expected and that was fine. I can't say we will be back again on our own dime, but a heartfelt thank you to my parents for giving us the experience! A birthday at Chuck E almost seem like a rite of passage.

Anyway, we were there for just under two hours and there was more waiting at home...

Luke had gone to the store in the morning and we got Will out of the house so he didn't see the goodies until we came home from Chuck E Cheese's. As soon as he saw that dozen of yellow balloons, his eyes grew wide and he grinned SO BIG. Just the reaction I was looking for! Then we brought out the cake, lit the candle, and sang happy birthday. He was super pleased! As for presents, lets just say Will made out like a bandit :) 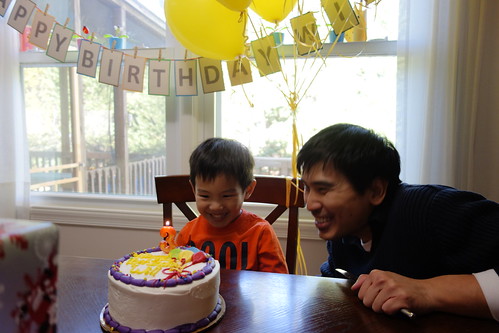 About the cake - he requested a purple cake (very odd), but was happy with this purple-bordered cake that Luke found!

Will had asked for a "yellow dinosaur party" for his birthday, but I definitely took the easy way out... Sorry buddy! Luckily he doesn't seem to care and hasn't mentioned anything. His birthday celebrations are just starting though -- we will be bringing cupcakes to his class on Wednesday. And THEN....DISNEY HERE WE COME!
Email Post
Labels: love Willy Wonka