This year Halloween felt like an all-day affair. In addition to the festivities at night, I spent the entire morning at school parties and parades. Not that I am complaining because I really do enjoy participating in school events and watching my kids in their classrooms.

Anna had her school events first thing in the morning. I signed up to bring cupcakes for the party with a high ambition that I was going to make these spider cupcakes. Well, you can probably already guess how that story went. I ended up buying two trays of cupcakes from the grocery store the night before and called it a day. #momfail. So anyway, the classroom party was first and then parade around the block. The kindergarteners led the way and I don't think Princess Belle ever stopped smiling. She was just delirious happy for some reason. Haha. 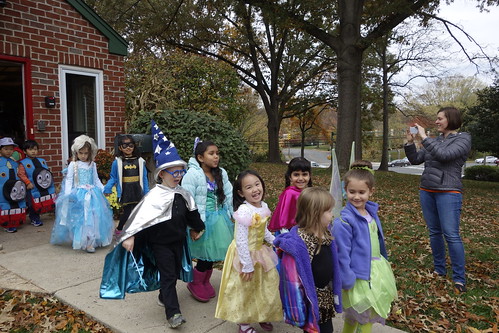 After the parade, the entire school (all the 3's, 4's, and KG) piled into the music room for some songs. It was honestly kind of crazy with all the kids and parents, but again, it was fun to get a glimpse of Anna's school life. She's really thriving at this school and I am yet again very happy that we made the decision to enroll her there. 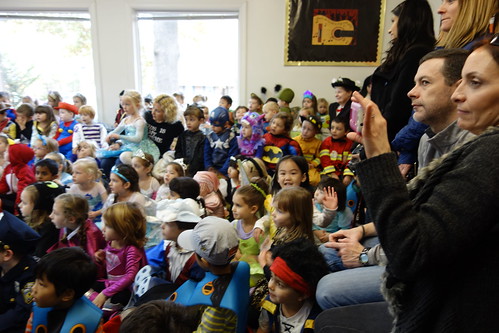 What's Halloween 2014 without the cast from Frozen? 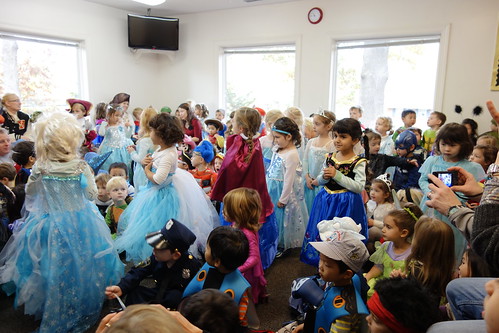 Then it was Will's turn. When I found him in his classroom, he was stuffing himself with all sort of treats. I have been thinking about pulling Will out of preschool and just send him to daycare for another year. The logistics of it all is a big hassle, but the biggest reason is that I hate that he has to go to two different places (1/2 day school and 1/2 day daycare) every day, especially with cold weather coming. It would be so much better if he was in an all-day program somewhere…. But the teachers he has are so great and the main teacher actually emails me on her own to tell me about Will’s time at school. I suppose I am just too sentimental to let go. 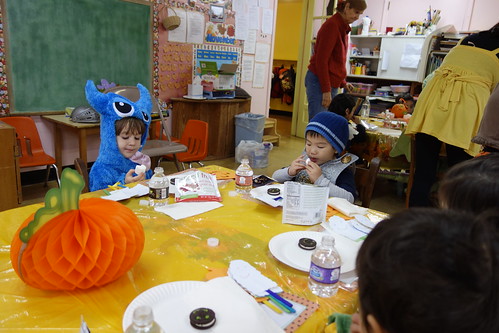 The hubs came to Will's school and walked the parade with him. I will say that our little knight looked a little bit dazed and confused about the whole thing, but still did great :) 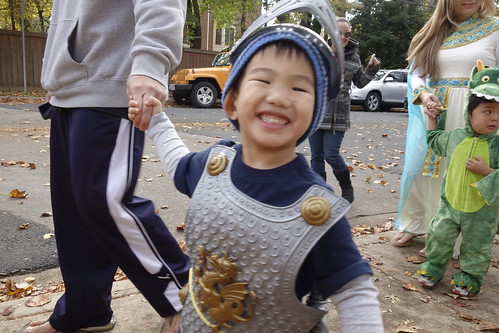 So as I said, I love attending school events. They beat any day at the office.
Email Post
Labels: Anna Banana school life Willy Wonka