We are back from Disney World! Luke and I were both sick throughout the vacation, but as a family we still made some wonderful memories and had a great time together! I will be blogging all about our trip in the upcoming weeks so get ready for some Disney overload!

This was the first time we drove to Disney World so I am focusing this first post on just that.

Last year we purchased a minivan so the family could take more road trips in the years to come. While we have driven to Williamsburg (3 hours away) several times, I consider Disney as our first big road trip. It was great -- I had the whole back row to myself and was able to help the kids with whatever the needed. And yes, with all the space, I was able to lay down and take naps too. Driving also meant money saved on airfare. We would probably had to add another $1000 to our vacation total had we flown.

For our trip there, we decided to drive during the night time hours so we could drive without distractions from the kids. We left home at 7:46pm (I checked the clock) and started the 12+ hour drive. As soon as we were on our way, I settled the kids in with pillows and blankets and told them to go to sleep. Both kids were out within the first hour and all was good. 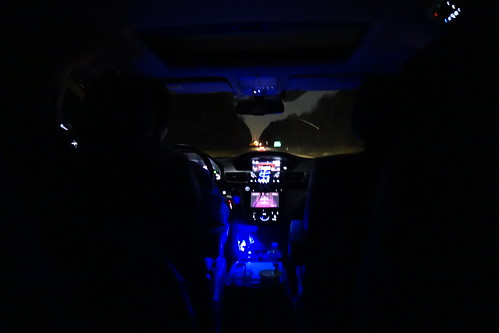 Luke drove for the first 4 hours and, when we stopped for gas, I took over. Even though I had worked all day, I was pretty alert and enjoyed the drive through the Carolinas. I lasted for 3 hours and Luke drove the rest of the way to Orlando. Ultimately, it took us 13 hours, with a stop at McDonald’s for breakfast.

As for the kids, they did SO good – slept the entire time except for the last 2 hours. 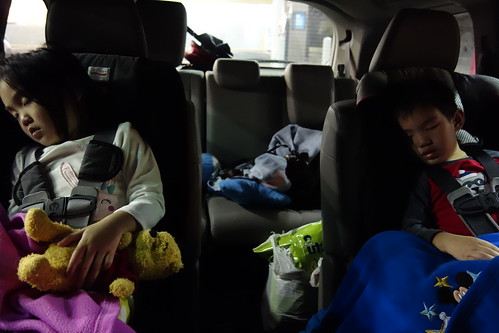 Once we arrived at the hotel at 9am, Luke was exhausted. He hadn’t gotten a good night sleep the night before (woke up at 4am to take my parents to the airport) and was at the beginning of his sickness. I was doing ok (I didn’t get sick until a few days later) since I got some sleep in the car and I knew that I had to be awake for the kids. Unfortunately our room wasn’t ready so Luke could only rest outside while the kids got into their bathing suits and splashed away. 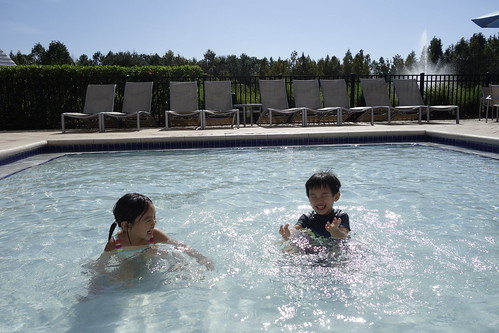 (Just a note that we stayed at a Hilton near SeaWorld the first 3 days before checking in at Disney’s Pop Century for the next 6 days.)

For our drive home, we broke it into two days. We left Pop Century around 9:20am and drove until 6pm-ish to Fayettesville NC. I will always remember this day because it was Will's birthday! The birthday boy spent most of his 3rd birthday in the car and had Chinese take-out at a Hampton Inn :) Shrimp lo-mein!! I loved this night at the hotel with my little family :) 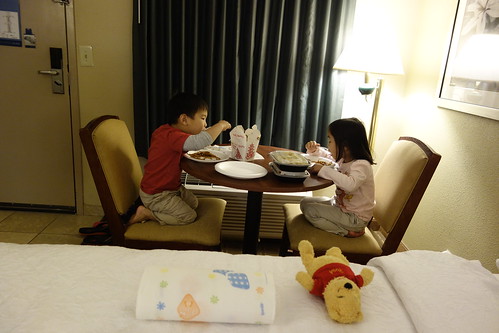 Then the next day, after breakfast at the hotel, we all piled back in the van a little after 8am and survived the rest of the drive home. We pulled into our garage just before 2:30pm, after stopping to get groceries and picking up Pesto dog.

Overall, the kids did wonderfully in the car with the help of tablets. 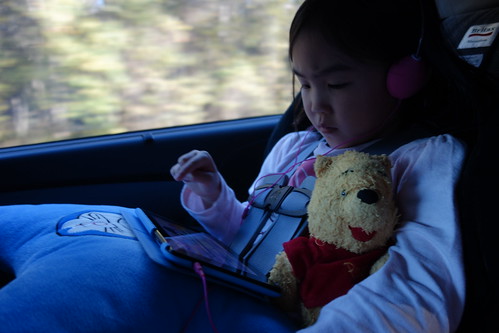 Luke and I have talked about our future trips and decided that we are no longer going to drive through the night – it’s unsafe and it takes a toll to stay up. I definitely feel that it was particularly worse for Luke this time because he wasn’t feeling well – but since he does the bulk of the driving wherever we go, I will leave it up to him. I thought driving during the day would cause lots of stress (dealing with kids and all), but it was actually okay! Of course, there were some hard moments, but nothing terrible. Next time for any long drives, we will definitely break it up to make it more manageable.
Email Post
Labels: Everything Disney travel