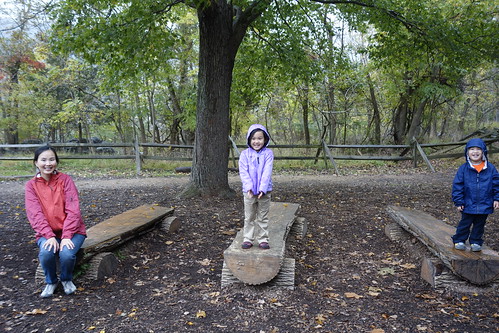 Earlier this week, my parents and I took the kids for a short trip to Great Falls Park. It was raining so I had second thoughts before we left the house, but I was glad that we threw on our rain coats and went anyway. It turned out the kids really enjoyed the little outing..probably more so BECAUSE of the rain. Their reactions to the falls were anticlimatic, but they skipped and ran enthusiastically everywhere else. Had it not started raining extra hard all of a sudden, we probably would have walked a trail, but on that day we just went to the three overlooks within 5-10 minutes of the visitor center. The first outlook was the best. It had an obscured view of the falls, but I liked it because of the big rocks that we had to scramble over. The kids did just fine even though the rocks were wet and slippery. I used to think that they are still too young (4.5 and almost-3) to do any real hikes, but they are definitely capable. 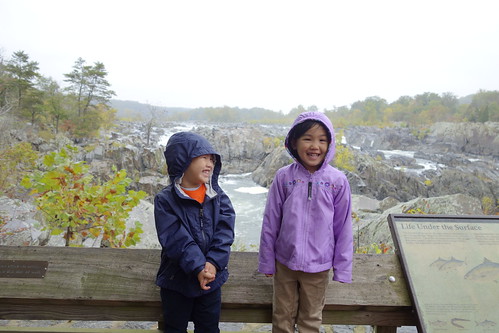 Because of the weather, the park was nearly empty. From personal experience, I know that on nice days, cars line up just to get in. Unfortunately though, we were a few weeks too early to catch the vibrant fall colors that I was looking for, but the view of the waterfalls was pretty just the same. I took this picture at Overlook 2. 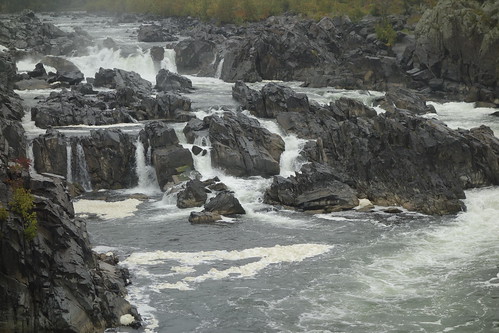 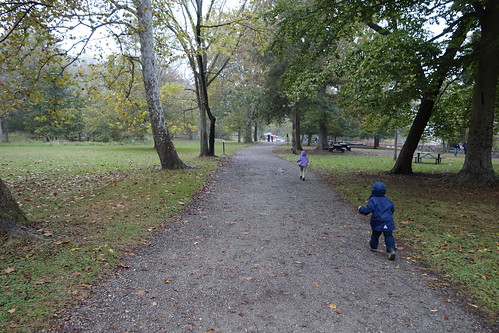 I asked the kids if they enjoyed the park and received a resounding, "Yes!" :)
Email Post
Labels: Around DC love