Back when Anna was just starting to get sick and the rest of us were still healthy, we had tickets to a fall festival that were “use-it-or-lose-it.” So of course we had to use it. Judging by Anna’s smiles, it wasn’t like we dragged her and she had a horrible time. But regardless of the fun the kids enjoyed, the festival was definitely lame and I am here to give you a full report :) 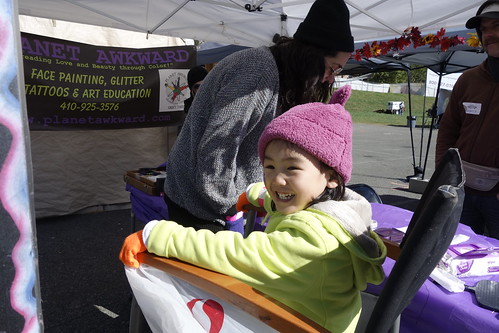 Weeks ago, Luke emailed me at work and told me that he bought a deal off LivingSocial – tickets for two adults and two kids to the 1st Annual Tysons Fall Harvest. It was $20...which actually didn't save us a whole lot because kids under 16 were free and adult tickets were $10 had we purchased in advance anyway. The package did give us some freebies that we would otherwise had to pay for, such as the petting zoo, bouncy house, and hay ride (which ended up being canceled due to insurance reasons). Anyway, it was just a fair deal for our family, but I assumed that since there was an admission fee, the festival should be pretty good, right?

It was nothing but vendor booths with a few kiddie attractions (that cost extra money)! For the past 2 years, we had gone to Fall for Fairfax, which I disliked because it was just all marketing but at least that was free. So having to pay $20 for the same thing was ridiculous. Haha, I sound annoyed, but really I wasn't. The whole week we hyped up the event by telling the kids that they were going to go on pony rides and getting their faces painted. So when they got to do exactly just that, they had a great time. And it was fun for us to see them happy.

A $3 pony ride around a circle that lasted less than a minute. On the bright side, the kids enjoyed their first riding experience and we were first in line so no wait! 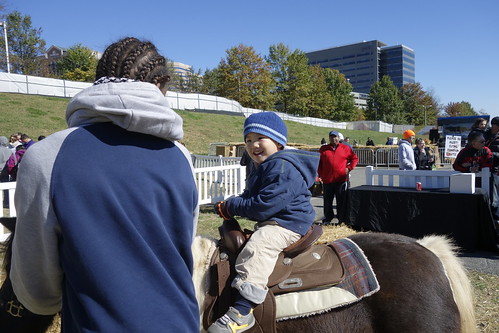 On the event website, it read, "Enjoy the Hay Maze for FREE all day ... try not to get lost!" Um...how could you possibly get lost when the hay bales were only, like, a foot tall? Will sure had fun leaping, though. Just look at him go in the picture below. 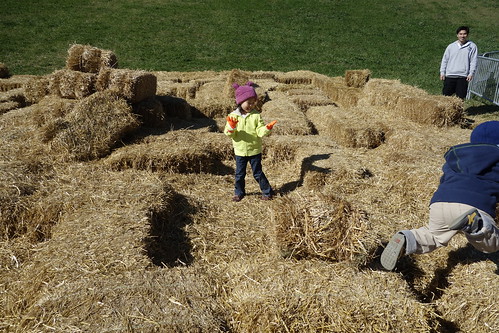 We also visited the petting zoo (freebie through the LivingSocial deal) and did pumpkin bowling (also a freebie because of the missing hay ride that was promised), although instead of rolling with a pumpkin, like advertised on the website, it was just with a ball. Whaaaa? 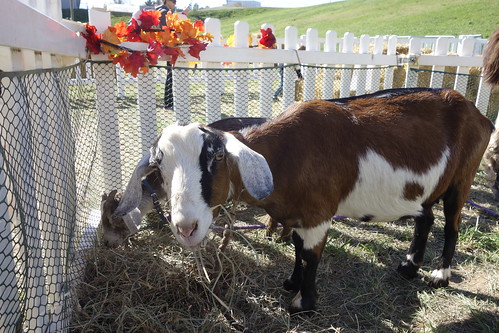 Anna really wanted to get her face painted so we let her do it ($8). She picked Twilight Sparkle from My Little Pony which was perfect since she's really into that show right now. Will skipped the face painting and went to the bouncy house instead (another freebie). 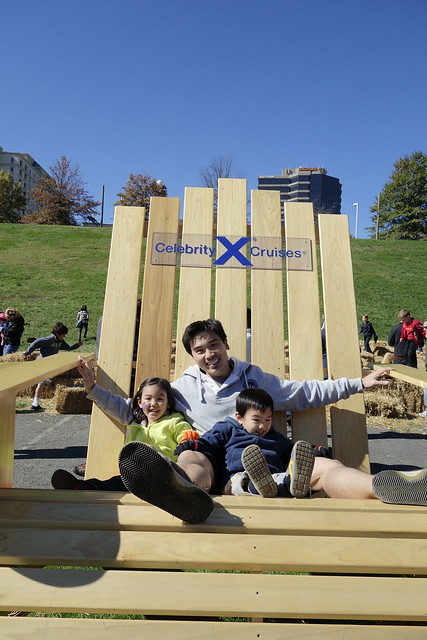 To sum it up - I would be shocked if there was a 2nd annual Tysons Fall Harvest. You definitely won't find us there again. With that said, the kids didn't want to leave when we finally left.
Email Post
Labels: Around DC love