Earlier this month I saw a Family Zoo Package deal on LivingSocial –- the deal included parking (normally $22), four carousel rides ($3/ride), zoo map (another $3), two panda ears, and two packs of animal “zookies” – all for $25. I clicked on the link…mulled over it…and closed the browser. Later when I clicked the link again, the price showed $22 (yay!) for a limited time, so I jumped on it immediately. Normally a trip to the zoo would cost that much just for parking so this was a terrific deal to me.

Sunday was a nice day, weather-wise, so we decided to make it a zoo day. 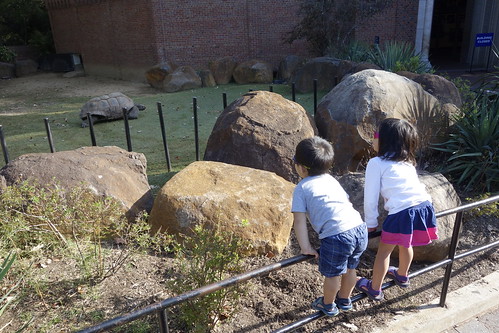 Every time I go to the zoo, I see something that I have never seen before. This time it was the American Trail. Here is a tip: if you start the trail at the Elephant Outpost, the trail is an easy and shady down-slope walk. 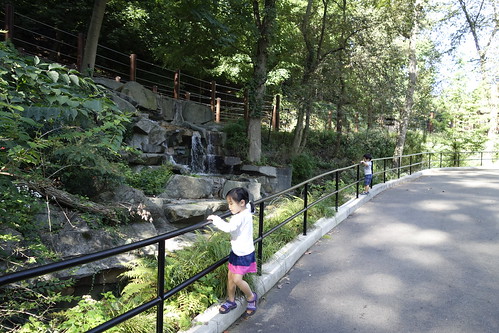 Not many animals to be seen on the trail but toward the end is SPLASH PAD and a wonderful viewing area of the sea lions. I think the splash pad would be awesome on hot summer days, but it wasn’t hot so we didn’t stay long. The kids did like the sea lions a lot, though. 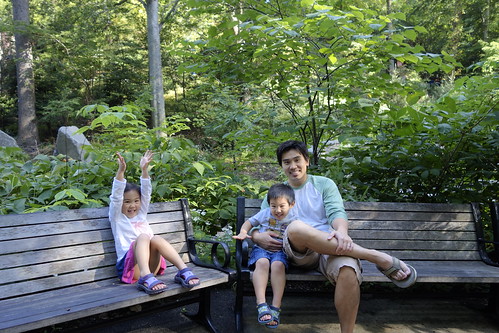 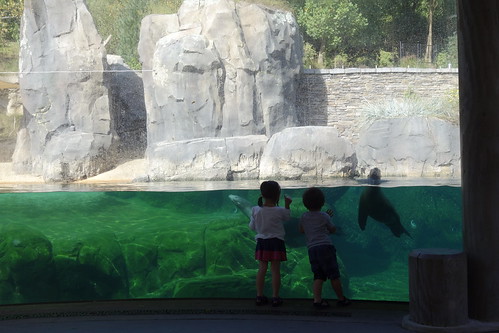 When we existed the trail, we found ourselves at the entrance of Amazonia, one of our favorite places at the zoo. I am trying to get myself in the pictures more with the kids so here is one of us at the rainforest: 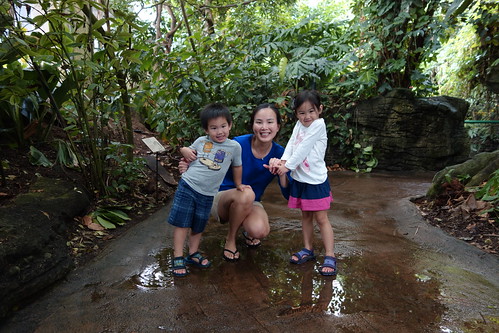 We promised the kids carousel after Amazonia. This carousel was unique in the sense that it featured a lot of exotic animals, not just your typical horse. Of course, my kids didn’t pick anything unique. Will rode the lion and Anna wanted the goat. I ended up on a rhino and hubs on an ostrich just because they were right next to the lion and goat. Pretty fun. I think they are going to expect carousel rides whenever we come to the zoo now. 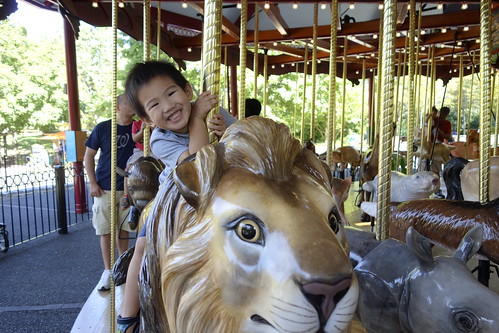 The last thing we did before we left was seeing the big cats – lions and tigers. We actually packed the kids pbj sandwiches and chips so we found a bench near the big cats and they ate while watching lion cubs play. Believe it or not, this was our first time packing lunch on outings. Usually whenever we are out and about on weekends, we just grab pho on the way home. But this was great, we saved some money and we stayed at the zoo a bit longer. 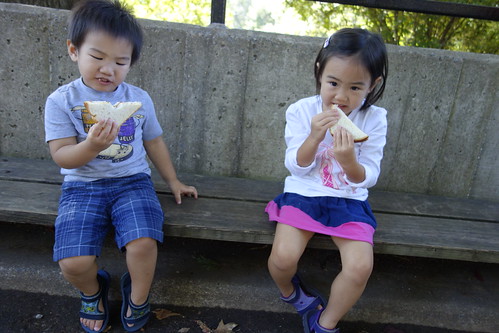 Oh, not pictured, but we also saw pandas (including Bao Bao who was in a tree), elephant, orangutan, bison, wolf, farm animals, and a bunch of sea creatures and reptiles. I am probably missing a couple, though. Overall, we saw more animals than ever before. 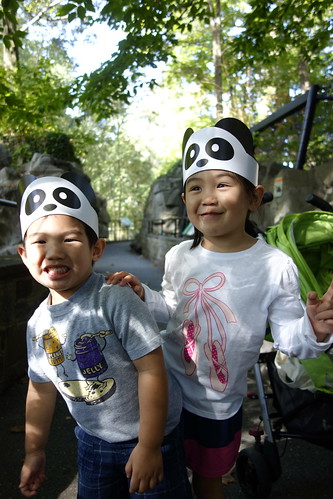 We had a great day at the zoo and I love LivingSocial for making it more affordable and fun!
Email Post
Labels: Around DC love