A Day at Kings Dominion, the 2014 Edition 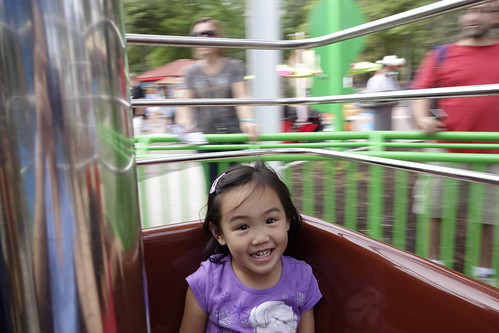 Yesterday was our annual Kings Dominion trip, courtesy of my company. It was our third year attending the event and DEFINITELY our best year yet. The kids had a really fun time! We arrived early and Planet Snoopy was nearly empty so we were able to get on a couple of kiddie rides right off the bat.

This year was the first year that we actually got on the kiddie rides with the kids, since for some they weren't tall enough to ride on their own. After riding on the Flying Ace Balloon Race, which was essentially a spinning tea cup ride in the air, my head was...well, spinning...so I skipped the next ride on Lucy's Tugboat and took this video instead:

Kids had a blast!

After that we headed to a different section of the park because the crowd was starting to build up. Over there, we all got on the carousel (it never gets old for the kids) and an antique car ride for the entire family (Luke pedaled, Anna steered).

We said we wouldn't eat at the catered lunch this year, but we still did anyway :p After a very unhealthy lunch (fried chicken, hot dog, ice cream), I was glad that we remembered to bring the kids' bathing suits (forgot the towels though!) because it got hot all of a sudden. So similar to last year, we went to the water park to cool off. The kiddos had a fun time splashing and playing on their own for a long time. We actually just sat on the sideline, relaxed and watched. In the end, Anna actually got her face wet and went down the slide. I had a super proud moment right then and there :) Oh, and it was also neat to bump into an old classmate of Anna's and his family. Small world. 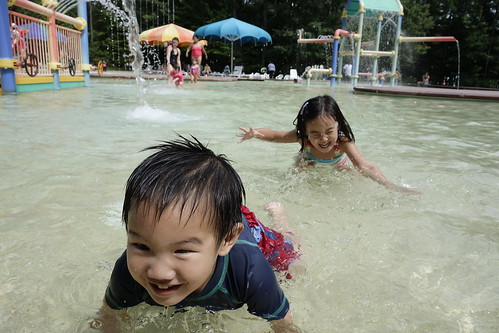 I had been waiting all year to get another family picture in front of the fountains. Yay for making it happen! Love my little family and this tradition of ours. 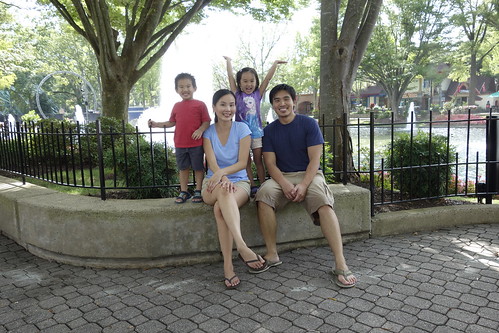 I also took this picture of the kids at Planet Snoopy. Maybe this will become an annual shot too? 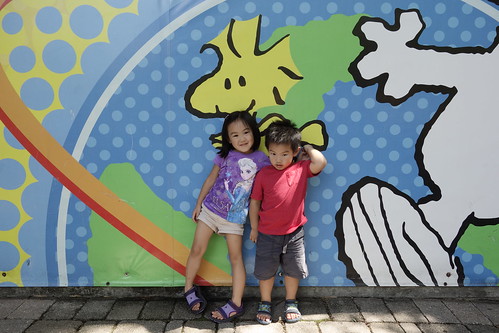 I am already looking forward to go back again next year. It's so great that my company sponsors this event annually...it's such a fun family tradition to have, to visit the same place at the beginning of every September. Sure I may just be getting one percent raises, but this definitely makes me less bitter about the whole thing :)