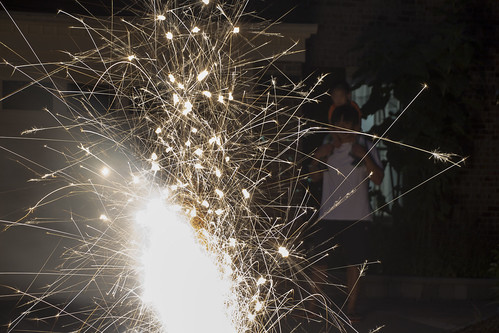 Two years ago, we started potty training our firstborn on July Fourth and it looks like we inadvertently carried on that tradition with our second. On this Independence Day, instead of barbecues and flag cakes, we were knee deep in pee and poop. Not literally, thankfully. Will is surprising us all and embracing the potty like a champ. I will write more about it as we get further along.

Although we stayed in all day (well, to be accurate, Anna and hubs were out shopping for a bit), we didn't miss out on ALL the fun traditions of the 4th. This year Luke decided to put on a show for the kids right in our front yard. A few days prior, he went out and bought a bunch of fountains, smoke bombs, sparklers all on his own. The entire day, the kids were so excited and kept asking, "Is it dark yet?" over and over. Unfortunately, when it was finally dark and the first smoke bomb went off, Anna got scared and ran back inside the house (and stayed there). Will was intimidated, but he stuck around and ended up playing with the sparklers! His first time!

I knew I wanted some good pictures, so I busted out my big camera and learned about shutter speed. I know, way overdue. We were not coordinated enough to write anything fancy with the sparklers, but I thought they turned out just fine anyway! 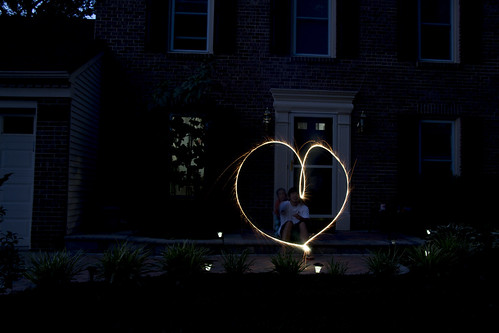 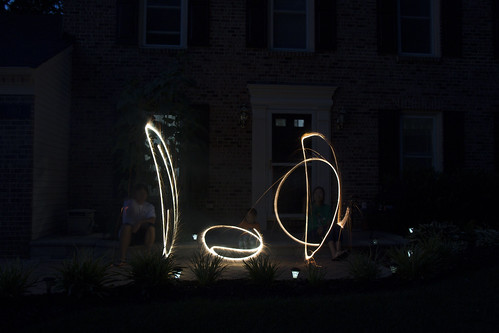 How was your long weekend?
Email Post
Labels: love Summer 2014