An Overnight Trip to Baltimore: Part 3 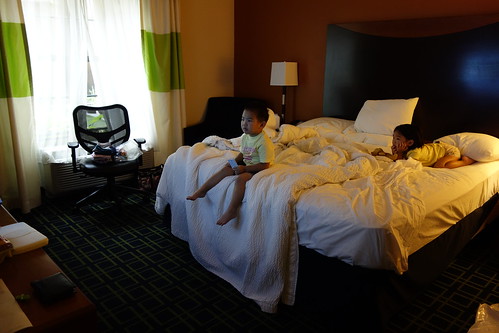 We took our time getting ready the next morning. The kids and hubs slept in - until 8:30! - and we gave them TV/Kindle time before finally leaving our room for breakfast. The hotel offered free breakfast so it worked out very well and the kids had fruit loops for the first time.

We were leaving for home in the afternoon and the only plan for the day was the Maryland Science Center. So after we checked out of the hotel and stored our bags with the front desk, we started walking. We really lucked out with the weather because it wasn't hot at all, but of course, the kids still complained. So when we saw these water jets along the way (FYI, they were near the Visitor Center), we decided to let them play, even though we didn't have any spare clothes with us. We asked them not go get too wet and they actually listened. 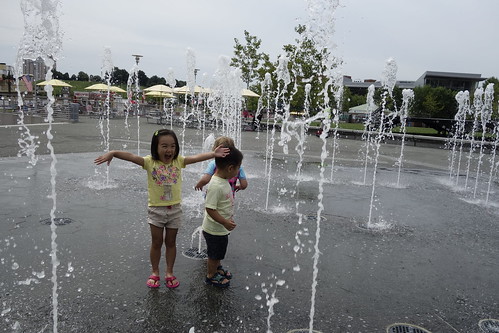 Except for one annoying incident of Anna being scared at the planetarium, the kids enjoyed the museum a lot more this time around. It just happened to be "Bubble Days" so we watched a very entertaining bubble show and the kids got to play with some bubbles. They asked to go into the bubble pool, but their father vetoed the idea so all they got was a bucket. Still had fun, though :) 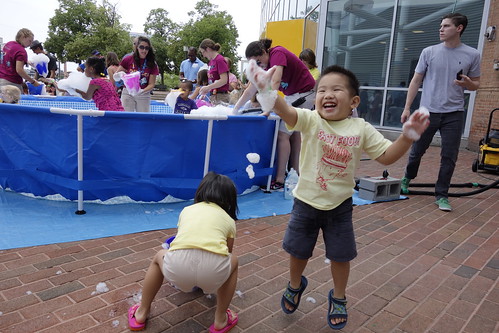 Back in April, when we first visited, they reluctantly walked through the dinosaur exhibit. Not so this time. 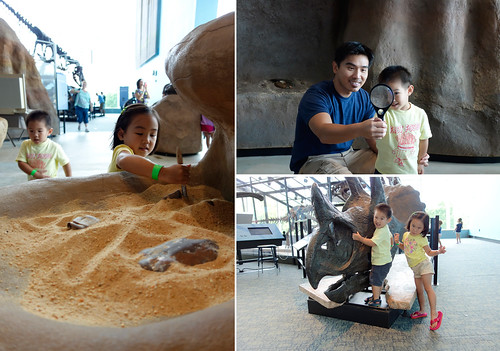 We also gave each of them 51 cents to make a souvenir coin. They were pretty excited about that, haha. Kids get a kick out of the simplest things. 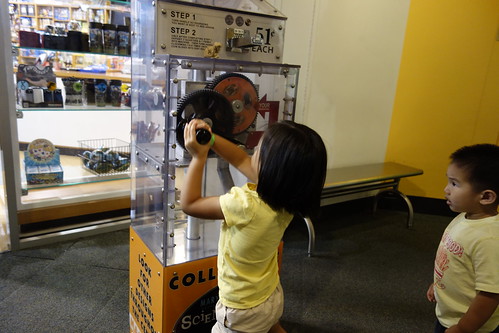 Kids Room - their most favorite place. 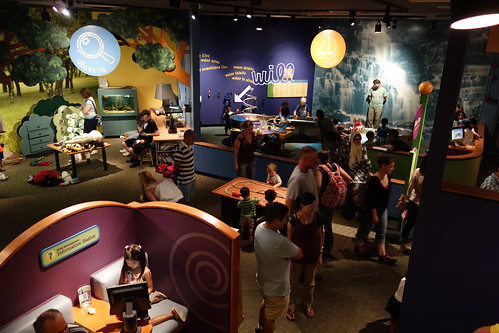 Look at that concentration on their faces! 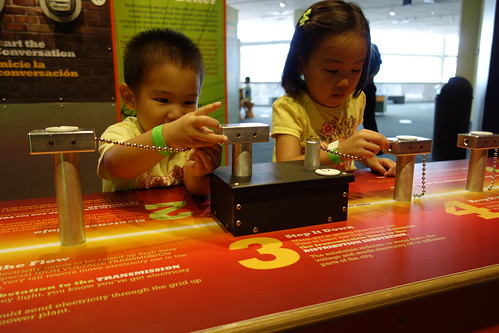 I wish we could do trips like this every weekend, but we would go broke and the kids would probably stop appreciating them. We were home by Saturday afternoon and still had Sunday free to run errands. And by errands, I meant that the hubs and I went on a movie date while the kids stayed with their grandparents. 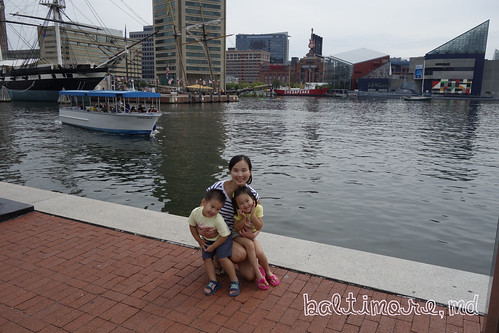 So that was our Baltimore trip! It was too short, but good times.