Hooray! We made it to the last day of school!

Here is Anna, taken just this morning, before I took her to school: 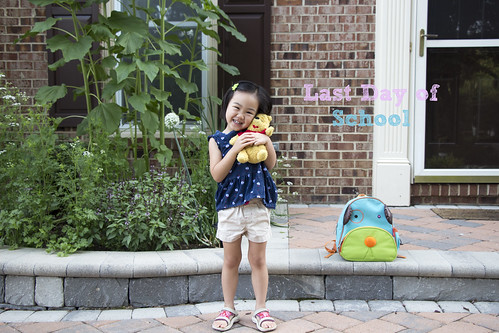 One with her "baby" brother Will: 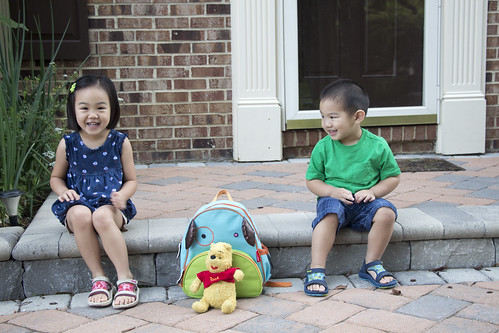 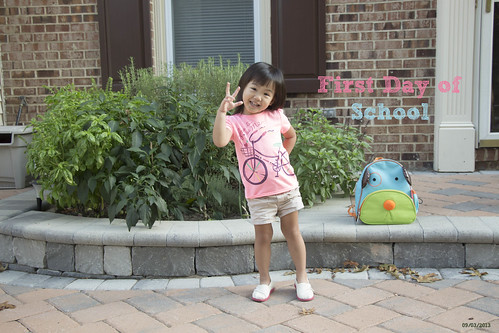 Definitely a little bit taller, but other than that, not much has changed?

I wish I could say that this had been a smooth year for Anna, but I can't. After a great first day of school, I thought we were on our way to a drama-free school year. But it all started in October when she started whining for about two seconds at drop-off. It continued to be like that for the next several months. Beginning in May, a little whine turned into full-blown cry that lasted on and off throughout the day. Then in late May/June, cries turned into screams. High-pitch screams. On some days she screamed so hard that she had to be removed from the classroom. Picture me sitting in my office and getting a call from the Director. Not pleasant.

The teachers were just as clueless as us as to why she was behaving this way. It could had been the transition from Grandma-care to daycare, but no amount of talking, bribing, and umm..yelling could make her stop. So we just took it one day at a time, and finally now on the last day, I think I am probably happier than her that school is out. Happy that I don't have to deal with her going to school for the next two months.

But whining/crying/screaming aside, she actually really did have fun in the classroom. She loved having jobs, doing art projects, and participating during circle. And every. single. day, when we went to pick up her, she always walked down the steps happily.

I am hoping that her resistance to school is just a stage and she will grow out of it this fall. I am also hoping that with Will going to school with her (fingers crossed that he gets potty trained in time!), it will calm her down a bit.

Anyway, to show a token of my appreciation for the teachers, I handed out gifts this morning! This year, I put very little effort in the entire thing (tsk tsk). I bought two Amazon gift cards, printed this at Walgreens, and sat down with Anna after dinner one night to pull it all together. As simple as the gift was, it was honestly pretty perfect. All teachers are great, but I think that those selected few who are "lucky" enough to call Anna her student are extra amazing ;) 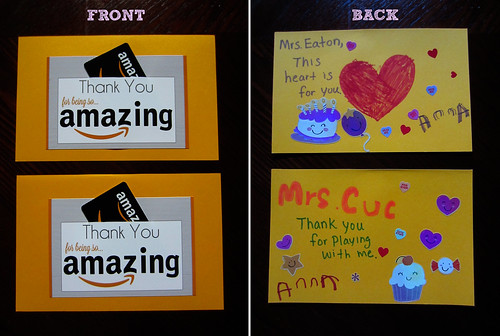 And so it begins again. Summer starts! We are off to a VACATION!
Email Post
Labels: Anna Banana school life