First Time Riding the Metro! To the Zoo! 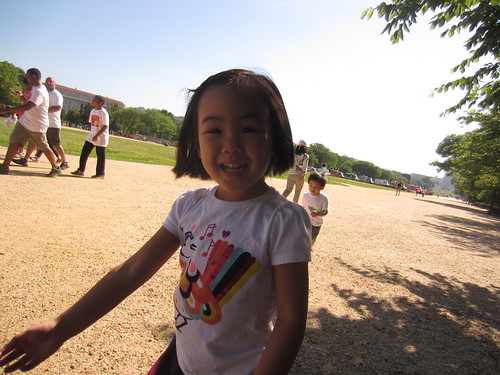 The weather was too nice to stay home so we took the kids on a little adventure. A ride on the Metro! Destination? The ZOO!

Instead of taking the Orange line all the way into the city, which would have taken forever, we decided to drive in and park near the Smithsonian stop. Then from there, we took the Orange train to Metro Center and then hopped on the Red train to Woodley Park. The entire experience was a first for the kids. Anna felt a bit scared after I mistakenly told her that would we be inside a dark tunnel (which she loves to go through in the car so I thought that might excite her), but felt better pretty quickly and ended up really liking it. Will enjoyed everything :) 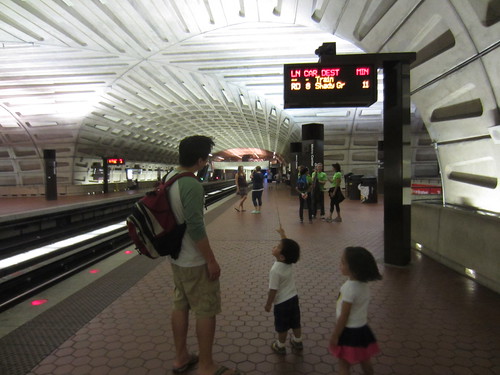 We were stroller-free so we used a large backpack to carry everything. Extra clothes, diapers, wipes, snacks, water, etc. The trains run slower on the weekends, so there was lot of waiting, but they kids didn't have any problems with that. New sights kept them occupied. And once we were on the trains, we only had a few stops before getting off. 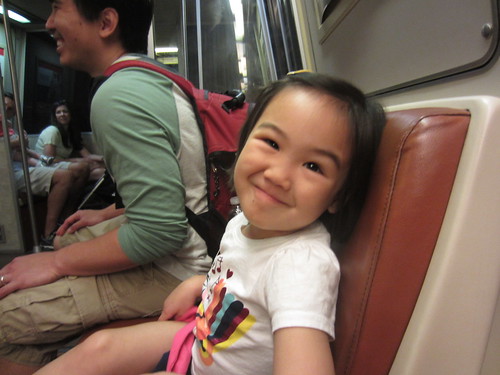 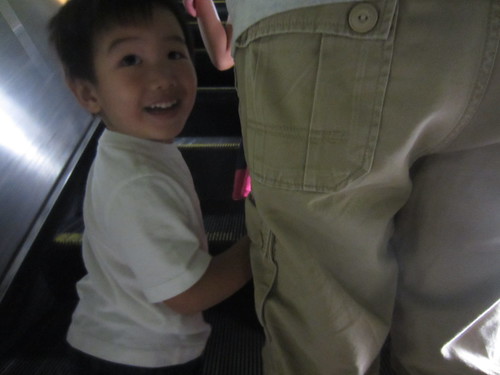 Then after we got off the Metro at Woodly Park, it was a 10 to 15 minute walk to the zoo entrance. The kids did pretty well walking this stretch, but by the time we actually GOT to the zoo, they were so tired. 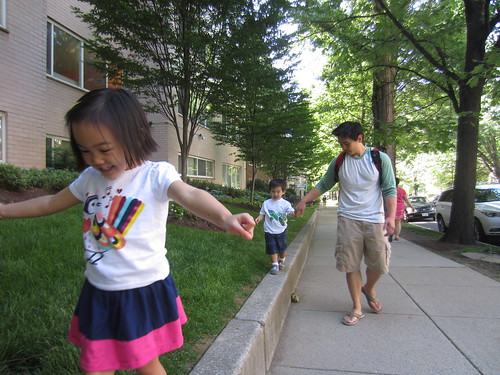 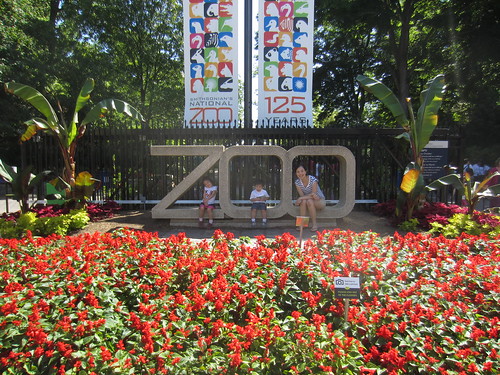 So this is exactly what we did at the zoo:

Anna took a potty break at the Visitor Center.
We rested and ate grapes and people watched.
Saw zebras.
Saw an elephant. 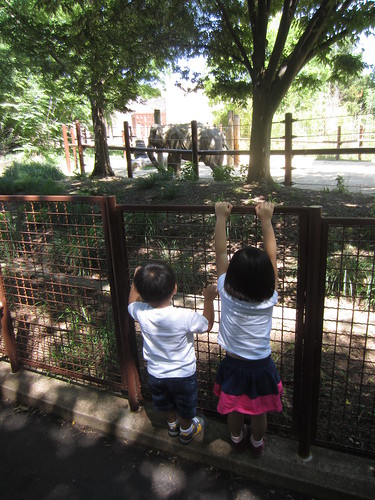 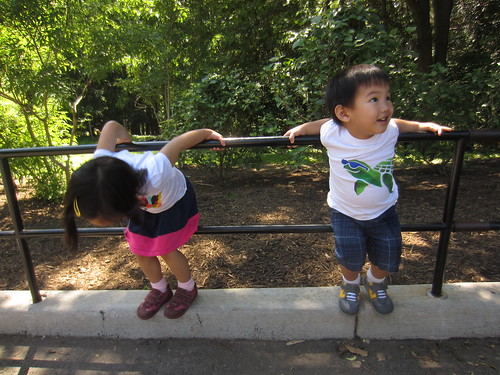 More resting while Will ate a fruit pouch. 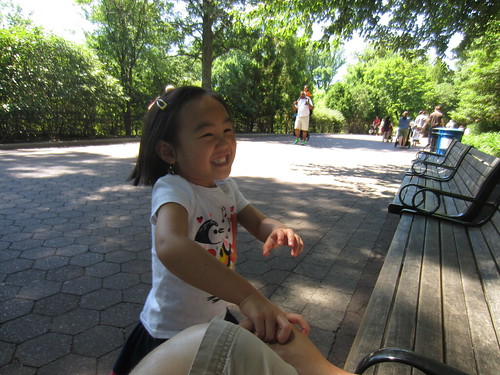 The return trip to Smithsonian was tiring because both kids were beat. Although I am going to give my little girl a shout-out because she did so good. She was tired, but marched on. Unfortunately, I can't say the same thing about Will. But he was happy as long as he was in my arms. The picture below may look like he was screaming and kicking, but it was actually his 'smile for the camera' face. 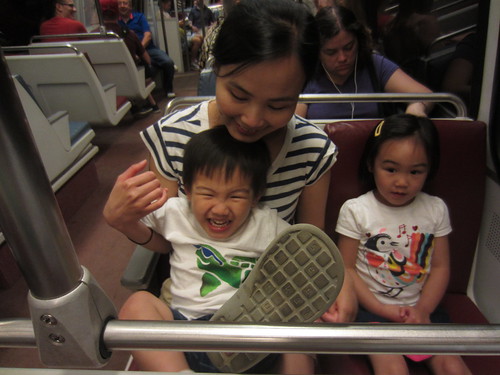 The main purpose of this entire outing was letting the kids ride on the Metro so I am not disappointed at all that we didn't see more than two animals. But now that the kids had the experience, I am not riding with them for fun again. Driving is soooooo much easier!

PS. For our late lunch we tried a new pho place in Falls Church City. We had a Groupon deal. However, after this meal, we added one more reason to stick with our tried and true from now on.
Email Post
Labels: Around DC Summer 2014