Disney Hollywood Studios is rather small compared to other parks, but we ended up spending the entire day there! The light crowd made it hard to leave - we spent a lot of time just sittin' around.

First ride of the day - Star Tours, where we raced to the Moon of Endor with a novice "pilot-in-training". I wasn't a fan of this bumpy ride. The best part of it was walking into the gift shop after the ride and finally learned what an "Ewok" was.

Next we strolled down Sunset Boulevard and went on an elevator ride inside The Hollywood Tower Hotel. This ride had me at the edge of my seat because you never know when the elevator is going to drop. When it finally did, let me just say that my butt was in the air and I didn't stop screaming.

A quick snapshot of us as we waited in the hotel lobby... 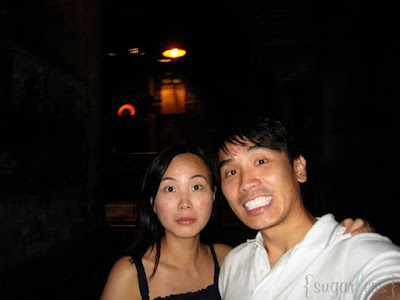 Seeing that there was no wait at the Voyage of The Little Mermaid show, hubs and I jumped in. Lighting techniques and special effects made me felt like I was indeed under the sea. Wonderful, wonderful show.

When we got hungry for lunch, we hit the ABC Commissary and chowed down burgers, fries, and a couple of desserts. Tasty! 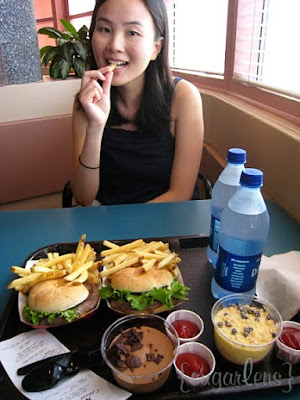 After lunch, we visited Hollywood's legendary Chinese Theater for The Great Movie Ride. We sat on a large moving tram and we were treated to scenes from famous old movies such as Casablanca, Mary Poppins, Wizard of Oz, and Alien.

At the Magic of Disney Animation, we attended a class hosted by a Disney Animator and learned how to draw Pooh. Mine didn't turn out so well. Hubs' was better, but we didn't get a picture. 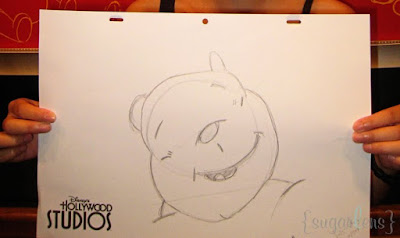 The Toy Story Mania ride was so fun. This short ride is an interactive shooting game adventure like Buzz Lightyear, except it involves video screens and 3-D glasses! You sit in a vehicle and wind and twirl your way through a maze of objectives to score as many points as you can. Shooting balloons, capturing aliens, and just generally hitting targets!

And at the end of the ride…here were our scores. Hubs won by a landslide, but notice who had the better accuracy? 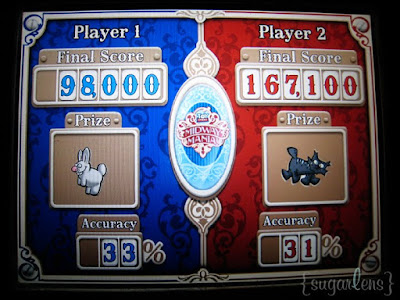 Sometimes after lunch and before dinner, we squeezed in some gigantic cupcakes. We were ready for a nap after this! And hubs did take one - at the Beauty and the Beast show. He missed out on some great singing, chereography, and dancing, though. 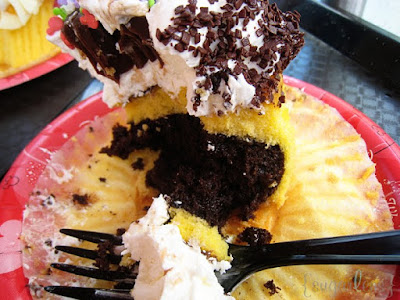 'Course we couldn't leave the park without a picture with the Sorcerer's Hat... 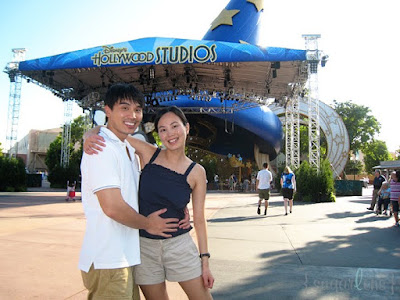 as well as one last walk through the Streets of America. 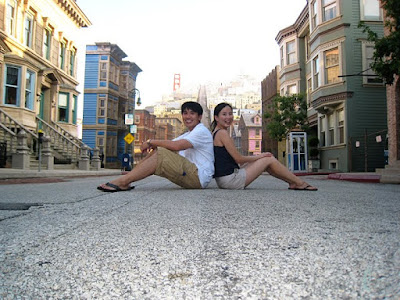 Oh Disney, how I miss you already.
Email Post
Labels: Everything Disney travel