Dublin. Hmm. To be completely honest, it wasn't our cup of tea. This young city was crowded and overwhelming. So different from the calm and scenic countryside. We only stayed a day and a half, plenty for us. Dublin is a small city, very pedestrian friendly, and if you rush, you can see it in half a day. We took our time and stretched it out a bit. We arrived in Dublin in the afternoon of Day 8 and stayed there until leaving for home on Day 10.

First, orientation. The center of tourist interest is a triangle between O'Connell Bridge, St. Stephen's Green, and Christ Church Cathedral. Within this triangle you will find Trinity College, Grafton Street, Temple Bar, and Dublin Castle. 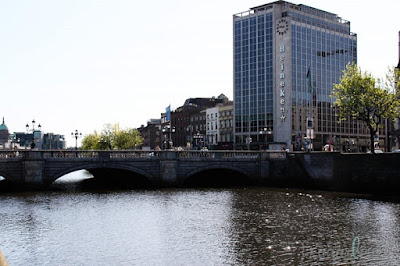 St. Stephen's Green - a relaxing park surrounded by Georgian buildings. We came here on two separate occasions. The first time was packed with people - we couldn't even find an inch of space to park ourselves! The second time we enjoyed some hash browns and people-watched under a shady tree. 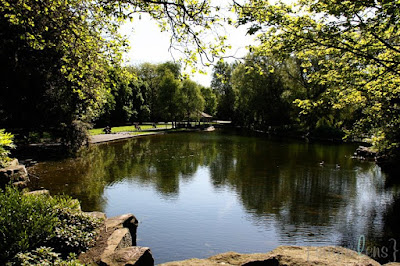 Grafton Street - the city's liveliest pedestrian shopping mall. Again, jam-packed with people. We saw flower vendors and human statues - it reminded me of Barcelona's La Rambla, but not nearly as romantic and pretty. Hubs and I couldn't get out of here fast enough - in fact, we avoided taking this street during our time in Dublin. 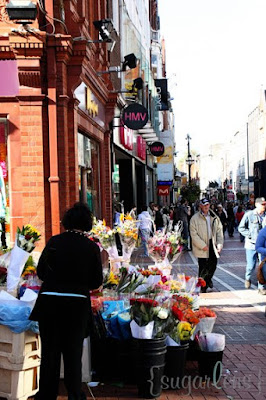 Trinity College - Ireland's most famous school and perhaps my favorite place in Dublin! There is a 30-minute tour, which includes seeing the Book Of Kells, but hubs and I passed. Instead, we relaxed on this bench and took a bunch of pictures. 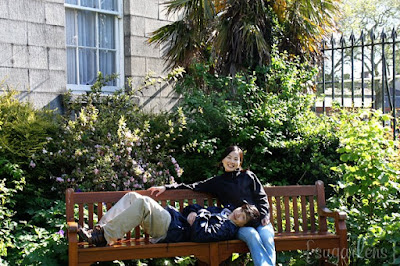 Temple Bar - Dublin's trendiest neighborhood, with shops, cafes, theaters, galleries, pubs, and restaurants. I like the cobbled streets and colorful storefronts, but other than that, there is nothing here for hubs and me. We actually walked it in the morning, without many people around. We probably didn't see the "real" Temple Bar, which is said to be an absolute spectacle in the evening. We were okay with that, though. 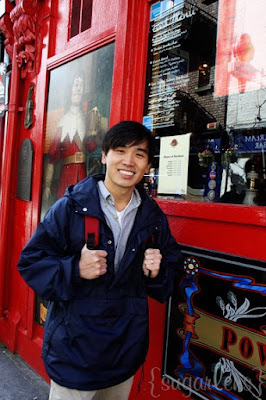 The River Liffey cuts the city in two. The southern half is where we spent more of our time, where all the attractions mentioned above are located. The northern half isn't as popular, but worth a visit.

We across the Ha'penny Pedestrian Bridge to reach the northern half. 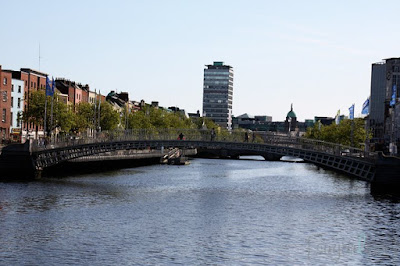 O'Connell Street is the main street of the city, located in the northern part. This main thoroughfare has everything from fast-food joints to expensive restaurants and from small boutiques to big department stores. It is home to the "Spire", the world's tallest piece of sculpture and a couple of important monuments.

Hubs and I agreed that we like this part of Dublin the least. It wasn't too long before we skipped on back over to the south side. 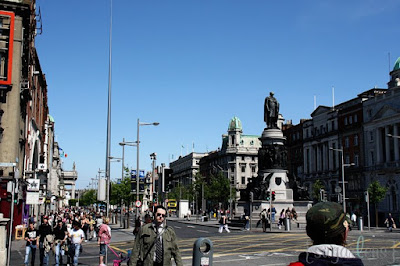 I enjoyed taking pictures of all the doors - a Dublin trademark - near and at Merrion Square. Hubs and I have about 50 photos of doors and our heads - maybe one day I will make a collage.

There is a public park at Merrion Square, the tour book said it is more inviting than St. Stephen's Green. I disagree. The tree branches were overgrown and I saw trash laying around. It was a bit dodgy, actually. 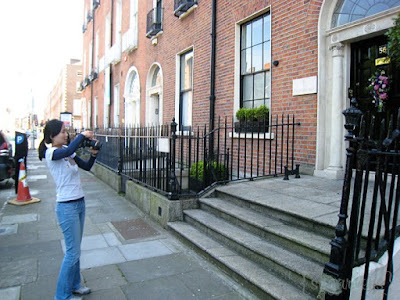 Our last meal in Ireland was also the best. Just some good ol' yummy burgers and fries. 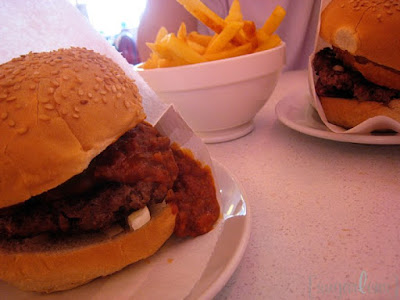 While I think visitors can easily spend 3 or 4 days in Dublin without getting bored -with all its music, theater, after-hour tours, and lively pub scene - it just wasn't us. I am glad we spent the majority of our vacation driving in the countryside and finishing the trip with a bit of time in the city. 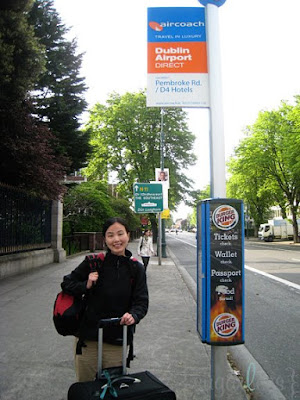 Wow, and this concludes my trip recaps! Thanks to those who have been following along and thank you for your kind comments. :) I am going to do two more posts - one on all the fantastic B&Bs we stayed at and another miscellaneous post.