This past weekend I went to a local park with a couple of friends. One friend brought her kids and they went round+round on the carousel. I took that as the perfect opportunity to play with the shutter speed setting on my camera.

For the following pictures, I set my camera to Tv mode and I tested out several shutter speeds.

Since the carousel wasn't moving too fast to begin with, I didn't have to use a very short shutter speed at all to freeze the action. 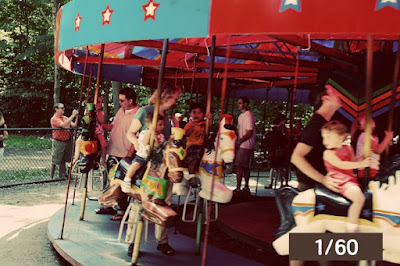 The picture became a bit blurry when I changed to a longer shutter speed. 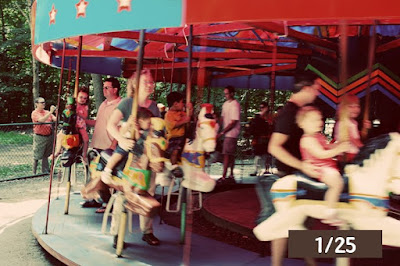 At a shutter speed of 1/5, it became very blurred. Most of us don't like blurry pictures, but I actually think this one captured the moment the best! 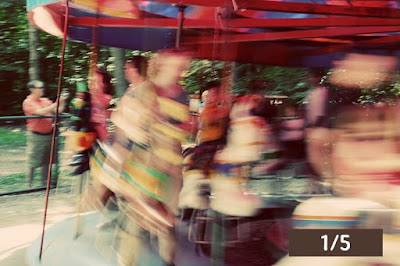 With the knowledge of aperture and shutter speed under my belt, maybe I will work my way toward going full manual (M) one day. :)
Email Post
Labels: photography