Ireland: A Day Of Driving (And A Few Stops Along The Way)

No trip to Ireland would be complete without lots of time in the car. On Day 3, we did just that. We drove from Kilkenny (southeast) to Kenmare (southwest), stopping to visit several places along the way. It was a nice day, a bit windy, but at least no rain...not until the end anyway.

After another filling breakfast, we said goodbye to Kilkenny and drove an hour to the Rock of Cashel.

Rock of Cashel, located in County Tipperary, is one of Ireland's most spectacular archeological sites and one of the most visited. It is home to the ruins of a great Celtic cathedral. 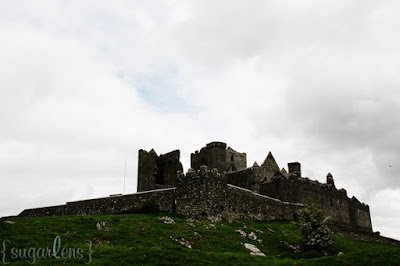 Detail shots! The cluster of ruins included St. Patrick's Cathedral, Cormac's Chapel, the round tower, a graveyard, and more.

I was really looking forward to see the Rock of Cashel, as I have read many good things about it, but it was a bit of a disappointment.

First, I was surprised at the size since I expected something much bigger.

Second, I had also hoped that the video presentation would educate me on the history of the ruins, but instead it was just basically a brief synopsis of the religion and area. Eh, wasn't too impressed overall. Good thing we sat in the back - we left in the middle of it. 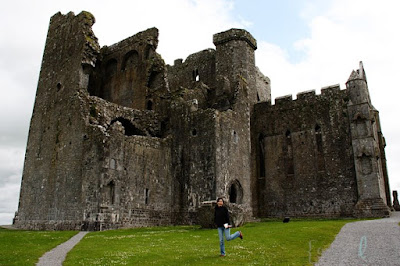 The best part of the Rock of Cashel is that it is surrounded by amazing plains and meadows. After we left the main attraction, we walked a bit. I really like this pic hubs took! 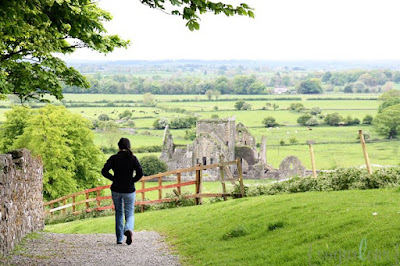 When we first started planning our trip, I had wanted to stay in Kinsale for two nights. Kinsale, located in County Cork, is one of the most picturesque and popular town in Ireland. It is famous for sea activities and gourmet restaurants.

After a more thorough research, I realized that Kinsale wouldn't make a good base for where we were day-tripping so we didn't end up staying there. Nevertheless, I still wanted to see the little town so, while on the way to Kenmare, we stopped by for a couple of hours.

The first thing hubs said when we arrived to Kinsale was that it reminded him of Sausalito. Funny he said that because Rick Steves said the same thing in his book! Kinsale, full of beautiful buildings, narrow streets, shops, and galleries, definitely looks a lot like one of our favorite places in California! 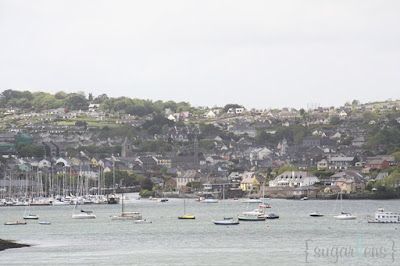 Kinsale is busy with tourists - lots of traffic. Luckily, we found a nice parking spot near the harbor and didn't have to drive through town at all. 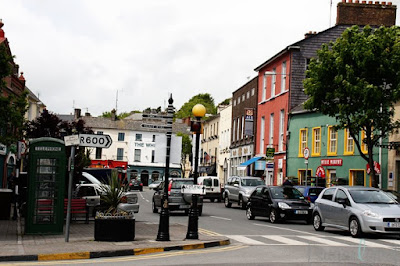 On foot, we noticed the town is indeed very pretty and quaint. I love these bold, colorful doors. 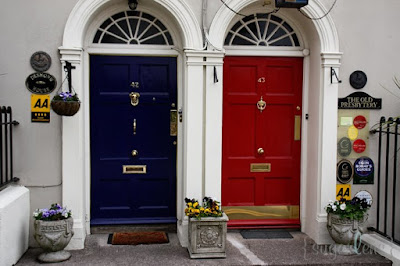 I stumbled across this exact yellow window while browsing on flickr back home and when I spotted it myself at Kinsale, I took several pictures of it. They all came out fuzzy and crooked. This one below was taken by hubs. 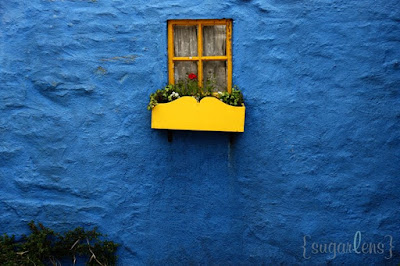 Everywhere we looked, we saw flower boxes against vibrant walls! 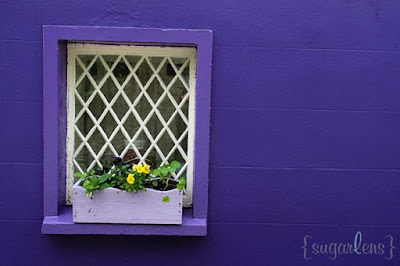 Other than walking the tiny streets and taking pictures, we also went to Desmond Castle, a heritage site right in the town of Kinsale.

Originally built as the Kinsale Customs House, it also served as an ordnance store, a prison, and a workhouse. The tower house was rather small and we walked through it quickly.

Hub snapped this picture of the town through one of the windows inside the house. 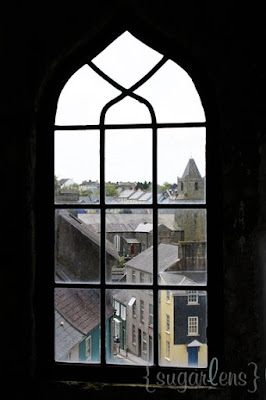 After touring Desmond Castle, we slowly made our way back to the car. At first, we wanted to take the scenic coastal route to Kenmare, where we would be staying for the next two nights. It didn't work out that way - we couldn't find the darn road! We drove in circles* for, like, 20 minutes and eventually gave up.

So we ended up driving the boring inland route, but that meant that we would pass by another heritage site and put our cards into good use!

Charles Fort is a star fort located on the water's edge, located just a short distance from Kinsale. Here is hubs at the entrance. It was very windy! 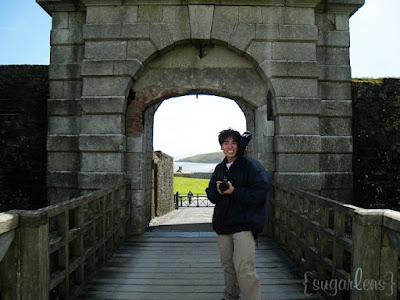 As one of the largest military installations in the country, Charles Fort has been associated with some of the important events in Irish history. 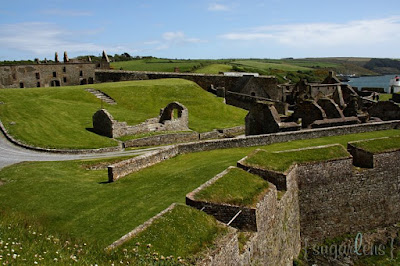 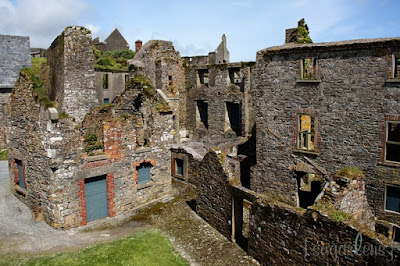 A shot of the open sea! 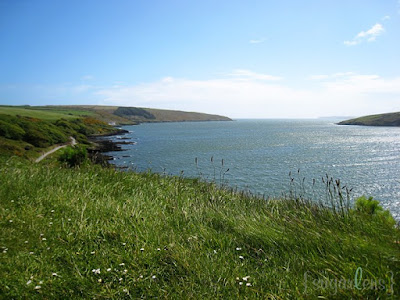 Just as we were leaving, hubs climbed up this hill and came back down with this yellow flower for me. :) And here is a picture of me, taken by hubs (duh), by a stone column. 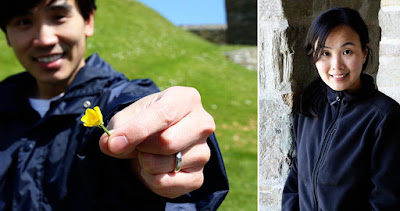 After the fort, we made a long drive, without any other stops, to Kenmare. We found our B&B immediately, checked in, and found ourselves sipping on hot tea* and chowing down those cookies a few minutes later. 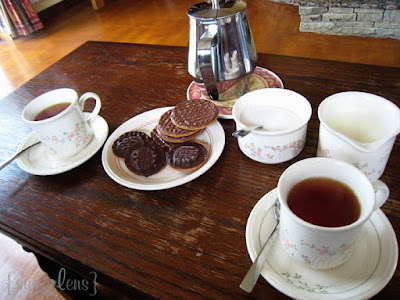 After tea and cookies, we wanted to walk to town (only 10 minutes away), but as soon as we stepped out the front door, it began to rain. We turned around, went back to the room, showered, watched TV, and fell asleep.

Truthfully, by the end of Day 3, I was getting tired of all those heritage sites! They all started to look the same after a while. Fortunately, it worked out nicely because we only visited one more for the remainder of the trip. For the next few days, we witnessed the beautiful Ireland countryside. Pictures are about to get much better, I promise!

*Seriously, Ireland, invest in some road signs, please!
**While on vacation, I got used to having afternoon tea. In fact, I really love tea now, especially with cream and sugar. I am actually in the market to buy a nice tea set, but haven't had much luck yet.
Email Post
Labels: travel