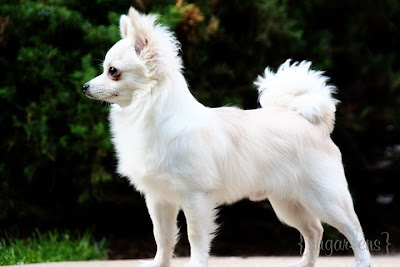 Parents always say that you take most pictures of your firstborn. I think that's absolutely true and it applies to dogs, too.

We took a gazillion pictures of Pargo when he was a puppy. Pargo eating, Pargo sleeping, Pargo chewing, Pargo running. Now with Pesto, we hardly have any pictures! On top of that, most pictures we do have are of him indoors, which translate to poor lighting and boring background.

Tonight while hubs is in class*, I took the boys** out for a photoshoot. Except for my constant calling for them, they had fun sniffing around.

I thought I got some good photos, but it turned out I didn't. So I (once again) faked it with Photoshop. The resulting color is both vibrant and soft. Not too bad, if I do say so myself. 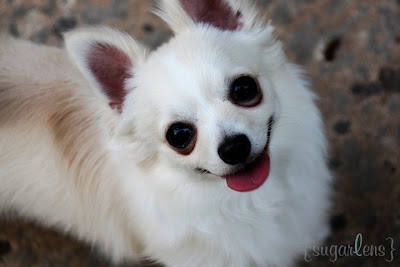 *Hubs is in his last class for the semester right now. After tonight he's off until 5/30. Only two more semesters to go, people. Hubs is really piling on the classes and kicking major booty. So proud of my little student.

**Unfortunately, no photos of Pargo to show and tell. Photoshop isn't that amazing.
Email Post
Labels: the furry ones