On the morning of our second day in Madrid, we took a short excursion outside of the city to El Escorial, an historical residence of the king of Spain. We spent a couple of hours there and returned to the city in mid-afternoon. This post details that particular afternoon and the next day. I will write about our trip to El Escorial another time.

Madrid's main park, Park Retiro, is very popular among tourists and locals. It is home to several sculptures, monuments, and a boating lake. People enjoy taking relaxing strolls there.

Oh my goodness, on the day we went, it was anything but relaxing. On top of the cold weather, it was windy (sand blowing everywhere!) and rainy. We walked for a bit, took pictures, and left.

Interestingly, a co-worker of mine recently spent a week in Madrid and she went to the park twice. On both occasions, she said it was 75 and sunny and super nice. I guess when traveling, it's all about luck! 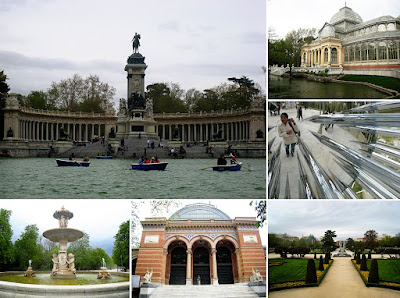 We timed it pretty well; by the time we left Park Retiro, the free admission was just starting at Museum Prado. However, when we arrived, we were greeted by this loooooong line of people waiting to get inside. On a good weather day, it would had been fine to wait, but we decided against waiting that day. It wasn't worth that much trouble to save a couple of euros.

After warming up at Starbucks (chocolate muffin never tasted so good), we decided to go to Museum Reina Sofia instead. 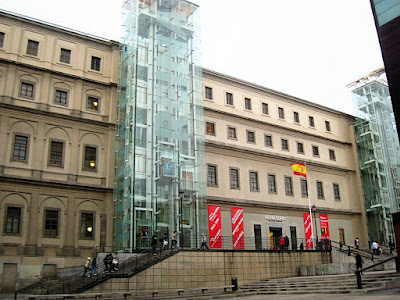 I like this museum! It's a treasure-house of contemporary and modern art. We saw the museum's most famous painting, Picasso's "Guernica". Paintings by Miró and Dali are also well-represented.

Sunday was our last full day in Madrid. We got lucky because Madrid's largest open air flea market, the Rastro, is hold on Sundays! I had lots of fun walking around, looking at antiques, and wondering who would buy such things. Some vendors sell brand new products, such as framed hand-drawn sketches of famous Madrid landmarks. At 10 euros, I am kicking myself for not buying any as souvenirs. Sigh. 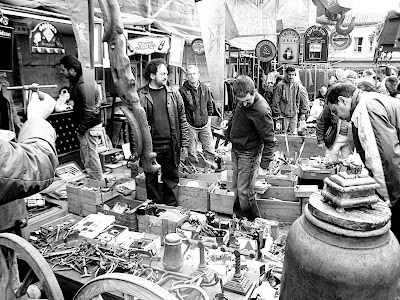 We then spent the next few hours checking out some monuments around the city.

Gran Vía, one of Madrid's most famous streets. There are hundreds of businesses - upscale shops, hotels, restaurants, bars, and theatres 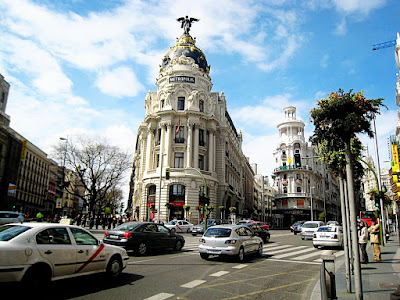 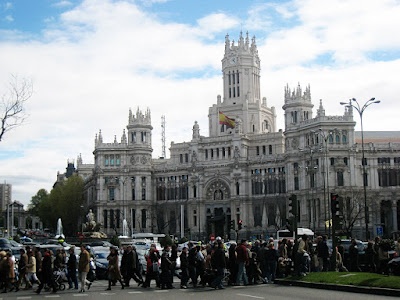 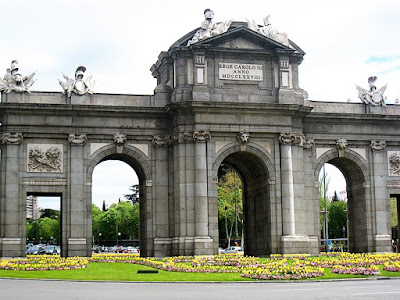 We eventually got tired of walking and decided to try Museum Prado again. This time, we paid immediately and went in. Since we weren't going to spend hours and hours in the museum, we referred to the museum brochure for the must-see masterpieces. I am not an artsy person. In fact, I don't even take advantage of the abundant free museums in DC. However, art museums in Spain are somehow different and, as with Reina Sofia, I like Prado, too! 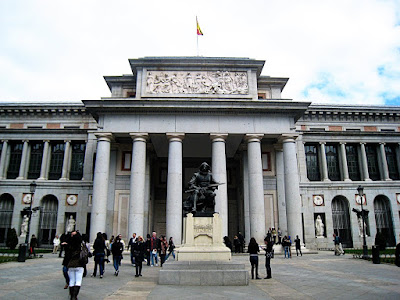 "Las Meninas" by Velazquez, the most famous painting at Prado. 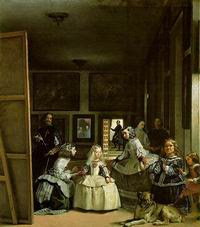 Next to Prado is the Royal Botanical Garden. The plan for that night was to see a bullfight, and because we still had time, we visited the botanical garden on a whim. I took some pictures, but nothing great since there were hardly any flowers.

Few hours later, we arrived at Las Ventas only to find that we were too late for the bullfight! Ugh! I don't know how we got messed up, but I suspect daylight saving (it had just started that day) had something to do with it. So anyway, we missed the bullfight, but now looking back, it wasn't a big deal. Who wants to see poor defenseless animals getting killed anyway?

We still took a few pictures outside of the stadium, though. 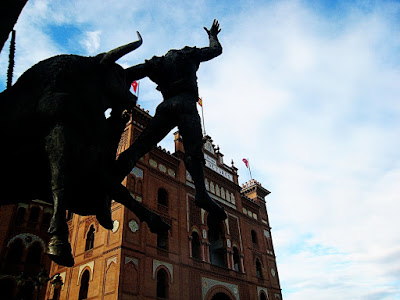 Because we missed the bullfight, our evening was freed up to roam around some more.

We hopped on the metro and went to Plaza de España. From there, we hiked up to Templo de Debod and saw sunset from above. 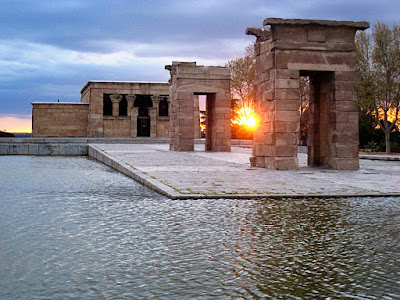 Later, as we moseyed back to our hostale, we passed by the Royal Palace and caught some nice shots. 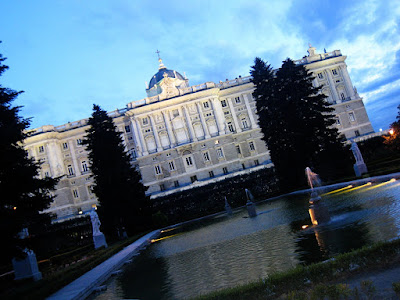 This is right next to the Royal Palace, I never did figure out what exactly it is. Pretty, though. 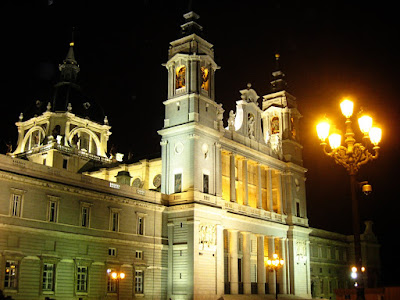 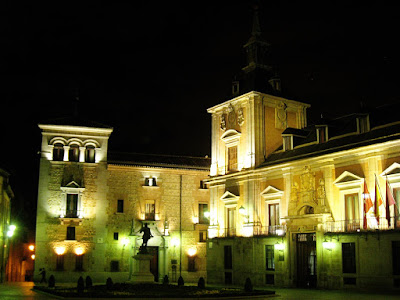 What a beautiful city!